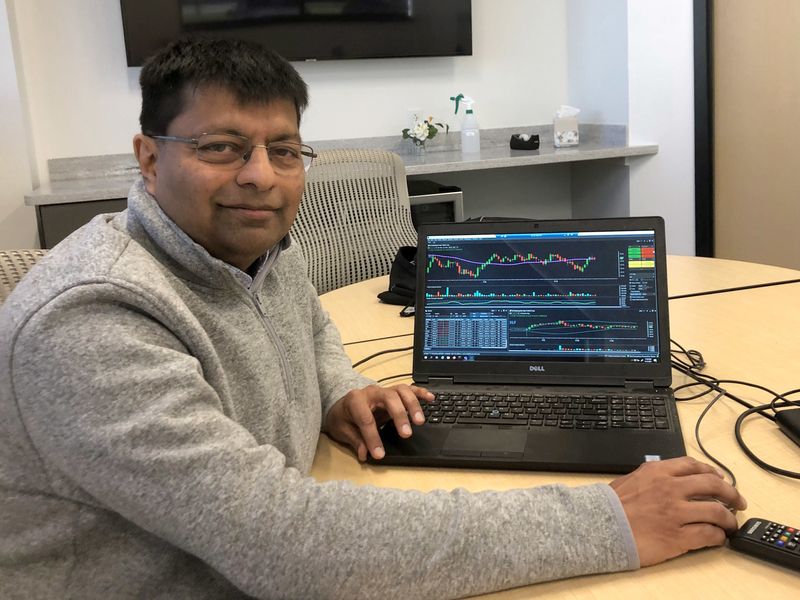 Michigan is home to an early stage technology that is bringing brokerages up to speed with trading trends.

It might not have been that way without an early champion.

“Patti Glaza is my go-to person. She was one of my early believers. I don’t know if we’d have remained in the state if it wasn’t for Invest Detroit,” said Paresh Malde, founder and co-CEO of Okemos-based SU2 Systems Inc., doing business as Orion Trading Systems. The company’s technology allows traders to trade a variety of financial instruments through different brokers without having to log on and off at a different firm with every transaction.

She said she first heard about Orion and Malde in 2017 from Dave Washburn, executive director of the Michigan State Foundation. She was impressed by the platform, branded as Orion Multi-Trader.

“You could do it all in one place, which makes sense for a trader building a complex strategy across multiple assets brokers. It’s a phenomenal tool,” she said. “They have a unique opportunity to own the space.”

She also liked that while the company was a startup, it was building on technology that had been developed at Malde’s previous company, Avadhi Financial Technologies Inc., a provider of IT services and software to financial institutions that didn’t survive the Great Recession. Orion’s technology was far more sophisticated than would normally be the case at a startup just beginning to seek funding.

“This is my restart,” said Malde. He says Orion, which has six employees, should be on a revenue run rate of $1 million annually before the end of this year and increase that substantially next year, as they add partnerships with more brokerages and the ability to execute cryptocurrency and foreign exchange (Forex) trades on Multi-Trader.

Revenue is generated either through subscriptions or fees per transactions. A broker can license the technology and pay Orion to let its customers use the platform, or a broker’s clients can be charged a small per-transaction fee by Orion, generally 20-50 cents per transaction.

Malde said he has other major traders in the negotiating pipeline, with some deals imminent.

After the recession hit, Malde, who has a Ph.D in theoretical physics from the University of Michigan and a Ph.D in mathematics from Western Michigan University, was head of technical operations and vice president of banking and capital markets in the Ann Arbor office of California-based Nexient, an IT outsourcing company, before launching Orion.

Invest Detroit has invested twice in Orion, the first for $150,000 in 2017 and a follow-on investment of $50,000 last year as part of a COVID support bridge round to help offset any pandemic-related issues. Red Cedar Ventures, the investment arm of the MSU Foundation, has invested $75,000 in Orion, in three tranches, including the COVID bridge round.

Malde said he hopes to finish another funding round, of up to $3 million, by the end of summer. “Our customers are investing in us, which is a huge validation,” he said.

He had one lead investor lined up last year, but when COVID hit, the investor backed out, delaying the funding round until this year, Malde said. His lease for office space with the MSU Foundation was nearing its end and his employees, like employees everywhere, began working from home.

Glaza’s support went far beyond writing checks. Last fall, she sponsored Malde in an entrepreneurial competition being held by Amazon. Orion ended up winning $100,000 in cloud-based goods and services.

Malde has benefited from relationships he built pre-recession, particularly with Franklin Gold. From 1998-2017, Gold was an executive at Boston-based Fidelity Investments Inc., the last six as senior vice president of research and education.

Fidelity was a customer of Malde’s at Avadhi and planned to start trading futures using Avadhi technology. When the recession hit in 2008, Fidelity pulled the plug.