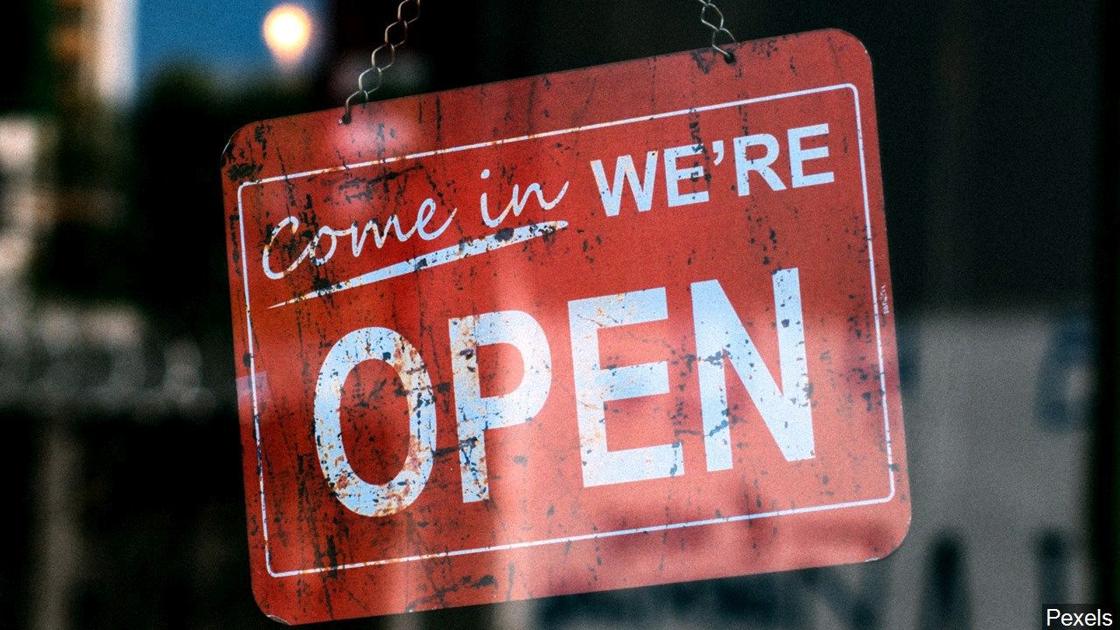 Frederick Duckloe & Brothers of Portland is holding a going-out-of-business sale after more than a century of making and selling furniture. The COVID-19 pandemic followed a couple bad years, leading to the decision to close. The business started in 1859. With an aging customer base, typically in their 60s and up, the third-generation family business made the tough decision to end its 162-year run.

Duckloe says it has put $7 million of inventory on sale at its Delaware Avenue showroom. That includes its own Duckloe brand and other products. The store may remain open until early in 2022, depending on demand.

Rod’s Dogs has opened at the Easton Public Market. Rod’s serves North Jersey-style fried hot dogs, known as “rippers,” along with chicken and vegan hot dogs, burgers, fries, onion rings and bratwurst. Owners Mike and Rebecca Pichetto converted their former Full of Crepe spot at the market into Rod’s and opened this week.

Fried hot dogs are known as “rippers” because when deep fried, the casing sometimes bursts or “rips.”

A new and improved Chick-fil-A is planned for the Broadcasting Square shopping center in Spring Township, Berks County. The existing restaurant will be knocked down in favor of a new layout with two drive-through lanes, not one. Chick-fil-A and other fast-food restaurants have seen increases in drive-through orders during the COVID-19 pandemic.

The new restaurant will have fewer indoor seats. Preliminary plans were presented to the township recently, and no date has been set for when the new Chick-fil-A will open.

The independent Linden Pharmacy has opened at 3010 Linden St. in Bethlehem. Pharmacist Madhvi Patel’s business is open Monday through Friday, 9 a.m. to 6 p.m., and 9 a.m. to 1 p.m. on Saturday.

Bitty & Beau’s Coffee in Bethlehem may soon be open. The chain was founded to provide employment for people with intellectual and developmental disabilities, such as autism and Down syndrome. The company’s website indicates that the 74 W. Broad Street shop is “Coming soon!” and a sign downtown says the same.

Amy and Ben Wright, who have four children — three with intellectual disabilities — opened the first Bitty & Beau’s in North Carolina in 2016. There are now 23 shops in 12 states, employing more than 200 people, according to their website. The chain is named after two of the Wright’s children.

The Friendly Food Mart at 2101 Center Ave. in Reading is now a U-Haul Company of Pennsylvania neighborhood dealer. The truck rental company has more than 20,000 independent dealers in the U.S. and Canada, giving local businesses a chance to supplement their income. Friendly Food Mart will rent trucks and sell U-Haul moving supplies.

Ott Consulting Inc. has a new location at 326 S. Second St. in Emmaus. Founded by Jeffrey Ott, the company is a civil engineering, surveying and landscape-architecture firm that also has an office in Bangor.

Also in Emmaus, Yergey Brewing has moved to 235 Main St. The new brewery and taproom has more room than the old Bank Street location. Family-owned Yergey is open from 4 p.m. to 9 p.m. Thursday and Friday, noon to 9 p.m. Saturday, 2 p.m. to 7 p.m. on Sunday, and closed Monday, Tuesday and Wednesday, according to the brewery’s website.

The PA Smoke Shop may be opening soon at the small retail strip at 848 Nazareth Pike, according to a sign on the storefront.

Around the corner at the intersection of Jandy Boulevard and Route 191, a “Coming Soon” sign for Wawa is up. The convenience store will also sell alcohol, according to a Liquor Control Board notice posted nearby. However, Wawa’s website does not provide an estimated opening date for the store, and ground has not been broken at the 4089 Jandy Blvd. location, across Route 191 from the AutoZone store.

SlayStation, a new salon and boutique, has opened at 513 W. Linden St. in Allentown. The salon also provides apprenticeships for aspiring cosmetologists and classes for clients. SlayStation serves clients with all types of hair textures.

The Taste Smokers of Bethlehem has held its grand opening at 324 E. Third St. The food-truck operation has gone to a bricks-and-mortar location, featuring its Chicago-style barbecue. Taste Smokers has been a featured food truck at many local breweries. Pit Master Quartez Moore also caters for special events.

If you know of local business openings or closings, please notify us here.

· All Weather Selvedge Denim Co. (AW) opens at The Promenade Shops at Saucon Valley in suite 608, next to Evolve Salon & Spa.

· PrimoHoagies, the casual restaurant known for its gourmet hoagies, plans to open two restaurants in Stroudsburg.

. Air Products Chief Financial Officer and Executive Vice President Scott Crocco to retire on September 30, 2021 after 31 years with the company. Melissa Schaeffer will succeed him

· Laura McLain, executive director of the Slate Belt Chamber of Commerce, will retire at the end of 2021 after 21+ years of service.

. Owners of Tucker Silk Mill to open wine bar and garden in down Easton in early 2022. Kabinett will have a mostly Australian and German wine list, with light fare, and an outdoor patio overlooking the Delaware River.

· The Trolley Stop diner opened May 29th at 201 S. McCartney Street in Easton

· Bitty & Beau’s, a coffee shop that employs people with disabilities, will set up shop at 74 W. Broad St. in Bethlehem.

· Semper Pie, 14 S. Reading Ave. in Boyertown, hosting grand opening with cheesecake and more on May 22.

· The Red Rose Diner, Route 22 in Phillipsburg, has announced that it will close its doors May 2.

· The Da Vinci Science Center announced that Lin Erickson, executive director and CEO, has been named a Take the Lead honoree by the Girl Scouts of Eastern Pennsylvania.

· Jack Callaghan’s is reopening as Cuzin’s Pub and Grill at 2027 W. Tilghman St.

. John L. Walsh will retire as President and CEO of UGI Corporation on June 25, 2021. He will continue to serve as a member of UGI’s Board of Directors.

. Bru Daddy’s Brewing to launch new restaurant, Blended by Bru Daddy’s, on downtown Allentown ArtsWalk. Soft opening is planned for May with grand opening in June.

· Center for Vision Loss, a nonprofit in the Lehigh Valley and Monroe County, changes name to Sights for Hope

· Krave 2 Taste opens new location at the Lehigh Valley Mall, next to Verizon. The frappe and smoothie shop will hold a grand opening event on March 27 from 12-3 p.m.