Opinion | Why Are Tech Companies Pretending to Be Governments? – The New York Times 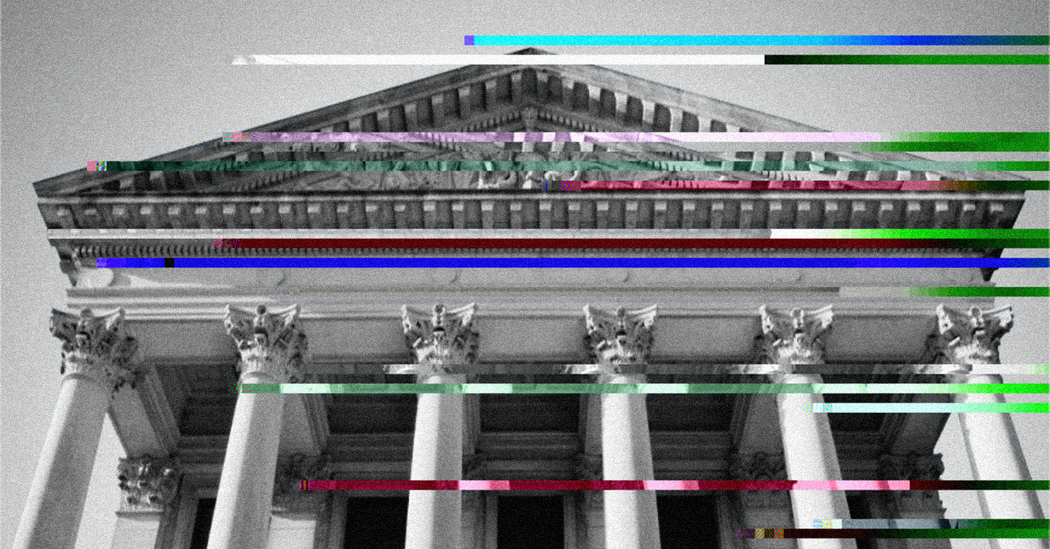 Philadelphia spent almost half a million dollars wooing Amazon’s HQ2 campus in a 2018 competition that the company billed as merit-based. So city leaders probably weren’t thrilled to read in a new book that one of the company’s top executives frowned on its bid because he couldn’t abide the Eagles, the city’s football team.

Andy Jassy, since tapped to succeed Jeff Bezos as Amazon’s chief executive, “opined that he disliked the city, which was the bitter rival of his favorite football team, the New York Giants,” according to “Amazon Unbound,” by a longtime company chronicler, the journalist Brad Stone.

The HQ2 process was an example of an increasingly common feature of American life: big tech companies putting on shows of government-style decision-making about government-scale issues. Recent examples include Facebook’s reliance on an ersatz judiciary to decide whether Donald Trump may resume posting and Uber’s efforts to create different labor standards for that special group of workers known as Uber drivers.

Public outrage tends to focus on the poor quality of these pantomimes. The real injustice runs deeper. In a representative democracy, the process confers legitimacy on the result. A piece of legislation or a court ruling commands compliance because the decision is made by duly empowered representatives acting under the law.

Corporations behave like governments because they want to invest their decisions with that sense of procedural legitimacy. But they do it for the purpose of warding off the government.

The show is a sham, a mockery of democracy. Corporations may be people, but they’re not polities. Their executives are not our representatives. The rules they choose to follow are not laws. And legitimacy cannot be borrowed to justify decisions contrary to the public interest.

Amazon’s national bake-off showcased the company wielding its economic power in an apparently responsible fashion that actually served as a mechanism to subvert the public interest by squeezing local governments for incentives. In the end, after abandoning New York for insufficient enthusiasm, Amazon is building in Arlington, on a site directly across the Potomac River from the heart of the actual government.

The company is also a national leader in the use of mandatory arbitration — contractual clauses that shift dispute resolution from the judicial system to private courts. Amazon requires the roughly 2.5 million third-party sellers on its website to accept arbitration of any disputes with the company, and it prohibits them from joining forces. The system “functions as a way for Amazon to keep disputes within its control, with the scales tipped heavily in its favor,” the House Judiciary Committee concluded last year.

Facebook is deeply invested in writing its own rules, too. Mark Zuckerberg, the company’s founder, decided in 2018 to create an oversight board he described as “almost like a Supreme Court” to adjudicate the boundaries of acceptable speech in the private company’s public squares. The federal government has exempted online publishers from some of the legal responsibility assumed by those who print on paper and allows them to make their own rules. Mr. Zuckerberg observed in The New Yorker this year that “maybe there are some calls that just aren’t good for the company to make by itself.” He’s right.

Other examples abound of technology companies engaging in regulation in the style of government. Bitcoin is an alternative system of monetary regulation — one whose popularity rests in part on facilitating illegal activity. Uber’s stock price reflects its disdain for municipal taxicab laws and its success in arguing that it is creating a better set of rules. YouTube has long maintained its business might not survive if it had to prevent contributors from violating copyrights; its success rests on obtaining government support for an alternative standard under which websites are required only to play Whac-A-Mole.

The government’s permissive attitude toward technology companies reflects the special place that frontiers have long held in American life and imagination.

New places were embraced as the solution to old ailments. As Greg Grandin writes in his acute 2019 book, “The End of the Myth,” the western frontier “allowed the United States to avoid a true reckoning with its social problems, such as economic inequality, racism, crime and punishment, and violence.” The sense of limitless possibility — and the absence of hierarchy — was an argument against the reallocation of existing resources.

The frontier, however, was also a place where people could take liberties.

There’s no need to pick up the fish and slap you across the face with it. The parallels with the electronic frontier are clear enough. Tech companies present themselves as pioneers empowering people to build communities, to obtain goods and services, to earn a living. But they also are in the business of taking liberties at public expense.

When companies are allowed to strike the balance, there may be some congruence with the public interest, but not enough. Corporations are participants in a system, not the system administrators. Regulating the nature and pace of change is one of the most important roles of government. It’s a job the government needs to take more seriously.

As for Philadelphia Eagles fans, who have famously booed Santa Claus and pelted him with snowballs, they now can aim their jeers at a different delivery service.