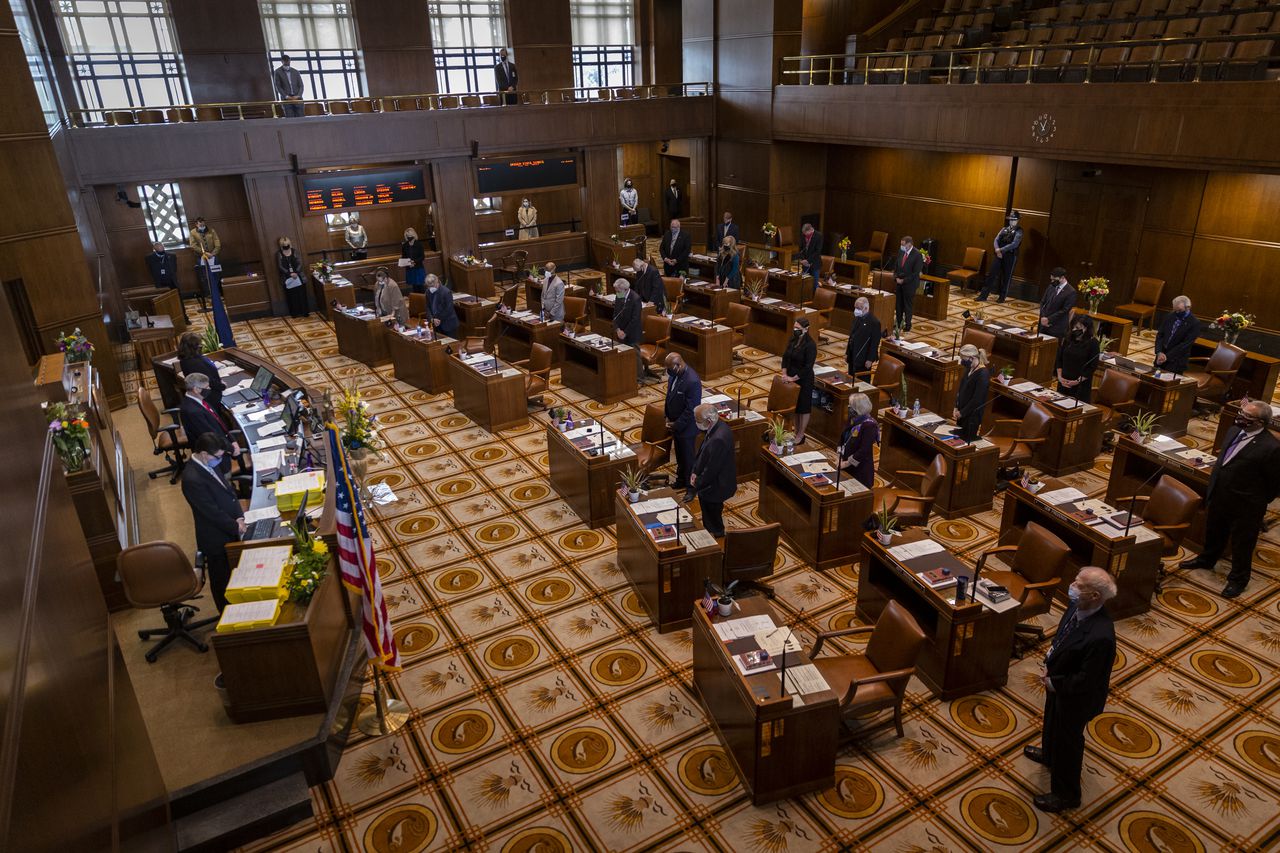 The Oregon Senate on Thursday morning narrowly passed a plan to scale back a controversial business tax break that critics say has not led to the job creation it was supposed to generate.

Senate Bill 139 would eliminate the break for businesses with more than $5 million in annual profits and tighten employment requirements, while slightly reducing tax rates for businesses with income up to $1 million a year. The bill narrowly passed on a 16-13 vote with Sen. James Manning Jr., D-Eugene, excused. Most Democrats and Independent Sen. Brian Boquist of Dallas voted for the bill, while all Republicans and two Democrats — Sen. Betsy Johnson of Scappoose and Sen. Deb Patterson of Salem — voted “no.”

Boquist and Sen. Ginny Burdick, D-Portland, spearheaded the bill and both said they have received many emails from people who incorrectly believe the proposal would raise taxes on small businesses. “Every single email I got, over 100, I replied personally to,” said Boquist, who is also a business owner. He said that after he explained to people that small businesses would actually receive a tax cut under the bill, they generally supported it.

In Burdick’s floor speech, she read a satirical, imaginary email that she said would more accurately reflect the business owners who stand to lose under her proposal. “Dear Sen. Burdick, I am a multimillionaire business owner and I oppose Senate Bill 139,” Burdick said. “For years, my partners and I have taken advantage of tax rates as low as 7% …”

The pass-through business tax break cost the state approximately $125 million in lost revenue in 2019 and saves a similar amount for the taxpayers who benefit from it. Senate Bill 139 is not expected to make a huge change to those numbers. In 2021-2023, legislative economists predicted it could result in an additional $41.7 million in state tax revenue and that figure could go up to $60 million in 2023-2025.

The Senate also passed a convoluted companion proposal, Senate Bill 727, which Boquist and Burdick said would help businesses — including those to be barred from the state break anymore due to more than $5 million in annual profits — to cut their federal tax bills.

Republicans joined Democrats to pass Senate Bill 727 on a 22-7 vote. The proposal would create a new voluntary state business tax, which pass-through businesses could opt to pay and then deduct from their income for federal tax purposes. To ensure those businesses wouldn’t actually pay more state taxes, Oregon would then issue tax credits to the owners drawing income from those businesses. Taxpayers would have to pay an estimated $733,000 to set up and carry out the regime in 2021-2023, including hiring eight temporary and permanent employees, according to a legislative document. The cost in 2023-2025 could be $648,000.

Burdick said she wished the state could make the tax-saving strategy available to all Oregon taxpayers, not just pass-through businesses with the knowledge and resources to take advantage of it. However, Burdick noted that the IRS has only signed off on this specific pas-through business approach to get around the limit on federal deductions of local and state taxes under President Donald Trump’s 2017 tax law. Upper-income earners, especially those in states with higher taxes, were particularly impacted by Republicans’ cap on the deduction, according to the right-leaning Tax Foundation. Republicans limited the federal deduction to help pay for other large tax breaks for businesses.

One Republican who voted “no” on the plan, Sen. Lynn Findley of Vale, said he agreed with U.S. Sen. Bernie Sanders, who has said Congress should not lift the cap on the state and local tax deduction because it disproportionately benefits wealthy and powerful people.

The federal limit on deductions of state and local taxes is also set to end after 2025, a legislative lawyer told lawmakers earlier this year.

Both tax bills now go to the House.

Subscribe to Oregonian/OregonLive newsletters and podcasts for the latest news and top stories.