Out with the old, in with the new | Business | newspressnow.com – News-Press Now 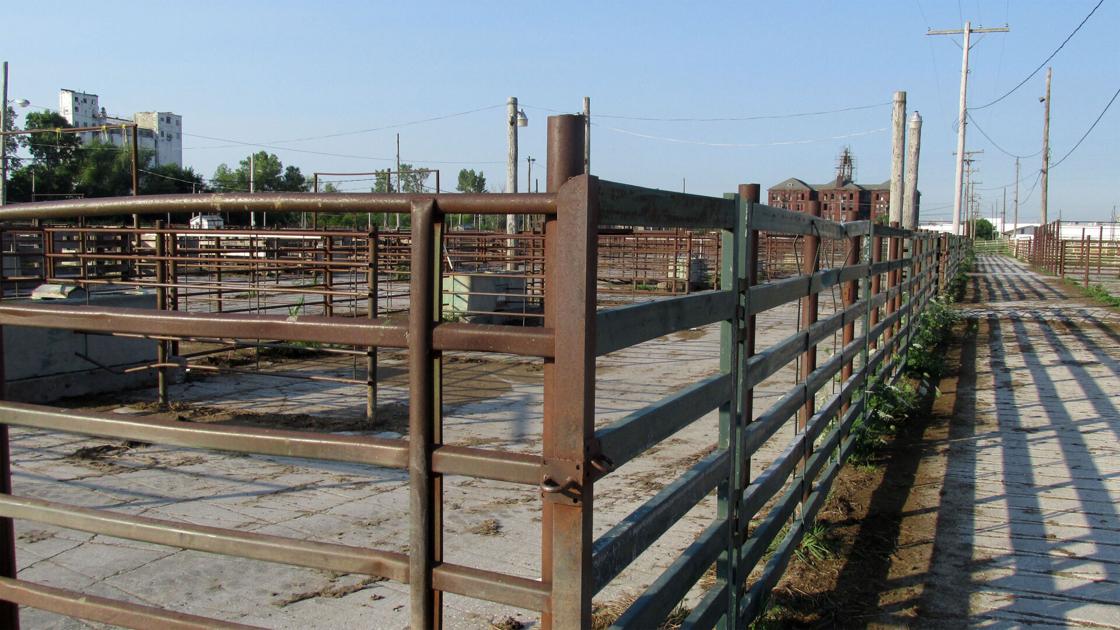 It’s possible to walk among empty livestock pens or the vacant sale barn and imagine a scene from the glory days of St. Joseph’s stockyards.

“The stockyards was a booming place,” said Dean Van Schoiack, an Andrew County cattleman who now serves in the Missouri House of Representatives. “The Livestock Exchange Building was more like a city. You could go there and spend an entire day getting your livestock sold, collecting your check, eating in the restaurant. You had a barbershop, even.”

Today, an observer would need to move quickly to catch a glimpse of the stockyards that once pulsed with acres of cattle and hogs, fueling St. Joseph’s economy. It’s all coming down — more than 20 acres of pens and barns — to make room for future expansion at Albaugh, a growing ag chemical business across the street. The Livestock Exchange Building was not part of the Albaugh acquisition.

“We don’t have any set plans,” said John Froehlich, chief technology officer at Albaugh. “We continue to have a lot of growth plans and view the opportunity across the street in the stockyards area as that continuation with growth. Since 1991 we have really grown in terms of capacities.”

If the stockyards represent a past vision of St. Joseph’s economy, Albaugh might reflect a view of the future, one that has a footprint on multiple continents. The private company, which makes herbicides, insecticides and fungicides, started with about 20 employees when it came to St. Joseph in the early 1990s.

Today, it employs 200 in St. Joseph following numerous expansions, including a 64,000-square-foot production building four years ago. The company specializes in generic crop protection products, including the popular herbicide glyphosate. Headquartered in Ankeny, Iowa, it has operations in Mexico, Argentina, Brazil and Slovenia.

“It’s kind of under the radar in St. Joseph,” said Brad Lau, vice president of economic development for the St. Joseph Chamber of Commerce. “It’s a pretty amazing story.”

Lau said Albaugh’s growth marks a key phase in the long-term efforts to revitalize the stockyards area following the closing of major meatpacking plants like Swift and Armour and the 1993 flood that knocked out Monfort Pork. When Triumph Foods was building its new plant, part of the redevelopment involved the removal and cleanup of old pens that gave an impression of decay.

“It certainly is the last remnant for the stockyards in that area,” Lau said as demolition crews work on dismantling the stockyards. “We realized it was only a matter of time before it transitioned into something else.”

Van Schoiack, who attended St. Joseph’s last livestock sale in May, agrees there was a certain inevitability in the closing. He recalls days when the Exchange Building included a giant board that listed prices at Cincinnati, St. Louis, Chicago and Cleveland. Now, he’s more likely to travel to a sale barn in Gallatin, Clarinda, Iowa, or Falls City, Nebraska.

“The St. Joseph stockyards was the last of those great national stockyards,” he said.

It’s gone, but not forgotten, even at Albaugh. The company’s main building, a brick structure located on Stockyards Expressway, contains laboratories and offices that would be expected inside a modern agribusiness. It also features rich wood paneling and even an old vault, remnants of the Swift meatpacking company that once had its headquarters inside that same building as far back as the 1930s.

The French chemical company Rhone-Poulenc moved into the former Swift building in 1974. Dennis Albaugh, an Iowa entrepreneur with a background in the chemical business, eventually purchased it and made St. Joseph the center of his company’s U.S. manufacturing.

For Froehlich, the building remains an anchor to the past as Albaugh looks ahead to a different kind of ag economy in the 21st century.

“With this building we’re in today, we’ve tried to preserve that history as best we can,” he said, “with also our eye on our business. We’ve seen that evolution of business in St. Joseph and Albaugh’s contribution to that. It will be an interesting evolution across the street in terms of what the stockyards will become in the future.”