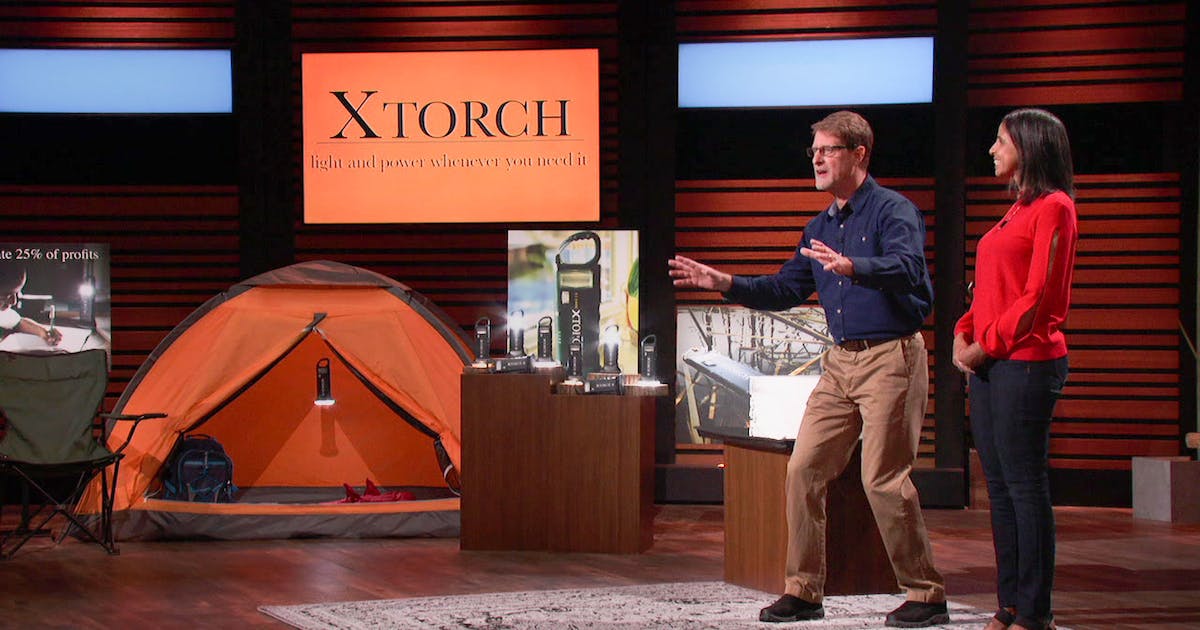 The founders of Minneapolis-based XTorch, makers of a solar-powered flashlight, illuminated the investors on “Shark Tank” last week but turned down a chance to sell the business outright.

Gene and Keidy Palusky have spent years developing and growing the business. Last year, they sold $113,000 worth of the portable devices, which also can be used to charge phones and store power.

The couple donate 25% of gross profit to subsidize distribution to charities in the Dominican Republic and other places where electricity supplies are constrained. That led Kevin O’Leary, the Canadian software entrepreneur known on the show as “Mr. Wonderful” to ask, “Is this a business or a charity?”

The Paluskys are among the fraction of applicants to get through the audition process for the ABC-TV show. Their episode was recorded in August in Las Vegas, where the show temporarily moved to produce episodes with the social distancing and other safety measures that were necessitated by the coronavirus.

The couple tried to sell a 10% stake in XTorch for $150,000, a deal that would have valued the entire company at $1.5 million. As is typical on “Shark Tank,” the shark investors try to negotiate a better deal for themselves.

One shark, Robert Herjavec, offered the XTorch founders $500,000 for the entire business.

The couple countered with an offer to sell it to him for $1 million, but he turned them down.

“We felt [Robert] would say no to $1 million,” Gene Palusky said in an interview on Monday. “We would just have taken that $1 million and invested it in another social program. We have ideas.”

Already this year, the Paluskys have shipped more than $100,000 worth of units of XTorch. Following the airing of Friday’s show, they received more than 2,000 orders.

From Saturday to Monday, they shipped out the 1,400 units they had in inventory.

The Paluskys said they are looking forward to the future of XTorch, which they market as multipurpose green technology for campers and as a replacement for candles, kerosene or disposable batteries. The device provides up to 48 hours of use. It takes an hour to charge it off a wall socket and 22 hours from the sun.

Higher sales volumes and recent design simplifications will allow the Paluskys to drop the cost of manufacturing from $18 per unit to $16 per unit, which should then let them cut the nominal retail price from $49.95 to $39.95. In turn, that should drive more volume, they said.

Gene Palusky was a ceramic-sculpture artist in the early 1980s. Good with tools, he later began to buy, renovate and sell multifamily properties.

Palusky made enough money on the sale of the properties to not have to worry about the financial future.

He spent nine months in 2001 as a volunteer in the tiny town of El Toro in the Dominican Republic and met Keidy there.

The couple continued to do volunteer work in other places, including in African villages where kerosene lamps or candles had been a chief source of lighting.

In 2015, after Palusky sold the last of his income properties, they started XTorch and have put more than $300,000 into the business.