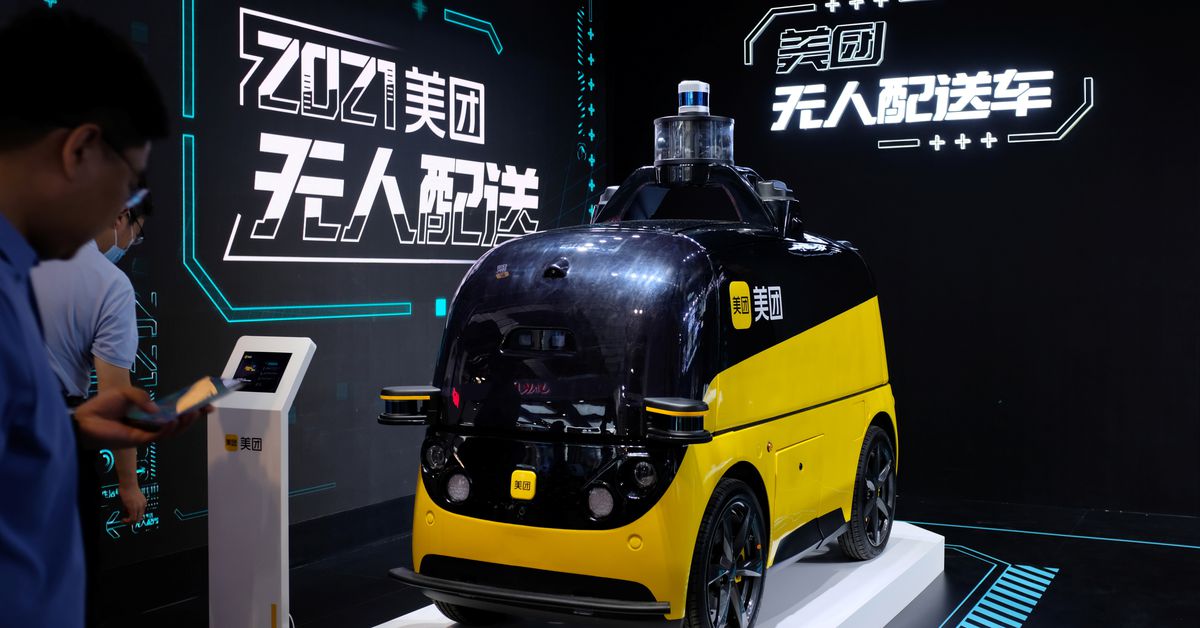 BEIJING, Sept 28 (Reuters) – More than a thousand robots are set to join the delivery personnel ranks of Chinese behemoths Alibaba (9988.HK), Meituan (3690.HK) and JD.com (9618.HK) over the next year as the pandemic fuels demand for contactless services.

The firms expect to operate over 2,000 robots between them by 2022, up about four-fold from now, their executives said, encouraged also by falling costs of making robots.

Millions of couriers still deliver packages for as less as 3 yuan ($0.47) in China, but companies have been exploring the use of drones or box-like robots on wheels from as early as 2013 amid a labour crunch that has worsened due to the pandemic.

Beijing has also ordered firms to ensure rest periods for couriers as they scramble to meet rising demand and deadlines.

“The COVID-19 pandemic has been a big boost” for robot rollout plans, said Xia Huaxia, chief scientist at Meituan.

The food-delivery giant launched its robot service in February 2020 when infections were high in Beijing, earlier than a planned end-year launch.

JD.com too brought forward its plans to launch its robot service, said Kong Qi, chief scientist of the e-commerce giant’s autonomous driving unit. It had targeted a June 2020 launch in Beijing, but started using the service in Wuhan in February as the central Chinese city was locked down.

“We want people and vehicles to work better together and not for vehicles to replace people. It is just in the most boring section of the delivery guy’s work that we will try to replace,” he said.

Still, human delivery personnel outnumber robots, which have limitations such as inability to climb stairs. Also, robots are only allowed on certain routes like in housing estates and school campuses because of speed limits and road conditions.

Robots also tend to be used to deliver less time-sensitive products like packages, rather than food.

“The efficiency is low for office areas where people are ordering a lot of food and parcels but the vehicle’s capacity is limited,” said 25-year-old Zhang Ji as she picked up a package delivered by an autonomous vehicle near her office in Beijing.

But proponents espouse long-term benefits of robots such as lower last-mile delivery costs. Researchers at the University of Michigan said fully and partially automated vehicles could cut delivery costs by 10−40% in cities.

Alibaba’s last-mile logistics vehicle has delivered over a million orders as of September to more than 200,000 consumers, the company said. It operates over 200 robots and plans to have 1,000 by March and 10,000 over the next three years.

Costs of making robots are down, said Wang Gang, vice president at Alibaba who is in charge of autonomous driving, mainly due to lower prices of lidar sensors that help measure distances and render images around vehicles.

Meituan currently has around 100 delivery robots.

“I hope robots can be used widely soon because it will make our life more convenient … it will also reduce face-to-face contact during the pandemic so we can be safer,” said 28-year-old Pan Hongju, a programmer in Beijing.