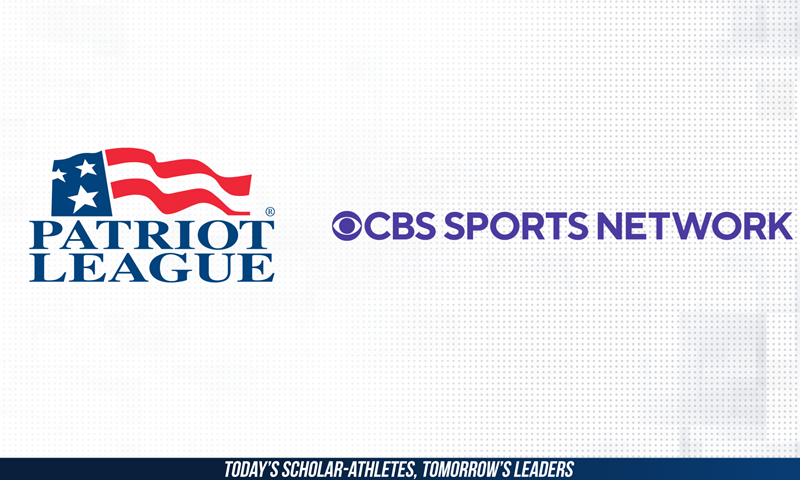 BETHLEHEM, Pa. – Nineteen Patriot League basketball games will be televised on CBS Sports Network during the 2021-22 season, including both the men’s and women’s basketball championship games in March.

The television schedule includes 16 men’s basketball and three women’s basketball games throughout the 2021-22 season. The first televised game is on Friday, Nov. 12 when Navy hosts Virginia Tech (8:30 p.m.) as part of the Veteran’s Classic. The Patriot League schedule on CBS Sports Network tips off on Monday, Jan 10 when American hosts Boston University (7 p.m.).

Three regular-season Patriot League games will air on CBS Sports Network on Sunday this season, all at 6 p.m. Colgate hosts Holy Cross on Jan. 16 at 6 p.m. Loyola Maryland heads to Bucknell for a Jan. 30 meeting, concluding with Colgate at American on Feb. 6.

There will be two men’s basketball flex games with the first on Saturday, Feb. 19. The second flex game will be on the final day of the Patriot League regular season on Saturday, Feb. 26. The selection of flex contests will be made no later than 10 days before the date of the competition.

The Patriot League enters into its 19th consecutive year in partnership with CBS Sports Network, which is widely available through all major cable, satellite and telco distributors as well as via OTT streaming service providers YouTube TV, fuboTV and Hulu. Additionally, a live CBS Sports Network stream is available through CBSSports.com and the CBS Sports App by authenticating with select providers. For more information, including a full programming schedule, go to www.cbssportsnetwork.com.

ABOUT THE PATRIOT LEAGUE
The Patriot League is in its fourth decade of academic and athletic achievement, continually demonstrating that student-athletes can excel at both academics and athletics without sacrificing high standards. The Patriot League’s athletic success is achieved while its member institutions remain committed to its founding principle of admitting and graduating student-athletes that are academically representative of their class. Participation in athletics at Patriot League institutions is viewed as an important component of a well-rounded education.