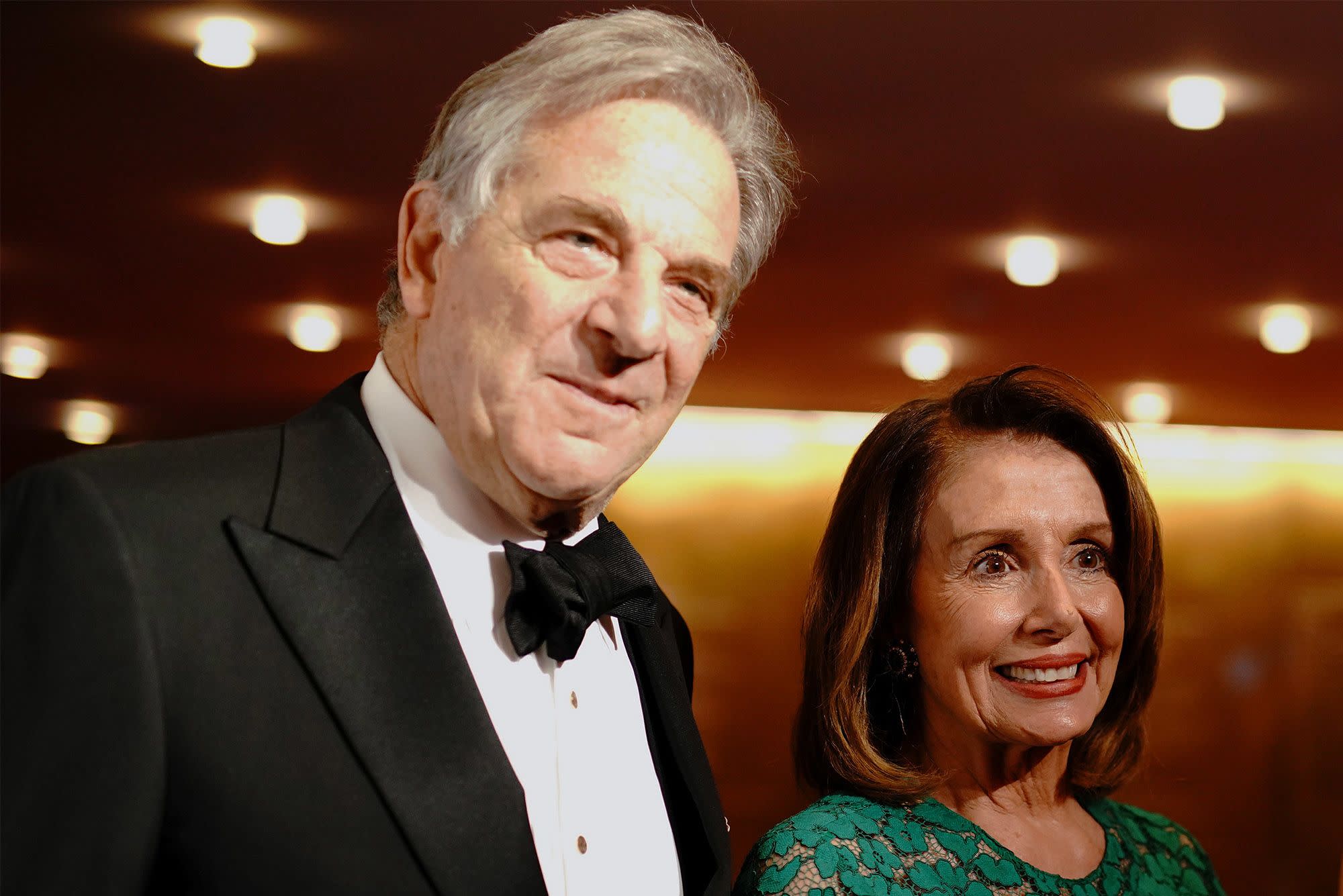 (Bloomberg) — Paul Pelosi’s multi-million-dollar win on Alphabet Inc. stock in the week before a U.S. House committee publicly considered legislation affecting technology giants has drawn renewed attention to a decade-old law governing lawmakers’ trades that some outside experts say should be changed.

House Speaker Nancy Pelosi’s husband acted legally and within the bounds of the 2012 Stop Trading on Congressional Knowledge, or Stock, Act when he exercised options to acquire more shares of the parent company of Google for a nearly $5 million gain.

That law requires disclosure by members of Congress and other government employees, including lawmakers’ spouses, of such transactions, and prohibits their use of non-public information for private profit. The speaker complied with House rules and disclosed her husband’s trade in a July 2 filing.

Still, some experts challenge the appropriateness and political optics of Paul Pelosi’s stock activity and are calling on Congress to prohibit lawmakers and, potentially, their families from trading individual stocks. Lawmakers in both chambers have in the last several years pushed for more stringent restrictions on how members play the stock market, but those efforts have not been enacted.

“What leapt out to me was the massive amount of money involved,” said Craig Holman, a lobbyist at the government watchdog group, Public Citizen. “This is the spouse of the House leader making millions on stock transactions with businesses that fall under legislation that Nancy Pelosi can control.”

A Pelosi spokesman has said the speaker had no prior knowledge of her husband exercising the options.

The circumstances of Paul Pelosi’s stock options bear no resemblance to the trading controversies that, for instance, surrounded Senator Kelly Loeffler, a Georgia Republican. Loeffler and her husband’s sales and purchases of stocks following closed-door briefings to Congress on the Covid-19 outbreak were among those of senators that came under Justice Department scrutiny last year.

The former senator had said through a spokesman neither she nor her husband, Jeffrey Sprecher, chief executive of Intercontinental Exchange, parent company of the New York Stock Exchange, had themselves directly traded. Third-party advisers managed their investments, the spokesman said.

Bloomberg News reported Wednesday that Nancy Pelosi’s July 2 financial form included that her husband had on June 18 exercised call options to acquire 4,000 shares of Alphabet at a strike price of $1,200. The trade netted him a $4.8 million gain, and it’s risen to $5.3 million since then as the shares have jumped.

The Alphabet call options that Paul Pelosi held were exercised on the very last day he could have exercised them, according to Pelosi’s July 2 filing. They would have expired on June 19, making them no longer valid.

The disclosure of Paul Pelosi’s exercising of the options — as required — has itself renewed calls from some experts for changing the rules for trading by lawmakers, who are privy to sensitive information and pass laws that can move markets. Some urge updating the Stock Act, including with language to tighten restrictions on whether members of Congress and their immediate family should be holding individual stocks at all.

Representative Abigail Spanberger, a Virginia Democrat, introduced a bill in January that would require lawmakers and their immediate families to put specified investments into a qualified blind trust. The bill has attracted 15 co-sponsors. The House referred the measure to the House Administration Committee, which has not considered it.

Two other Democrats, Senator Elizabeth Warren of Massachusetts and Representative Pramila Jayapal of Washington State, have previously sponsored legislation that would prohibit lawmakers and other senior government officials from owning or trading individual stocks.

The Stock Act has shown itself to be “a leaky boat” that needs to be patched and updated, argues Marti Subrahmanyam, the Charles E. Merrill Professor of Finance and Economics at the Stern School of Business at New York University.

Subrahmanyam says it is difficult to establish a clear connection between lawmaker trades and information obtained in secret meetings and closed committee hearings. Holman echoes that tying the trading of a lawmaker or their spouse to information they have gained from their public office — not in the public domain — has been too often difficult to prove.

But James Cox, a professor of corporate and securities law at Duke University, adds: “I would think Congress should understand the optics of garnering gains within the ‘household’ by potential abuse of using non-public information so that the restriction should apply to households and cover not just purchasing stocks — including interests in sector mutual funds — but also derivatives that are based on either individual or sector stock price changes.”

None of the investigations last year into lawmakers for their trades early in the pandemic resulted in prosecutions or a change to the law.

That included scrutiny of Republican Senator Richard Burr’s dumping of hundreds of thousands of dollars in stocks while Burr, a North Carolina Republican, received closed Covid-19 briefings from a seat on the Senate’s health committee. Loeffler and Senator James Inhofe, an Oklahoma Republican, and Democratic Senator Dianne Feinstein of California came under Justice Department review for their trades early in the coronavirus pandemic, but the investigations ultimately were dropped.

Paul Pelosi’s Alphabet transaction was completed a week before the House Judiciary Committee advanced six bipartisan antitrust bills, four of which take aim at Google, Amazon, Apple and Facebook Inc. Market reaction to the hearings was muted, suggesting that investors didn’t see the House proposals as a real threat to the companies.

Holman says the knowledge of the upcoming House antitrust meeting was clearly information in the public domain. And Pelosi last month even said she supports the Judiciary Committee’s bipartisan effort to challenge the hold that big technology companies have over the internet economy.

Congress, Pelosi told reporters, is “not going to ignore the consolidation that has happened and the concern that exists on both sides of the aisle.” She said Congress’s responsibility is to “the consumer and competition.”

Still, Cox said, new restrictions on how members play in the stock market “would greatly improve the public trust” in elected officials.