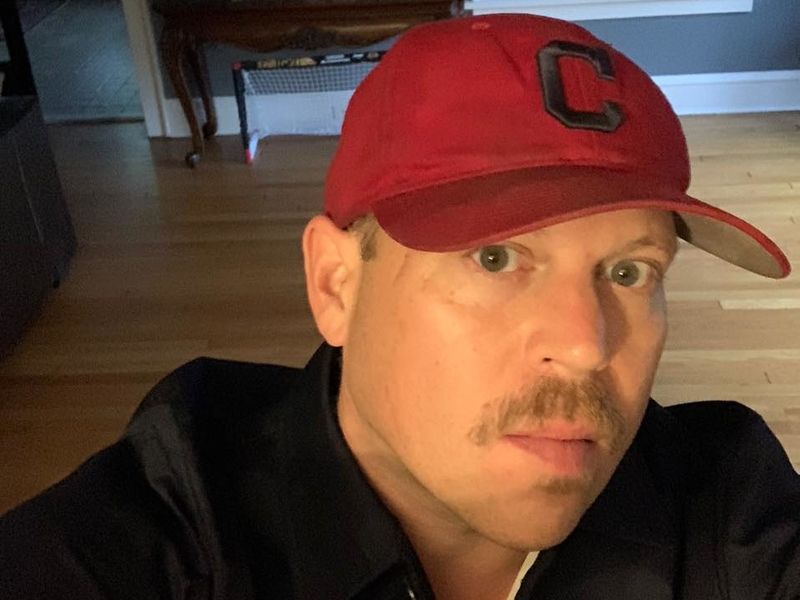 In a recent Brookings essay, senior fellow Mark Murro and colleagues brought down a strawman they themselves propped up. The piece was titled, “Remote work won’t save the heartland.” It begins: “Hopes persist that a burst of relocations by tech companies and remote workers will revitalize the American heartland.” The conduit by which this revitalization will occur is via the leakage of a “pool of footloose workers who are rapidly exiting the big coastal tech hubs and heading for the heartland,” where, the thinking goes, they can have their corncake and eat it, too.

In other words, big city job, small city living. Or Opie with an Apple.

But Murro and his colleagues weren’t having it. They cite CBRE research over a one-year period that shows there’s not much leakage from the coasts to the heartland. While more San Franciscans were leaving, for example, they aren’t so much going to St. Louis as Sacramento, as well as other intraregional outposts. And while Murro et al admit the data they are pointing to are way too sparse to make sense of the issue either way, it’s how the issue is framed — i.e., can the tech industry save the heartland? Tech telecommuters won’t save the heartland — that’s the bigger issue here. That’s because the idea that the tech industry can save swaths of the country is dubious at best.

There’s a a wonky concept in economic development that is integral yet underused. The concept is termed “economic epoch,” characterized as distinct periods of economic history that are sparked by “epochal innovations,” described as “major breakthroughs in the advance of human knowledge, that constituted dominant sources of sustained growth over long periods and spread to a substantial part of the world.” So notes legendary economist Simon Kuznets. Crucially, the beginnings of an epoch make it so that economic activity is not spread out evenly across space, but rather clusters in areas of the world that hold comparative advantage. Geographic winners and losers are thus created; or those “saving” (like Silicon Valley), and those needing “saved” (like Cleveland).

Of course, Cleveland and other Rust Belt cities were once kingmakers in their own right. This was during the epoch defined by the Industrial Revolution, one kicked off in part by the steam engine. Pittsburgh, or the Steel City, became so due the region’s “bounty of bituminous coal (that) was uniquely able to be used in the blast furnaces that transformed iron ore into pig iron,” notes economist Chris Briem. He goes on to quote a decades-old University of Pittsburgh study that looks back on the confluence of geographic advantages that made Pittsburgh a winner of the Industrial Revolutionary epoch. “Coal and metallurgy came together (in Pittsburgh) “like twin supernovae,” the report states, “impelling into rapid expansion all elements of the economy which were aligned with them.” Moreover, Pittsburgh’s output — coal and steel — became other regions’ input, allowing Detroit, for instance, to be the Motor City via agglomeration of auto manufacturing and its requisite supply chains, with Cleveland a crossbreed between each — it had both steel mills and car plants.

But like all things, epochs evolve. They age. And when they do, what was divergent, or “spiky,” becomes convergent, or “leaky.” In the case of the industrial epoch, that meant investment, trade secrets, firms, supply chains, employment, etc., leaving the industrial heartland for locales that were more cost effective, be it offshore to China or down South to Alabama. Even when industry remained and firms stayed put, the processes became automated: another hallmark of convergence. Rewards to capital? Sure. More jobs and income for workers? Not so much. The case of Cleveland’s Cuyahoga County is illustrative. Over 51% of all earnings in Cuyahoga County came from the manufacturing sector in 1969. By 2018, that figure was 16%.

Enter the idea of the Rust Belt. It was and remains an idea synonymous with loss, and of being lost. It is an idea tantamount with needing saving. Much of the heartland is thought about this way. Idle cornfields. Abandoned factories. Population loss. Unhappy people. Hence, the Beltway Brookings take.

It’s a take embedded with the confirmation bias that if the Rust Belt is the past, then Silicon Valley is the future. No doubt, Northern California is the center of the current epoch, or that of information technology — an epoch most famously exemplified by venture capitalist Marc Andreessen’s observation that “software is eating the world.”

“More and more major businesses and industries are being run on software and delivered as online services,” Andreesen wrote back in 2011, “with new world-beating Silicon Valley companies doing the disruption in more cases than not.”

In retrospect, Andreessen was right. Software did eat the world. That’s one reality. A parallel, if evolving, reality is that in doing so it got bloated.

Matter of fact, referring to the IT economy as “new” ignores the truth that the tech epoch is actually pretty old, going on 70-plus years by Andreesen’s own account. The question, then, is to what extent economic activity is converging, or leaking, from Northern California as it did some 100 years prior in the Rust Belt? It’s perhaps the important question, as it gets at the heart of the matter posed in the Brookings’ piece.

When it comes to hardware, the ship has sailed. This is evidenced by the ongoing microchip shortage in the U.S. I went to lease a car recently in Cleveland. One problem. They didn’t have any!

A microchip shortage,” the salesman explained. “It was supposed to end six months ago.” He gathered China was “playing hard ball” with the Biden administration. Yet the reality is that the offshoring of chip manufacturing that’s part and parcel with the chip shortage has been a long time coming. In the 2005 paper “Offshoring in the Semiconductor Industry: Historical Perspectives,” the authors find that “semiconductor companies were among the first to invest in offshore facilities to manufacture goods for imports back to the U.S”. Moreover, while six of the top 10 semiconductor firms are U.S. based, nearly two-thirds of those firms’ chips are made overseas.

Employment figures also speak to an aging industry. According to the Bureau of Labor Statistics, from 1990 to 2020, California added 205,000 jobs in the information sector, or fewer than 7,000 jobs a year. The heartland won’t be saved by that. This employment sluggishness relates to the fact that software, like hardware, is increasingly being offshored. Just Google “off shore software India” and you’ll see numerous hits for middle-manning firms offering programming services at $10 an hour, well below the $15 an hour wage muscling into the fast-food labor market. Explains a trade piece titled, “Offshore Software Development: Definitive Guide for CEOs”: Engineers are the most highly-paid workforce in the world today. Research conducted in 2018 shows that the average salary of an engineer in the UK is roughly 48,000€. With employee wages accounting for more than half of the fixed costs of an average business, hiring local talent in the West means having to pay through your nose. And that’s just the payroll!

Mind you, this isn’t a COVID thing. A cyclical thing. This is a structural thing. It’s the lexicon of an aging, leaking epoch. It’s the oncoming vision of the programmer increasingly going the way of the coal miner, steel worker and auto assembler. It’s Mr. Mom coding in TensorFlow.

But, the investment, or venture capital, is still largely clustered in place, and hence so is the geography of startup formation. This is still true. But so what? Venture capital as a percent of U.S. GDP is 0.38% By contrast, health care spending is 17%. Never mind the increasing societal suspicion of what VC is funding. “(U) unlike any other traditional industry focused on optimizing the performance of capital and labor by standardization,” explains Olivier Alexander in the Paris Review, “the tech industry is primarily an economy of gambling, fundraising and investment portfolios … (or) an economy of promises more than profits.”

Indeed, a recent analysis by Morgan Stanley showed a record high 80% of VC-funded startups are not profitable, and investors are seeing their lowest ROI since 2006. “This decline in returns for venture capital is a serious problem for the U.S. economy,” writes the author of the recent piece, “The Crisis of Venture Capital: Fixing America’s Broken Start-Up System” in American Affairs, not only because it suggests innovation is less profitable, but also because it affects the investments of major institutions.

Does the aging of the industry partly explain this regression of VC ROI? Yes. Explains Jeffrey Funk: “The most significant problem for today’s start-ups is that there have been few if any new technologies to exploit. The internet, which was a breakthrough technology thirty years ago, has matured.” And tomorrow’s disrupter, artificial intelligence, is not quite there yet. But by then, writes venture capitalist Kim-Mai Cutler in her blog post, “Pandemic Silicon Valley isn’t a place,” expect Silicon Valley to be the No. 2 preferred startup location, after the cloud. “It might be better to think of Silicon Valley as an idea dispersed across many places rather than a specific piece of geography,” echoes Derek Thompson in The Atlantic.

Hmm, the “idea of Silicon Valley.” It’s but one hop, skip and jump away from its predecessor, the “idea of the Rust Belt.” To say, then, that tech and its telecommuters can or can’t save the heartland is beside the point. How can tech save Middle America when it can’t save itself?

Piiparinen is director of Urban Theory and Analytics at the Maxine Goodman Levin College of Urban Affairs at Cleveland State and co-founder of Rust Belt Analytica.