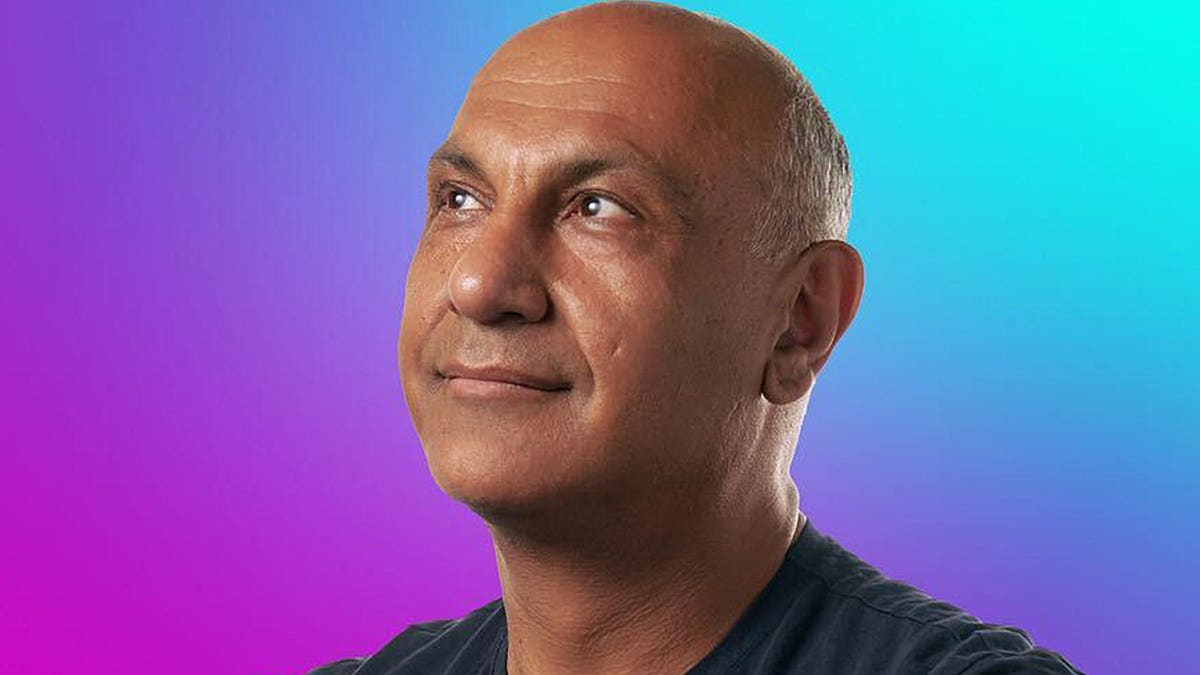 After raising a fresh $130 million at a near $1.5 billion valuation, Hovhannes Avoyan’s (above) free-to-use editor is fast becoming the Photoshop for the TikTok and Instagram generation.

Growing up in Soviet Armenia in the early 1980, Hovhannes Avoyan dreamed of going to the state-run art school. To get in, applicants had to submit a still life drawing of a vase. Avoyan’s sketch failed to impress. Rejected, he picked a different creative path–computer science, focusing on the first generation of artificial intelligence and machine learning.

The move paid off, handsomely. Over the next 30 years Avoyan built and sold three software start-ups. He became wealthy and one the leaders in Armenia’s burgeoning tech scene.

He remained an art lover and pushed his children to pursue it. One day in 2011 his 11-year-old daughter, Zara, came to him despondent. She had posted a drawing on social media and received harsh comments. She wanted to quit. “The criticism shook her confidence. She was about to give up,” says Avoyan, 56. “It reminded me of my situation when I gave up art for another career because I didn’t get the right support.” So Avoyan built a mobile app offering a few tech tools to help his daughter improve her pictures. “I wanted to give her a positive environment and give her resources to empower her creative talent.”

Ten years later, Avoyan’s act of parental encouragement has exploded into San Francisco-based Picsart, one of the world’s most popular apps. The design and editing app has been downloaded more than 1 billion times across 180 countries. Originally written in English, Avoyan’s Armenian-born app is now available in 28 languages. Each month more than 150 million customers—mostly under the age of 35—use it to make more than 1 billion edits on photos and videos bound for social media, commerce sites and digital ads.

Built on a freemium business model, Picsart offers basic tools for free and a more powerful version for $4.66 a month. There is light advertising on the app, but Picsart does not collect data or offer targeted ads. Revenue has so far topped $100 million in 2021.

It’s about to get bigger. Today, Avoyan announced his 800-person start-up has raised a $130 million Series C led by Softbank with Sequoia, GSquared, Tribe Capital, Graph Ventures, and Siguler Guff & Company joining in. Sources close to the deal say the post-money valuation is roughly $1.5 billion. Avoyan won’t reveal his stake, but remains the company’s largest shareholder.

“Picsart has a lot of similarities to WhatsApp. It’s a global asset and universal platform used by people everywhere,” says Mike Vernal, a partner at Sequoia and former Facebook VP of Product and Engineering. “And they both were a phenomenon around the world before they got popular in the U.S.”

Picsart has hitched itself to the two most influential trends in tech–social media and digital commerce. As social platforms and smartphones turn everyone into a publisher, hundreds of millions now rely on Picsart to be their design department. Mobile-first and easy to use, Picsart has developed AI and Java-based tools to let anyone edit and enhance photos and videos as easily as adding an Instagram filter. “It’s got a bunch of really terrific businesses all rolled into one in a global global presence, which you don’t often see,” says G Squared’s Larry Aschebrook. “The younger population has been very involved with it for some time and it’s now prevalent with professions and the creator economy.”

Artists and amateurs alike use Picsart to touch-up and stylize posts for TikTok, Instagram, Snap, YouTube and Facebook. With a few swipes you can change lighting, and add splashes of color, meme-friendly stickers and animation. You can also remove wrinkles, red eyes, acne, and digitally slice a few inches off your waistline.

But Picsart is for more than flattering selfies. As millions of independent businesses, restaurants and local shops flock to the Web amid Covid-19, entrepreneurs rely on Picsart to give their products a glossy, catalog look on critical marketplaces like Shopify, Etsy, eBay, Depop and Doordash. Ditto for content published on websites, blogs, email marketing and social media ads.

“Today’s people’s preferred tool is the phone,” says Sequoias’s Vernal. “Customers take photos of products and can quickly remove the background, touch-up the image, and post to their site.”

Picsart’s seamless experience has been Avoyan’s goal since he built the first tool for his daughter in 2011. “Too many people equate good technique with being creative,” says Avoyan. “Our technology enhances everyone’s technique and can be the engine for visual creativity.”

Avoyan was born in 1965 in Yerevan, Armenia where he was raised by his mother, a medical professor and leading pathologist. Communist Armenia was stable, predictable, boring. The best career path, besides a top communist party position, was in academia. After his art school rejection Avoyan followed mom’s lead, setting out to earn PhD in computer science at The American University in Armenia.

Revolution came in 1992. Soviet stability vanished. In its place came war and the chaos of young capitalism. Academics became entrepreneurs. In 1996 Avoyan, then 30, dropped out of the PhD. program to launch Cedit, a software services company he sold to Lycos, an early web search engine, for a few million four years later. In 2005, he launched a software R&D firm and incubator called Sourcio. Next came Monitis, a website monitoring service, which TeamViewer/GFI Software acquired for $4 million in 2011. That same year he launched Picsart.

Despite his jump to start-ups, Avoyan still taught a class at the American University and tapped two former students, Artavazd Mehrabyan and Mikayel Vardanyan, to turn Picsart into a business. Because iPhones were rare in Armenia and most engineers programmed in Java, they launched the app on Android. It was a fortuitous choice. The image-editing market was less crowded in the Android operating system, which quickly gave them access to a massive, international user base. Avoyan and team used growth hacks like updating the app at midnight every Friday, so Picsart stayed on Android’s featured app list. They dropped new tools and functions each week to give customers something to look forward to and a reason to regularly check the app.

As Picsart grew, Avoyan used his ties to academia to recruit 200 computer science interns each year. “It’s the most cost-efficient way of hiring. They learn new skills. It’s good for everyone,” says Avoyan. He still runs the program today.

Avoyan will plough his $130 million VC windfall into hiring more engineering talent tasked with developing more AI features. That’s needed to keep pace with a market crowded with hundreds of smaller design apps, billion-dollar start-ups like Canva, and Adobe, the $12.85 billion (2020 sales) incumbent. Avoyan says he wants to remain independent and is eyeing an IPO in the next 12 to 18 months.

For now, he plans on upping marketing and advertising to accelerate growth of the app that has scaled mostly via word of mouth. Down the road, Avoyan will likely build an enterprise sales team to expand Picsart from small businesses to large corporations with tools for design, publishing and collaboration similar to the pro-products offered by Dropbox and Airtable, software start-ups that once targeted consumers and have since scaled to serving large firms.

Avoyan moved Picsart’s headquarters to San Francisco after Sequoia first invested in 2015, but most of his engineering team remains in Armenia. Yes, talent is cheaper, by Avoyan sees his country’s outsider, hustler culture as a powerful asset. “They are street smart and always challenging the status quo. A start-up is really about changing all the rules,” says Avoyan. “We’ve all lived through a revolution.”