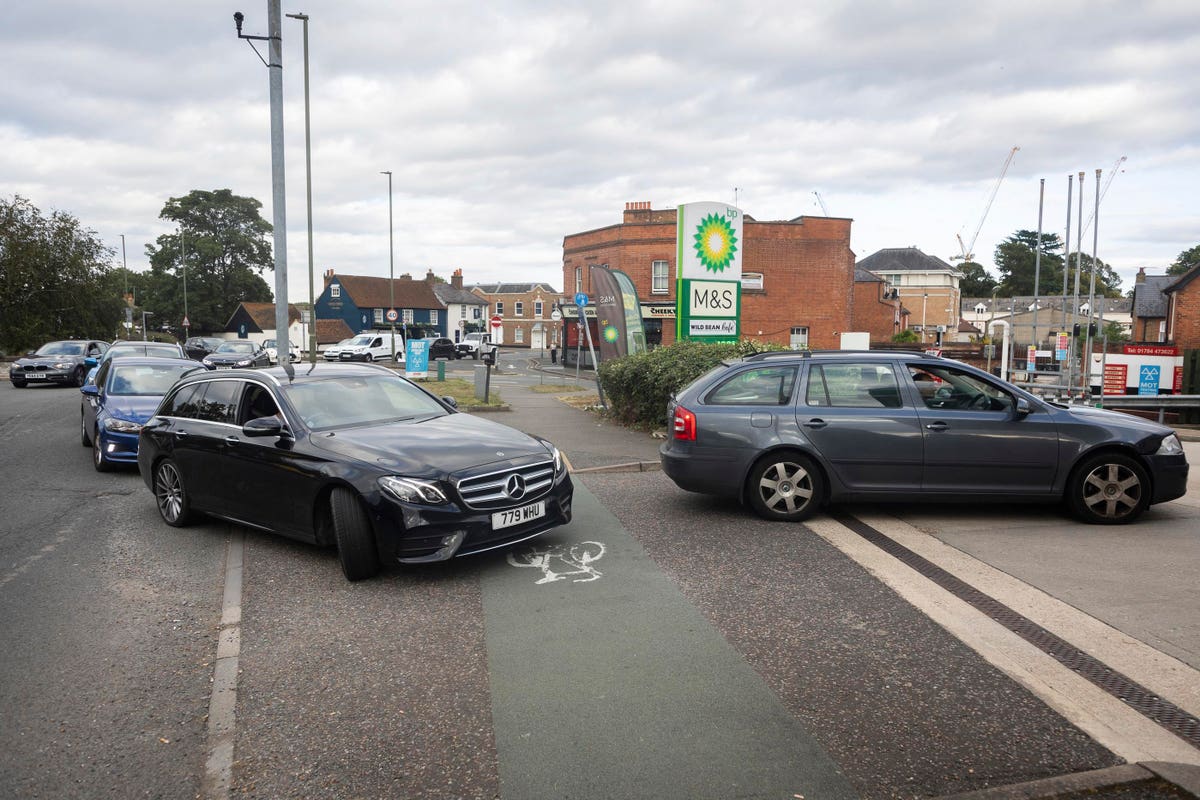 Boris Johnson and his colleagues in the U.K.’s Conservative government must go to bed each night wondering what surprise the next morning is going to throw up. A man who came to power on the back of the simple claim that he would “get Brexit done” has found himself repeatedly having to react to new crises. The coronavirus pandemic is, of course, the most important. But there have been plenty of others that would have tested many another government — the continuing influx of immigrants across the English Channel, the fall-out from the U.S. decision to pull out of Afghanistan and, now, the collapse of several small domestic energy providers on the back of a sudden surge in the price of gas, which has combined with panic buying of automobile fuel on the back of remarks by one of the leading oil companies about a shortage of lorry drivers to create a mini energy crisis. With media pictures of motorists queuing outside petrol stations alternating with shots of climate change protesters being removed from motorways, it is hard to believe that a country that in just a few weeks hosts the COP26 climate change summit has a coherent energy policy, let alone one that the public has signed up to. Moreover, such images intensify the impression that the Britain of the 2020s is looking a lot like the one of the 1970s. This is ironic in that Johnson comprehensively defeated Jeremy Corbyn, the Labour Party’s erstwhile leader, in the 2019 General Election at least partly by suggesting that the left-wing policies Corbyn advocated would take the U.K. back half a century to the days of power outages, high inflation, protests and the rest.

Now, it is fair to say that few of these issues are the direct fault of Johnson or his lieutenants. The pandemic has left most political leaders, and even scientists, flat-footed, while — whatever the critics say — the ill-fated campaign in Afghanistan was inextricably tied up with U.S. policy. As soon as President Biden decided he wanted to leave, the U.K. and the other countries involved had no choice but to participate in what was always going to be a shambolic exit. But matters like the problems in the energy market and the shortage of lorry drivers have been years in the making, even if the latter in particular might have been exacerbated by the decision to leave the European Union. It is often said, though, that the real test of leadership is how you deal with what is thrown at you. And so far the Johnson team, which only a few days ago was supposedly refreshed by a shuffling of portfolios, has looked like it is permanently on the back foot. The current practice is all too often to start by denying there is a problem, then suggest it will sort itself out and finally give in to pressure to do something, usually characterised as “too little, too late.” Instead, the Government needs to have a clear explanation of what is going on and — even more important — a detailed plan for dealing with it.

There were signs of the sort of robust approach required earlier this year, when the hospitality industry and other sectors pleaded for E.U. workers to be allowed into the country to alleviate labour shortages and were given short shrift by ministers. And only this weekend, transport secretary Grant Shapps spoke of not wanting to undercut British workers’ wages by importing lorry drivers from mainland Europe. And yet here we are with a plan to offer a few thousand short-term visas in an effort to patch up the situation until Christmas. This could be the worst of all worlds because not only would it not provide enough workers even if they all took up the offer but also it is doubtful if more than a few will do so because the driver shortage is a worldwide phenomenon.

Which leads to the role of those groups who are always lobbying for governments to “do something” rather than looking to see what they can do to help themselves. Johnson, Shapps and co are only politicians. In only a few instances would they have given much thought to the nitty-gritty of their departments until they were appointed to run them and so it is hardly surprising that they are often caught out by the unforeseen consequences of a policy. But people like those in the Road Haulage Association and the National Farmers Union can reasonably be expected to understand the challenges facing their industries and have clear ideas of how to answer them — other than appealing to governments for special assistance. Basic economics suggests that if you have a shortage of something you pay more for it, so the haulage industry, for instance, should have been making its jobs better paid and more attractive.

Of course, they would argue that that would mean that they would have to charge supermarkets and the like more for their services and so prices would go up. But so be it. For too long, companies have been peddling the idea that consumers can have more for less when it is is obvious that something has to give. Politicians have bought into this, too, hence ill-advised caps on energy prices and the like.

But it is time everybody was a little more honest. Brexit would have amounted to a fundamental disruption anyway. But combine it with the battle to combat a global pandemic and the existential threat of climate change and there can be no pretending that a quick fix here and there will solve anything. In fact, that — as we have seen before — is likely to make things worse.