Popular online businesses are opening storefronts thanks to TikTok – The Verge 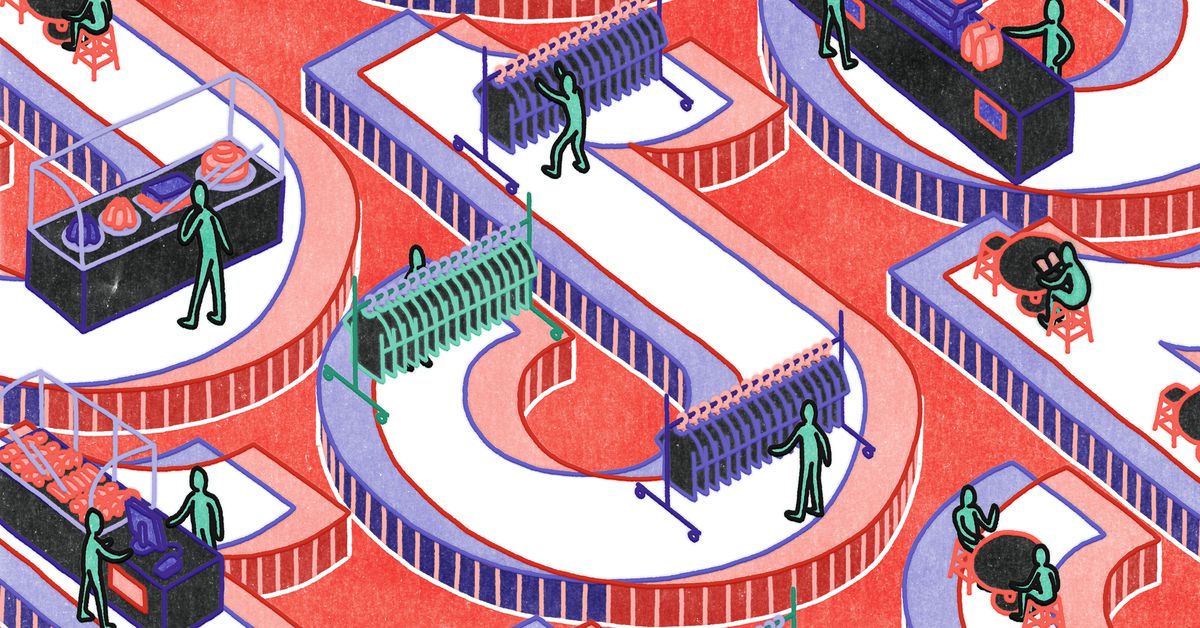 On March 15th, 2020, Ashley Breest and her then-fiancé, Gautier Coiffard, soft-launched their bakery to Breest’s coworkers at a mortgage company. One taste of their loaves of bread, baked by Coiffard in their Brooklyn apartment, and Breest’s colleagues were eagerly placing orders for the next week.

“And then I never saw them again,” Breest says.

After the pandemic shut down their initial plans, Breest and Coiffard took another approach: they brought the business online, where their bakery, L’Appartement 4F, ended up rapidly gaining a following of New Yorkers who not only allowed the business to flourish as a delivery service, but will now be first in line when the pair open their storefront in Brooklyn Heights this fall.

The coronavirus pandemic shut down the dreams of many budding small businesses, who had to either abandon ship or find a way to pivot to a new digital-only world. Now, with the country opened up and a large swath of empty storefronts waiting, pandemic-born small businesses are hoping to translate their online followings to IRL shoppers. Many say those followings have given them a necessary boost to get started.

In the bakery’s first week, Breest and Coiffard received enough digital foot traffic from their now 10,000 Instagram followers and 34,000 TikTok followers to buy a dishwasher for their apartment (you guessed it — 4F). Over the next year, their storefront dreams were successfully funded through Kickstarter. Ninety-nine percent of that money, the pair say, came straight from the wallets of their social media followers.

While followers won’t be able to visit L’Appartement 4F in person until its opening later this year, Breest and Coiffard need only look across the Manhattan Bridge to see what’s to come.

“We had a line down the block for a good part of the morning, I would say for like two and a half, three hours,” Emma Rogue, the owner of Manhattan vintage and thrift store Rogue, which opened in June of this year, tells me in a phone call. Her store — the second TikToker-owned business to land on Stanton Street in the Lower East Side — began as a Depop store which Rogue promoted on TikTok when the pandemic prevented her from selling at street fairs and pop-ups.

With around 414,000 TikTok followers, Rogue now uses her account as a space to primarily promote her storefront, and says her online audience is responsible for most of her in-person business.

“‘How did you find out about the shop?’ I would say 95 percent say TikTok.”

“Whenever people come in, I ask, ‘How did you find out about the shop?’ I would say 95 percent say TikTok,” she says. “A few have said Instagram, some have even said Snapchat because I got a feature on this NBC Snapchat show. It aired and then a girl came in, not even an hour later, and she was like, ‘Oh yeah, I just saw it on Snap.’”

In fact, activity around a TikTok account is surprisingly way more likely to translate into in-person foot traffic than it ever does online orders — at least in the experience of Sabrina Kaylor of Bizarre Coffee in Canton, Georgia. She thinks people are just eager to do things in person again.

Kaylor, who has a background as an artist and a coffee roaster, began selling specialty beans online and at farmers markets last summer. Between then and opening up her shop in December, Kaylor made coffee-making videos and tutorials on TikTok, earning over 19,000 followers.

“After we had a video that did really well, I mean, it was pretty immediate,” Kaylor tells me on the phone. “At least one to two people a day are coming in ordering things that I’ve only posted on TikTok.”

Kaylor credits TikTok’s algorithm for putting her business in front of local eyeballs, but says its online popularity has also brought in people from out of state.

“People have made trips, taking time out of their day, to work our tiny 380-square-foot coffee shop into their road trip.”

Building a business off social media does come with challenges. Whenever Rogue is planning a new launch or pop-up for the shop, its success is in the “hands of the algorithm.”

“Every video I create is good content, but whether it goes viral or not is another question,” she says.

Rachel Parker, the owner of clothing boutique Little Lady Baby in Newport, Rhode Island, is adapting in a different way. While online success on Instagram and TikTok allowed her to open the store in October, most of her following is spread across America and can’t make it to Rhode Island. So she’s coming to them.

“People are really invested in the camper,” she says. Her 1,500 TikTok followers have been watching Parker restore and decorate a used campervan, which she plans to take on the road as a mobile version of Little Lady Baby. “I hope to one day travel with it so I can connect with people [I met on] TikTok.”

“Every video I create is good content, but whether it goes viral or not is another question”

L’Appartement 4F’s storefront situation is a little different from the norm, and could signal a shift in how business is being done in the 2020s. Real estate agents were approaching them, not vice versa, due to their social following. It was the Brooklyn Heights Association, however, that saw the bakery on Instagram and decided to take Breest and Coiffard under its wing. After the results of a survey revealed Brooklyn Heights residents were hankering for a bakery, the neighborhood association showed L’Appartement 4F a number of storefronts on Montague Street before landing on 115.

“I think it’s great to see if we can be kind of a pilot for these businesses that build themselves through social media and then are able to open an actual brick-and-mortar,” Lara Birnback, executive director of the BHA, tells me over the phone. “It’s pretty exciting.”