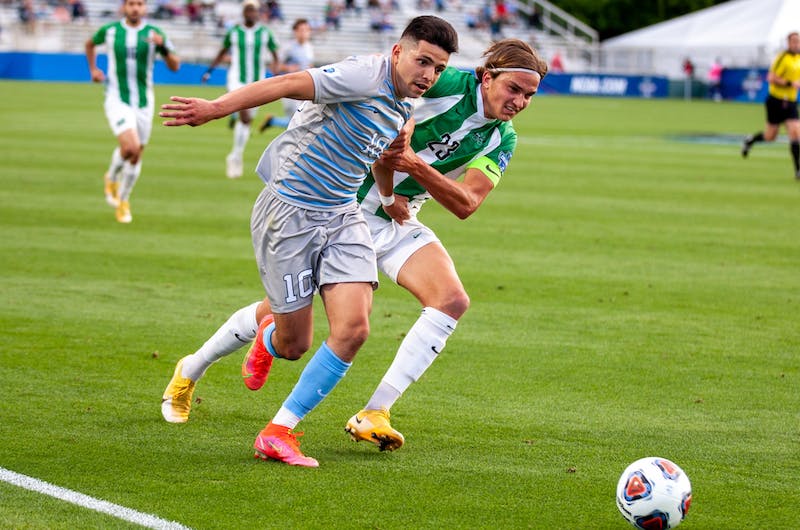 With a national championship and two additional NCAA Tournament semifinals appearances, UNC’s fall sports did pretty well for themselves last year. Going into 2021, will these teams live up to the successes of last season?

The UNC field hockey team is coming off its third straight national championship, defeating Michigan 4-3 in overtime to secure the 2020 title, the ninth in program history.

The team has lost several significant contributors, including goalkeeper Amanda Hendry, who was a vice captain, and midfielder Eva Smolenaars, who was named to the All-ACC first team this year.

But several other leaders for UNC will return — most notably superstar forward Erin Matson, who is entering her senior season just two goals shy of the program’s all-time record. Matson will be joined on the offense by fellow forward Meredith Sholder, who was named to this year’s All-ACC second team.

UNC has lost big names before and not skipped a beat — think Ashley Hoffman in 2018 — so expect the Tar Heels to have a promising season this fall.

The UNC women’s soccer team was eliminated in the semifinals of the NCAA College Cup in May after losing 3-1 to Santa Clara. It was a tough loss for the Tar Heels, who now have made the semifinals the past three seasons but haven’t been able to bring the national championship trophy back to Chapel Hill.

The biggest loss for UNC is midfielder Brianna Pinto, who was the No. 3 overall pick in this year’s NWSL Draft and signed a contract with NJ/NY Gotham FC on June 4. Pinto scored three game-winning goals last season on her way to being named a finalist for the 2021 MAC Hermann Trophy.

Look for forward Rachel Jones to command the offense this fall as Claudia Dickey holds it down in goal. Both were All-ACC first-team selections in 2020.

UNC was the only school to have both its men’s and women’s soccer teams advance to the NCAA College Cup this past season. The men lost to Marshall in the semifinals 1-0 to end their season, finishing the campaign ranked No. 4 in the United Soccer Coaches poll.

Many key veteran players have graduated, including All-American forward Giovanni Montesdeoca. But the roster has some promising young talent, like midfielder Tim Schels and forward Akeim Clarke, both rising sophomores. Goalkeeper Alec Smir, who earned All-ACC second-team honors last season, is another key returner for the Tar Heels.

But things could be looking up for the North Carolina volleyball team. The majority of the roster is returning for the 2021-22 season, with the exception of middle blocker/opposite hitter Aristea Tontai and right-side hitter Emily Zinger.

First-years Aziah Buckner and Kaya Merkler were named to the ACC All-Freshman team in April after the season ended. They and their fellow underclassmen highlight the potential of the young UNC team moving forward.