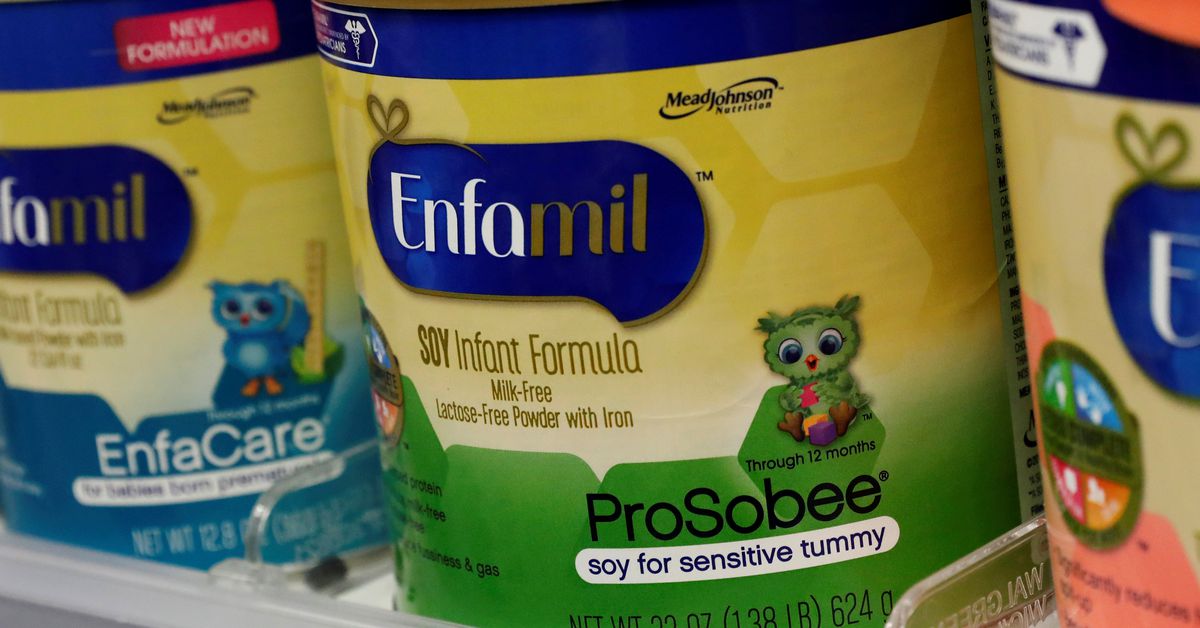 The Lysol disinfectant and Dettol soap maker will retain an 8% stake in the IFCN China unit and anticipates net cash proceeds from the sale to be about $1.3 billion, it said in an emailed statement.

Reckitt expects to incur a net loss of 2.5 billion pounds ($3.5 billion) on the disposal, mainly due to the re-measurement of goodwill and intangible assets, it said.

Reuters in March reported that the Slough, England-based company was considering the sale of the business.

The sale closes a strategic review of IFCN China launched in February as a result of sluggish sales caused by intense competition from local Chinese baby formula brands and slowing birth rates in China.

Reckitt executives have also attributed Hong Kong border closures during the COVID-19 pandemic as weighing on the business, which it acquired as part of its $16.6 billion purchase of U.S.-based Mead Johnson in 2017.

In the same sector, French dairy group Danone (DANO.PA) sold its 9.8% stake in China Mengniu Dairy (2319.HK) in May for about 1.6 billion euros.

On Saturday, Reckitt said the deal included the sale of its manufacturing plants at Nijmegen in the Netherlands, and in Guangzhou, China, and a royalty-free perpetual and exclusive license of the Mead Johnson and Enfa family of brands in China.

After the deal’s close, expected in the second half of 2021, Reckitt will own and operate the Mead Johnson and the Enfinitas, Enfamil and Enfagrow brands in the rest of the world.