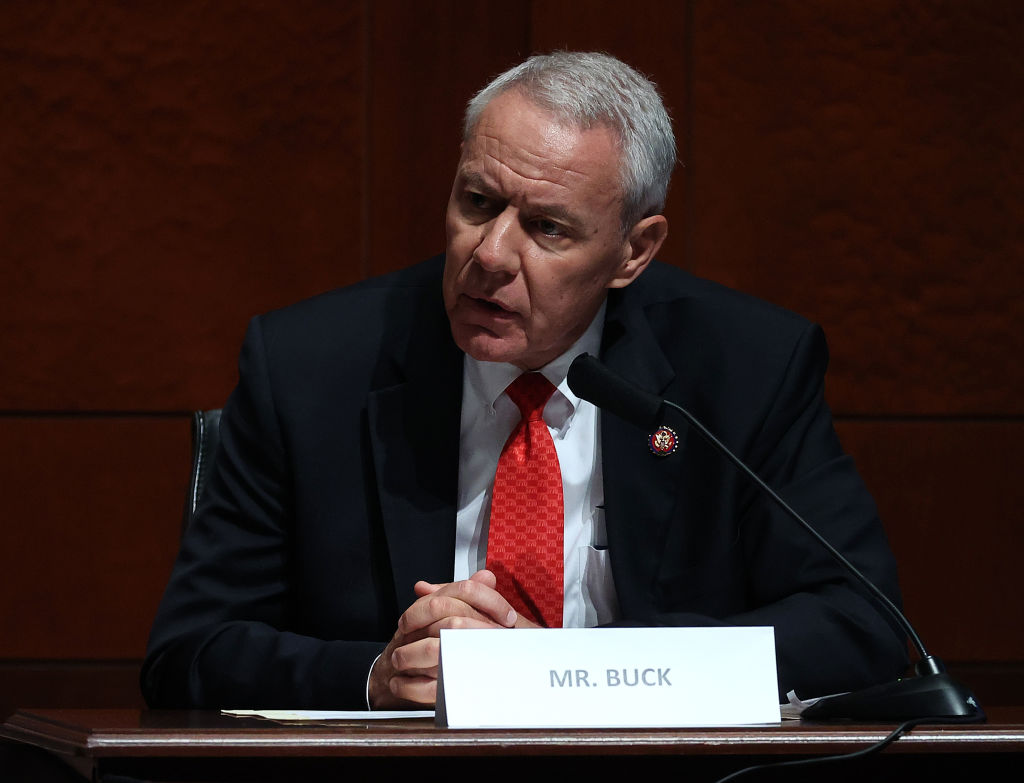 According to a press release from Buck, Big Tech companies “rig the free market, crush competitors, stifle innovation, cozy up to China, and censor Americans. Big Tech companies operate under an ‘America last’ mindset that has negatively affected consumers and small businesses across the country while benefiting China and entrenching their gatekeeper power.”

GET THE MORNING HEADLINES DELIVERED TO YOUR INBOX

Buck is the ranking member of the Subcommittee on Antitrust, Commercial, and Administrative Law, which released a 450-page report last year on its investigation into Big Tech. The report stated that Amazon, Apple, Facebook and Google had misused their power as monopolies, and it recommended changes to current antitrust laws. Rep. Joe Neguse, a Democrat from Colorado’s 2nd Congressional District, is also a member of the committee. Despite different political party affiliations, Neguse and Buck have found common ground when it comes to Big Tech: Both representatives believe that Congress needs to take steps to limit the power of Big Tech.

Last month, the House Judiciary Committee approved “A Stronger Online Economy: Opportunity, Innovation, and Choice,” a package of bills aimed at reducing the amount of power Big Tech has. According to The Washington Post, one bill would prevent tech giants from buying rising competitors, one bill would prohibit Big Tech companies from giving their own products preference over products or services from competitor companies, and one bill would make it easier for consumers to use products from different technology companies together. Buck was an original co-sponsor on all of the bills in the package.

Rep. Jim Jordan (R-Ohio) criticized the Big Tech package, stating that the bills will not do enough to prevent Big Tech from censoring conservative voices. In an opinion piece, Jordan wrote, “Make no mistake, Big Tech is out to get conservatives and must be reined in. But these bills do nothing to fight Big Tech’s anti-conservative bias and censorship. These Democrat bills will only make things worse. If you think Big Tech is bad now, just wait until Apple, Amazon, Facebook and Google are working in collusion with Big Government.”

During the debate over these bills, Buck seemed to attempt to appeal directly to Republicans such as Jordan, stating, “These bills are conservative,” in his opening statement.

It is unclear when the bills will be put to a full vote in the House of Representatives, according to Rep. Steny Hoyer (D-Md.), the House Majority Leader and person responsible for scheduling votes in the House.

Gooden, who will serve as the co-chair for the Freedom from Big Tech Caucus, indicated that the caucus will help prevent what he views as the exclusion of conservative viewpoints. “Big Tech has complete control of the digital public square, ensuring that Americans only see news and information that fits their narrative, which often excludes conservative viewpoints,” Gooden said.

Rep. Madison Cawthorn (R-N.C.), who serves as the vice chair for the Freedom from Big Tech Caucus, said in a statement Friday: “For too long, Big-Tech has abused its powers and targeted the constitutional rights of American citizens. Big-Tech oligarchs, who silence liberty loving Patriots, have no place in the land of the free. In America, we must always place constitutional values over authoritarian control.”

Other members of the Freedom from Big Tech Caucus include Rep. Burgess Owens (R-Utah), and Rep. Paul Gosar (R-Ariz.).