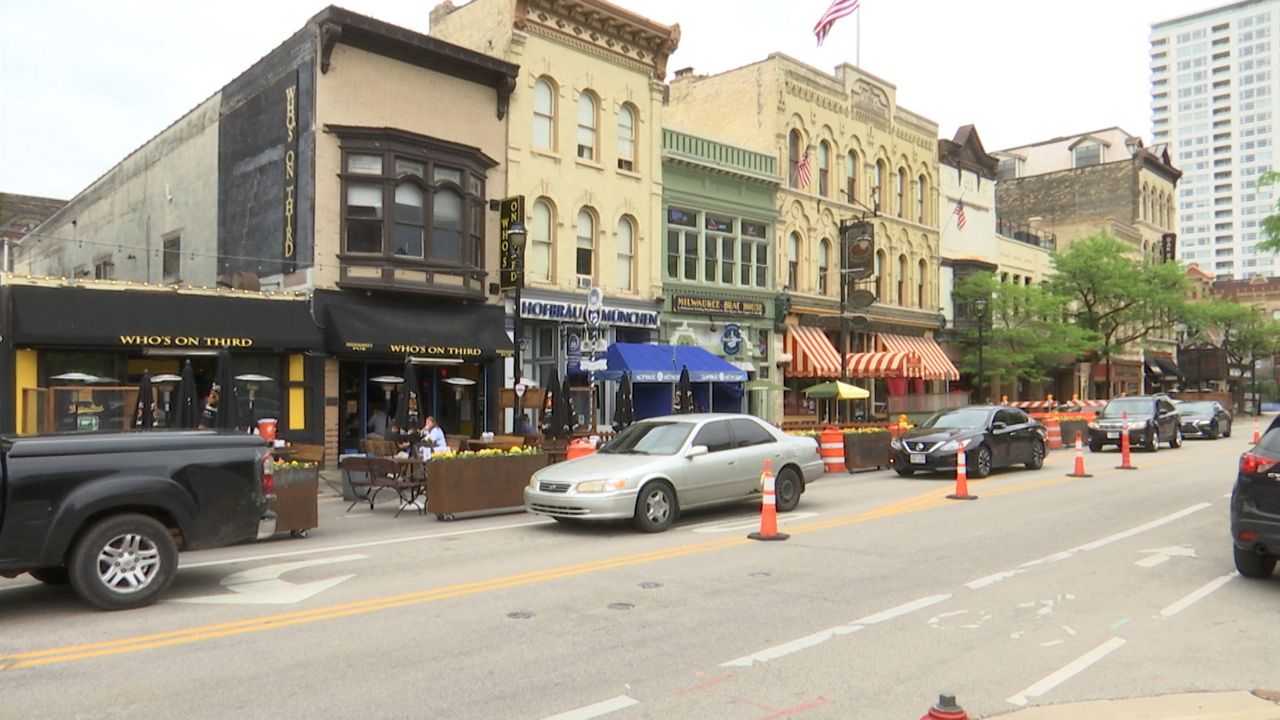 MILWAUKEE — It isn’t just fans that are are excited to see the Bucks in the playoffs, it’s also exciting for businesses located near the Deer District.

Bars, stores and restaurants located near Fiserv Forum are seeing more business. At Wisconsin Cheese Mart, located in the shadow of the arena, Co-owner Melissa McNulty said this past weekend was their busiest since before the pandemic began. She credits it in large part to fans returning to the Deer District.

“Its huge. I don’t want to say it’s everything, but its so huge. It is really bringing people out to a level we haven’t seen since the pandemic started,” said McNulty.

Things have been busy down the street at the Milwaukee Brat House as well.

Operations Director Ryan Cooke said the playoffs have proved to be very good for business following a tough 2020.

“Anything that brings people down to the neighborhood helps, if they are in the Deer District, a lot of them will stop by. A rising tide floats all boats,” said Cooke.

Capacity at Fiserv Forum remains at 50%. If capacity limits are increased in the near future, businesses said they would expect to see even more people stopping in around game time. ​