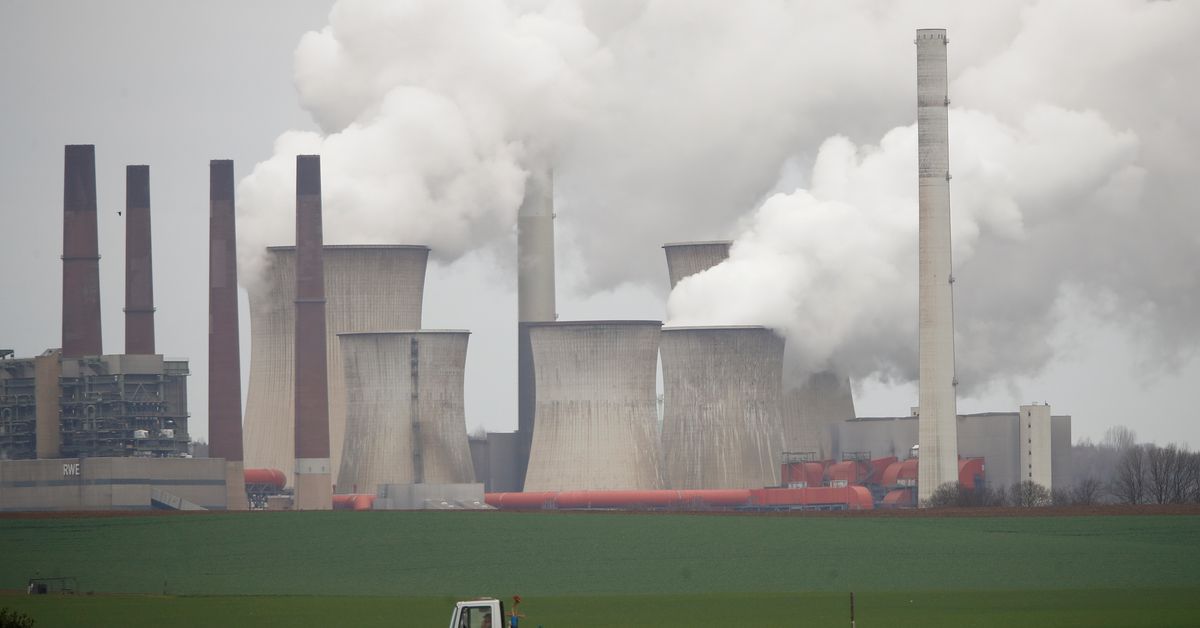 A truck drives by as steam rises from the five brown coal-fired power units of RWE, one of Europe’s biggest electricity companies in Neurath, north-west of Cologne, Germany, Germany, March 12, 2019. REUTERS/Wolfgang Rattay

The wholesale subsidiary, called RWE Supply & Trading, has benefited from demand for commodities in a post-pandemic economic recovery, political impetus on carbon prices that drove price gains elsewhere, while its expertise is relevant amid logistics squeezes.

“Given that our outlook for 2021 was muted due to the negative effects from the Texas cold snap at the beginning of the year, we are now pleased to raise our forecast for the RWE Group for fiscal 2021,” finance chief Michael Mueller said.

A cold spell in the U.S. state of Texas in the first quarter had caused RWE’s local wind farms to stop running. read more

RWE said it now expects adjusted earnings before interest, tax, depreciation and amortisation (EBITDA) of 3.0 billion euros to 3.4 billion euros ($3.56 billion-$4.04 billion), up from an earlier guidance for 2.65 billion to 3.05 billion euros.

The trading unit’s EBITDA will now close the year significantly above 350 million euros, it said. It reached 525 million in the first half of year, which overshot an original estimate of 150-350 million.

The outlook for other RWE divisions was unchanged.

The company is due publish its full interim report for the first six months on Aug. 12.