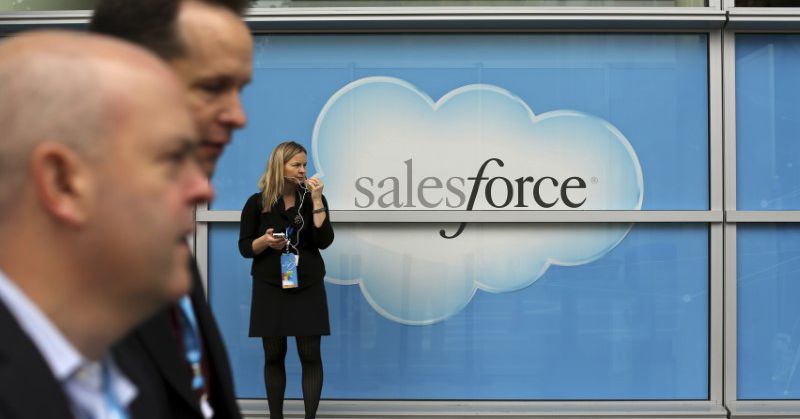 A woman stands near a Salesforce sign during the company’s annual Dreamforce event, in San Francisco, California November 18, 2013. REUTERS/Robert Galbraith

The company said its in-house studio has developed and produced the core content for the streaming service that would debut at its Dreamforce event in September.

The service, which is meant to be a business media platform unlike streaming options offered by Walt Disney Co (DIS.N) and Netflix (NFLX.O), will include live experiences, original series and podcasts.

Its slate of content includes “Connections” that features marketers from companies such as IBM, Levi’s, and GoFundMe, and “The Inflection Point” that features chief executive officers of brands like Coca-Cola, PayPal and Ford Motor.

Reporting by Chavi Mehta in Bengaluru; editing by Vinay Dwivedi and Aditya Soni