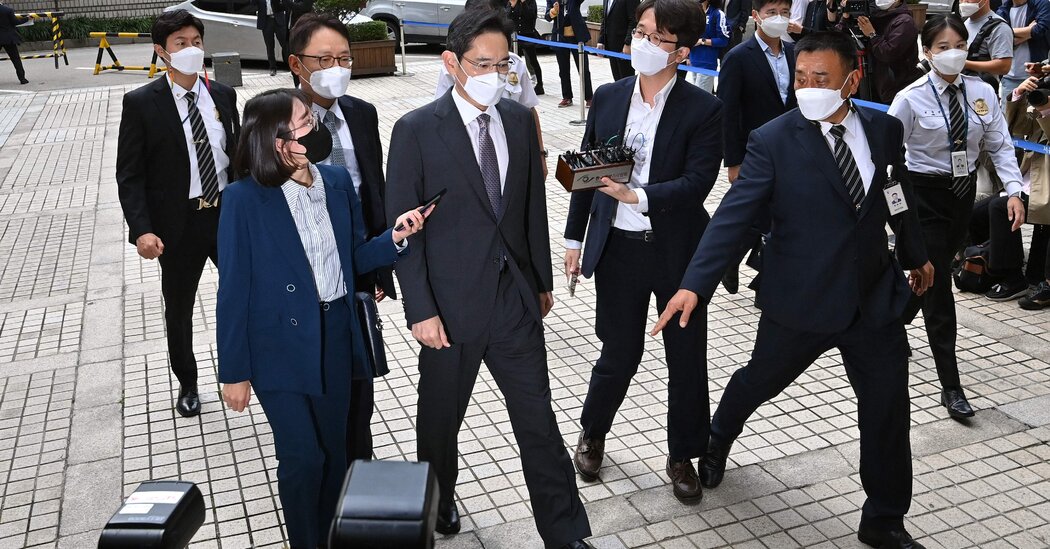 The leader of Samsung, Lee Jae-yong, pleaded guilty in Seoul on Tuesday to the illegal use of an anesthetic, the latest chapter in the legal saga of the heir to South Korea’s largest conglomerate.

Samsung is South Korea’s most important company, with its electronics unit making up almost 20 percent of the country’s exports, and the nearly five-year soap opera of scandal surrounding Mr. Lee has riveted the nation, giving it a peek into both the seedy intersections of industry and politics and the inner life of one of the country’s ultrarich.

For industry watchers, it has raised concerns about Mr. Lee’s ability to manage the enormous conglomerate — with business interests as varied as smartphones and life insurance — while under a seemingly unrelenting legal cloud.

Addressing the Seoul Central District Court, Mr. Lee said he had used the surgical anesthetic propofol as part of a skin treatment over five years starting in 2015. A hospital in Gangnam, one of the city’s wealthiest neighborhoods, had issued him dozens of prescriptions for the drug, he said.

South Korean prosecutors indicted Mr. Lee in June on charges of using a narcotic for nonmedical purposes. They have demanded that he pay more than $72,000 in fines. The court is expected to make a final ruling in the case in two weeks.

Employees of the clinic that prescribed the drug have been charged and are facing a separate trial.

Mr. Lee, 53, is vice chairman of Samsung, and has been running the business since a heart attack incapacitated his father, Lee Kun-hee, Samsung’s chairman, in 2014. His father died last year, and Mr. Lee is his only son.

In 2017, Mr. Lee was arrested on bribery charges after being accused of paying $36 million to Choi Soon-sil, a central figure in the nationwide political scandal of the Park Geun-hye presidential administration. He was later convicted, and served about a year in prison.

He went to prison for a second time this January for bribing a former South Korean president. Mr. Lee was sentenced to two and a half years in prison by the Seoul High Court, but was released in August on parole.

Mr. Lee also faces separate charges over unfair trading and stock manipulation. He has said he is innocent of those charges.

“I am sorry for causing such a concern over my personal matters,” he said in his closing statements at court on Tuesday.