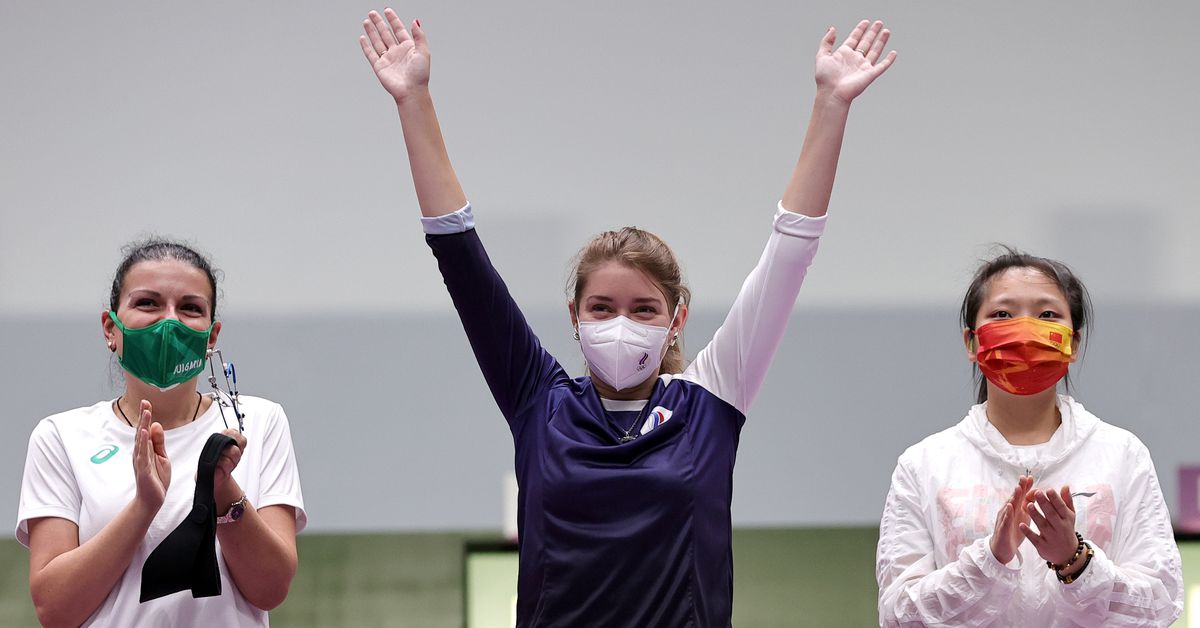 TOKYO, July 25 (Reuters) – Russian shooter Vitalina Batsarashkina won the women’s 10-metre pistol event at the Tokyo Olympics on Sunday to claim the gold medal that narrowly eluded her five years ago in Rio.

Batsarashkina mounted a spectacular charge over the closing shots to win gold at the Asaka Shooting Range with an Olympic record of 240.3. Bulgarian Antoaneta Kostadinova won silver with 239.4, while the bronze went to Jiang Ranxin of China.

Later, American William Shaner won the men’s 10-metre rifle event with an Olympic record of 251.6, ahead of Sheng Lihao in a battle for the gold between the 20-year-old from Colorado and his teenaged Chinese opponent.

“Trained a lot of time for this. Having it delayed a year, more work had to be done, but it feels amazing,” Shaner said.

With the Chinese duo chasing him, the American said he worried for his lead going into the final shots.

Earlier in the women’s pistol event, there was no dream medal for Georgian Nino Salukvadze, who became the first female athlete to compete at nine Olympics. The 52-year-old, who won the 25-metre pistol gold at the 1988 Seoul Games, did not get to the final and finished 31st.

There was also disappointment for India with world number one and number two Yashaswini Singh and Manu Bhaker failing to even qualify for the final.

Jiang had topped the preliminaries with an Olympic qualifying record of 587 but Kostadinova looked primed for the gold after grabbing an early lead in the final.

But with Batsarashkina hot on her heels, Kostadinova eventually succumbed to the pressure and managed a lowly nine, her lowest score, in her final shot.

Batsarashkina fired 10.4 to pip the Bulgarian to the gold.

The 24-year-old said she was too focused on competition to think of Rio, where she had finished behind China’s Zhang Mengxue.

“I did not set myself a goal to win the gold here, or to be one of the medallists or even reach the final. I just wanted to shoot as well as I can,” Batsarashkina said.

Russian athletes are competing under the flag of the Russian Olympic Committee (ROC) at the Tokyo Olympics this year as part of sanctions for several doping scandals.

Batsarashkina, who said she was comfortable with the restrictions imposed at the Games due to the COVID-19 pandemic, was amused by how people pronounced her name in Tokyo.

“I’m always wondering how people would mispronounce my name and I hear a new name all the time,” she said with a smile at a news conference.