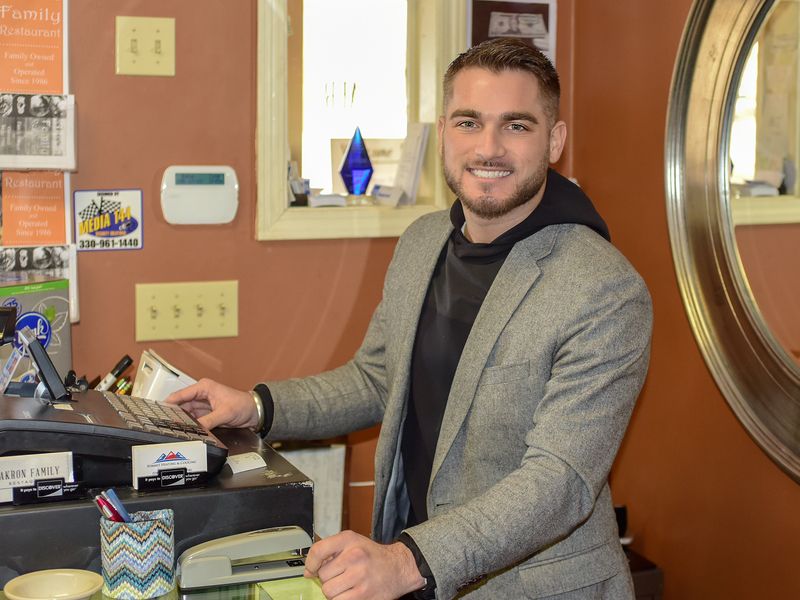 They’re back — hungry and in large, sometimes overwhelming numbers.

Not the Brood X cicadas, but patrons at Akron restaurants and bars. Area establishments report they’re seeing dining rooms as crowded as they were before the pandemic, with one popular spot downtown reporting its largest crowds in at least three years.

Now, owners say, if they could only get their workers back, times would be great. As it is, many of them are working harder than ever, often at tasks they used to pay others to do.

“We’re all doing it on a minimum staff,” said Daniel Basone, owner of The Lockview bar and restaurant downtown, as well as El Gato Taqueria next door on South Main Street.

Basone, who is 59, answered the phone cheerfully, even though he said he had just strained his back lifting a keg of beer — something he normally wouldn’t have to do himself. But for now at least, with customers aplenty and help scarce, he said he has little choice.

Basone’s restaurants, especially the Lockview, are normally popular spots for the downtown lunch crowd, but he has had to pick and choose when he’ll be open, on a limited basis, with what staff he’s been able to muster. El Gato still is closed temporarily, and the Lockview is only open in the evenings, for now, and closed on Sundays and Mondays. Normally, it would be a seven-day-a-week operation, open day and night.

“We’re not open in the day yet because we can’t find staff. Dude, it’s brutal. I need eight cooks, right now,” Basone said. “I could hire at least 25 people, right now. I used to run 52 employees for both places when we were in full swing. … Right now, I have 16 employees.”

Limited staffing and open hours aren’t holding the Lockview back too much, though. Basone said his business is at least 40% higher than it was in 2019, before the pandemic, but also when construction on Main Street in front of the restaurant had begun hindering business.

There’s no Sunday lunch crowd these days, but that’s probably OK. Basone can use the extra time to clean up from the weekends, which he says have recently been his busiest in years.

“On weekends, we’re getting back to an hour or an hour-and-a-half wait at the door. People are going out, man,” Basone said, noting that he has not seen crowds like that since 2018, before the construction outside began.

Business has gradually been coming back since last summer, when construction began moving past his locations, and has continued ever since, he said.

“Last summer, it was a slow build because the streets were still messed up, so we struggled. … But now it’s all looking good,” Basone said.

He said he’s doing well, in part, because other downtown attractions also are drawing people, some of whom come to the Lockview before or after concerts, ballgames and other events.

“A lot of it had to do with the Lock 3 concerts. We just got crushed right out of the gate when that started,” Basone said. “And, surprisingly enough, this has been the best year yet for the ballpark crowd.”

Restaurants don’t have to be downtown to be feeling the crush from the rush of new business, though.

About a half-mile from downtown on West Market Street, Akron Family Restaurant — a favorite breakfast haunt of executives, government officials and other movers and shakers in town — also has seen its business return to normal.

“Everyone’s actually coming back really strong. It’s surprising,” said Nick Corpus, who owns the restaurant along with his father, Dean, and other family members. “It’s like we just turned a switch and the pandemic didn’t happen and we’re just moving and grooving back to normal life. It’s a great feeling.”

Akron Family was closed for 90 days early in the pandemic, but it used that time to improve.

Dean Corpus said most of the restaurant’s business returned as soon as it reopened, but it took some time for the power-breakfast crowd to return, as many of the morning regulars were working from home. They’re back in full force now, he said.

Akron Family also could use more staff, but it probably fared better than most restaurants because it’s traditionally had low turnover, Dean Corpus reasons.

“I have four cooks that have been with me for more than 30 years. I tease Nick, ‘I’ve known her longer than I’ve known you,’ ” Dean joked, noting that his son just recently turned 30.

Further afield and a bit up the chain as far as fine dining goes, Ken Stewart’s Grille and Lodge also are both busy, said Terry Kemp, a manager at the Grille.

“We are fortunate that we have a great client base that keeps coming back, so we’ve ultimately been able to stay busy here at the restaurant,” Kemp said. “We do have far less tables than before COVID. That was done partly because of social distancing, but we haven’t been able to bring them all back because of staff.”

The Ken Stewart restaurants have returned to their pre-pandemic business hours, Kemp said, but so far with only about half the seating they had before COVID. They’ll open more seating as they staff up, she said.

Restaurateurs say they’re serving patrons as well and as quickly as they can, but some are asking for patience ahead of time during particularly busy times.

“I explain to every customer, ‘Your food will be up on time, but we’re just really short-staffed,’ ” Basone said.

Prices may be going up, though, driven by higher wages and the rising cost of food.

Nick Corpus said he thinks most, if not all, restaurants are going to be forced to charge more.