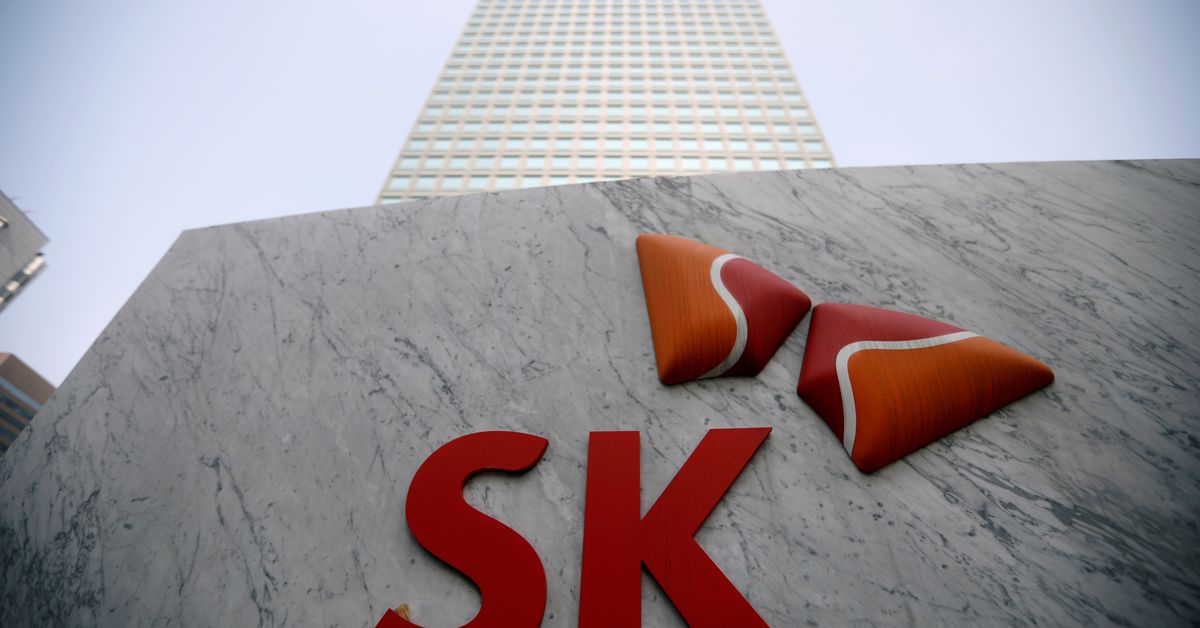 The logo of SK Innovation is seen in front of its headquarters in Seoul, South Korea, February 3, 2017. REUTERS/Kim Hong-Ji

SEOUL, July 1 (Reuters) – South Korea’s SK Innovation Co Ltd (096770.KS) said it is considering spinning off and listing its growing battery business, taking a page out of rival LG Chem Ltd’s (051910.KS) playbook that is on track to list its battery unit this year.

Global EV sales are set to increase by 70% this year, according to IHS Markit, after hitting an expected 2.5 million in 2020.

“We haven’t decided how to split the battery business … it takes quite a lot of resources to further grow our growing battery business, so we are considering the spin off as one of the ways to secure resources,” Kim said, adding he will review whether to list only on Nasdaq or opt for a dual listing in the United States and South Korea.

SK, which supplies batteries to Ford Motor Co (F.N), Volkswagen AG (VOWG_p.DE), Hyundai Motor Co (005380.KS) and among others, also said it aims to increase its annual battery production capacity to 200 gigawatt-hours (GWh) in 2025, up 60% from a previously announced goal of 125 GWh. Its current capacity is 40 GWh.

But the company’s shares – which had climbed some 28% this year up to Wednesday’s close on expectations that the battery business will be profitable after years of losses – fell as much as 9.3% to a three-week low after the announcement.

Analysts said without the battery business, SK Innovation would just be left with its conventional petrochemical business, which investors do not find as attractive.

In September, LG Chem said it would separate its battery business, which supply batteries for Tesla Inc (TSLA.O) and General Motors Co (GM.N), into a new company, LG Energy Solution. Shares of LG Chem have jumped more than 30% since September, buoyed by its chemical business due to strong material demand.

SK Innovation’s battery business chief Jee Dong-seob said a speedy spin off would give the company more funds to expand the business, but added it had not yet decided on details or a timeline.

SK’s battery business aims to secure more than a fifth of the global EV battery market by 2030, Jee said, adding the battery cell joint venture announced in May between the company and Ford Motor could produce up to 180 gigawatt-hours by 2030. read more

The company has battery production sites in the United States, Hungary, China and South Korea.