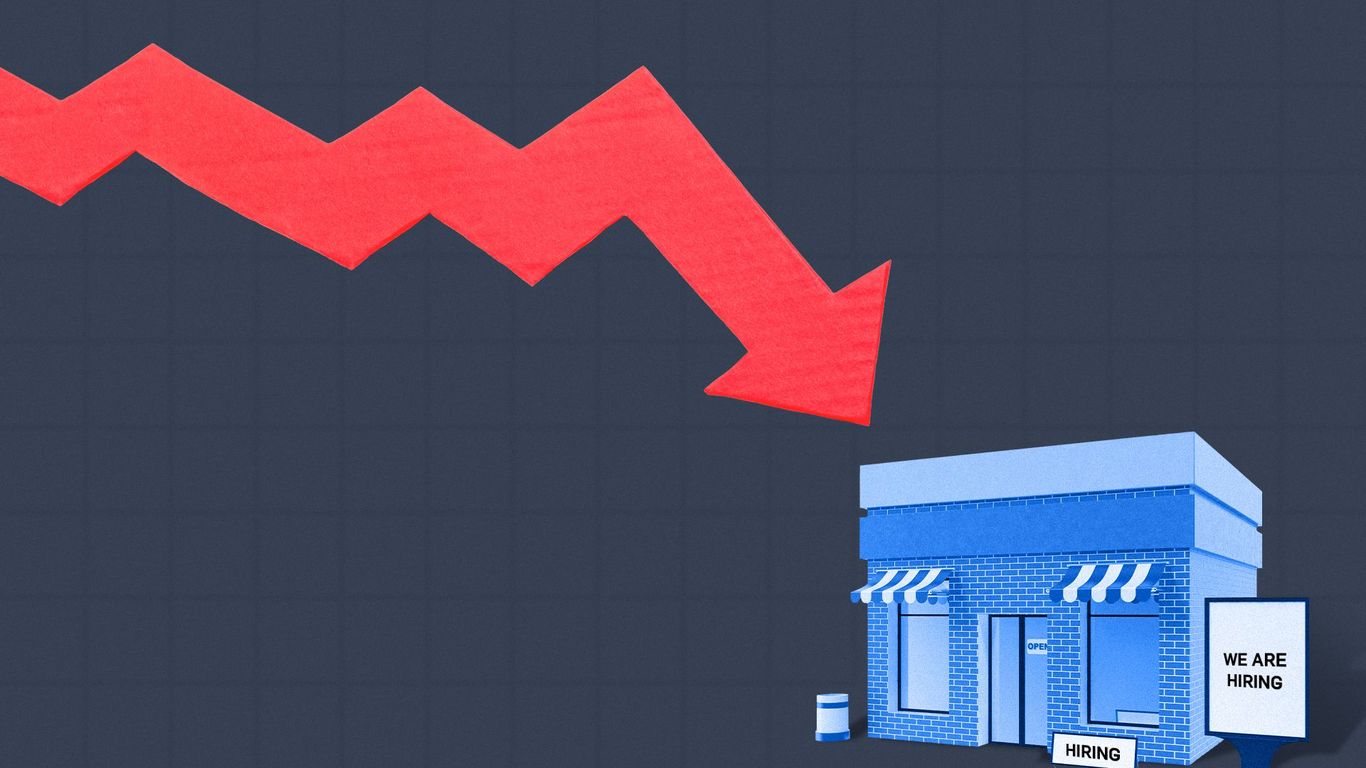 Small businesses aren’t thriving quite like their large corporate counterparts.

Why it matters: It’s a signal of the bifurcated pandemic recovery, in which the biggest U.S. companies have reported record earnings growth as they leveraged higher wages to help recruitment and used their scale to make cost cuts.

By the numbers: About 53.3% of small and medium-sized businesses missed out on revenue opportunities due to staffing issues, according to a new survey conducted from July 12 to 15 by Salesforce.

What they’re saying: When asked why there’s been such a stark contrast between small business and S&P 500 earnings in recent months, Holly Wade, executive director of the NFIB Research Center, tells Axios that staffing issues explain a lot, but not all of, the bottom line woes.

Between the lines: It may seem like the obvious solution is to just raise pay more aggressively.

The bottom line: Even in a booming economy, many small businesses will find themselves at a disadvantage relative to larger corporations if they have to compete for scarce resources like labor.

Editor’s note: This post was updated to include data from Salesforce.