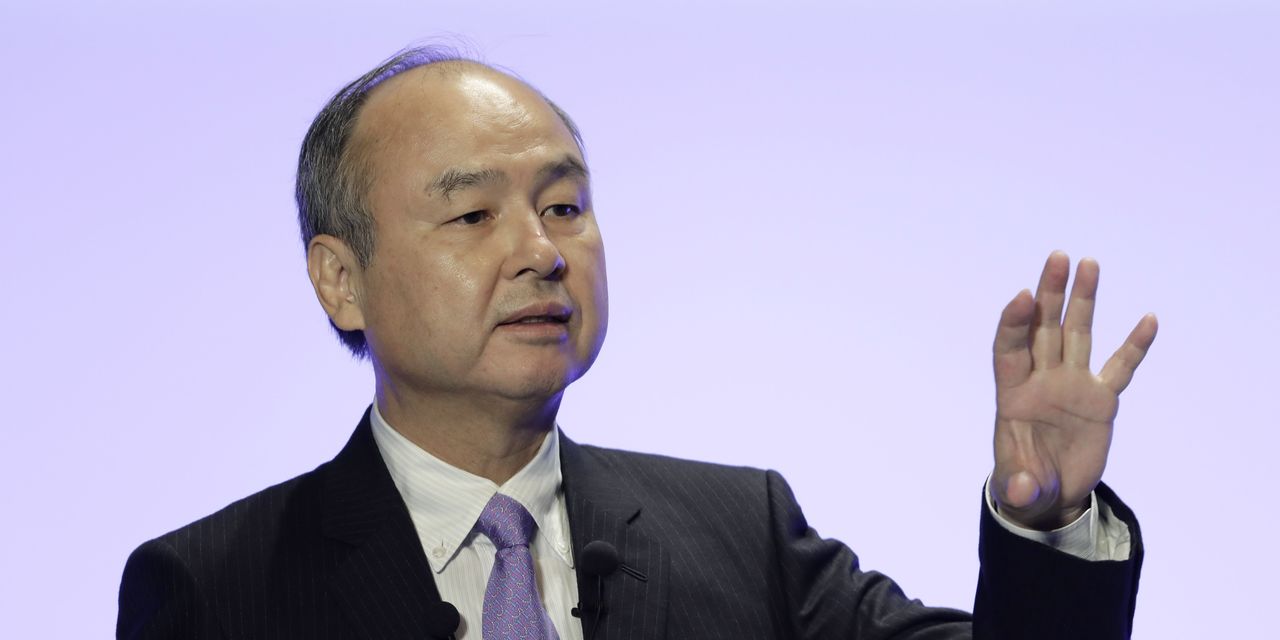 TOKYO— SoftBank Group Corp. said a decline in the value of many holdings in its investment portfolio sent its profit lower during the latest quarter, showing that headwinds are rising for the world’s biggest tech investor.

The Japanese conglomerate, best known for its $100 billion Vision Fund, said net profit was ¥761.5 billion, equivalent to $6.9 billion, for the quarter ended June. That was lower than the year-ago figure and a fraction of the record-setting January-March quarter, when the company rode booming stock markets to multibillion-dollar gains on its investments.

The value of some of those investments sank during the April-June quarter, including Coupang Inc., a Korean e-commerce company that listed in March, and Auto1 Group, a German online used-car dealer that went public in February. In the latest quarter, the Vision Fund and its successor lost the equivalent of more than $6 billion collectively on the value of nine holdings, including Coupang, as the frenzy over some of tech’s hot listings cooled slightly. Those companies had helped generate tens of billions of dollars in largely paper gains for the two funds.

Even after accounting for those declines in value, the two funds still logged the equivalent of about $2.6 billion in investment gains in the latest quarter.

SoftBank’s own shares closed Tuesday at ¥6,831, up slightly for the day but down more than 35% from the year’s peak.