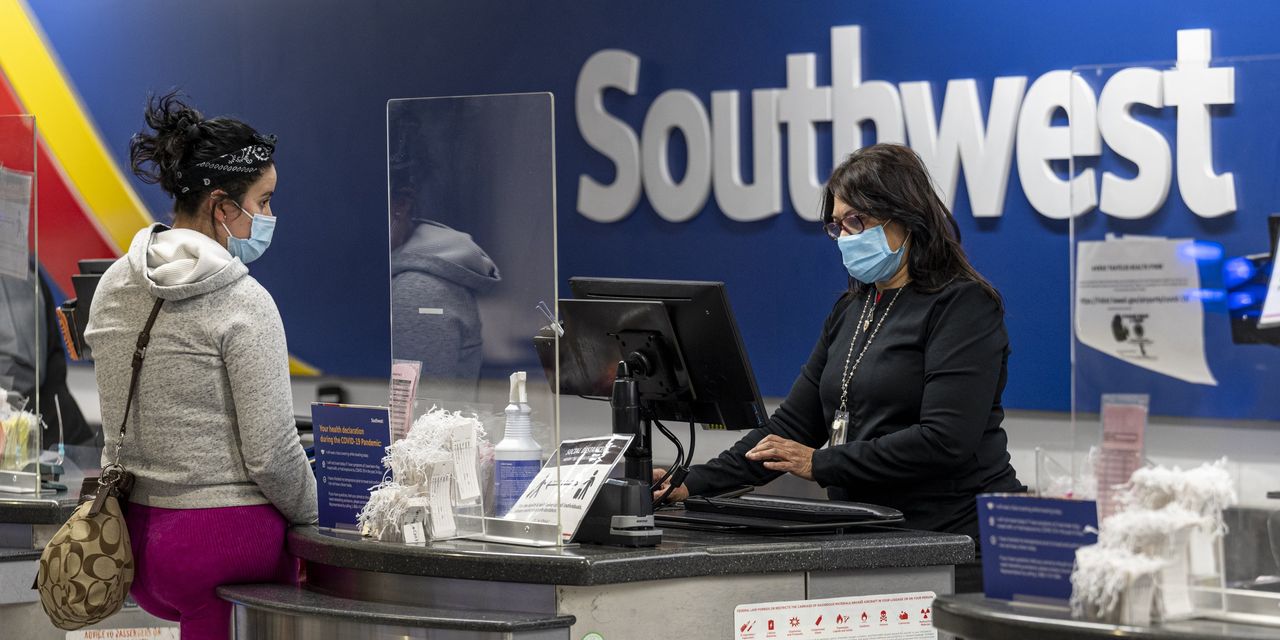 Southwest Airlines Co. said the recent surge in Covid-19 cases is causing bookings to slow and cancellations to rise, showing how quickly the Delta variant is denting economic activity.

The airline said Wednesday that while demand for the key Labor Day weekend remained healthy, the recent slowdown would make it difficult to turn a profit in the third quarter, excluding the impact of government payroll assistance. That is even after a fare sale designed to stoke the return of business traffic in the fall.

Southwest’s move reverses airline executives’ bullish tone just a few weeks ago, with rising Delta-variant infections prompting the cancellation of festivals and trade events such as the New York Auto Show planned for later this month.

Some consumers are reconsidering activities like travel and eating at restaurants as the surge leads certain retailers and municipalities to reimpose mask mandates.

The weekly average number of seated diners tracked on restaurant reservation platform OpenTable was down 8% from 2019 levels for the week that ended Aug. 10, a reversal since late June, when dining activity surpassed 2019 levels. Credit-card spending tracked by Chase shows that air-travel purchases have slipped in recent weeks while restaurants spending has leveled off, J.P. Morgan analysts said in a note Tuesday.