Sports Gambling Is a Disaster Waiting to Happen – The Atlantic 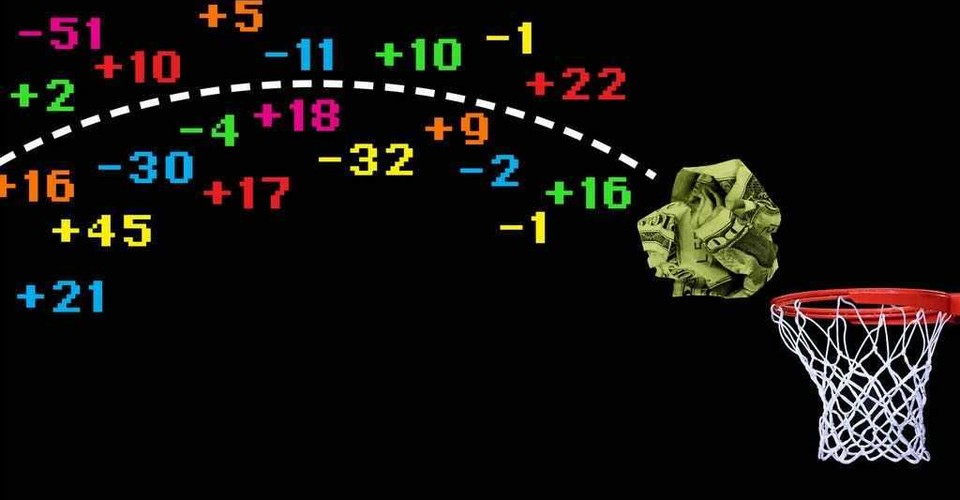 In every Major League Baseball clubhouse, a sign with Major League Rule 21(d) is prominently posted. The rule deals with gambling. It says that any player, umpire, or employee of a team or the league who bets on a game they’re not involved in will be banned from MLB for a year; if they are involved in the game, the ban is for life. Elsewhere in these ballparks are gambling signs of a different kind: ads and sponsorship logos for DraftKings, BetMGM, FanDuel, and the like.

The MLB rule is in plain view in every clubhouse—including Pete Rose’s clubhouse, right as he was breaking it—because of the 1919 Black Sox scandal. The scandal remains shrouded in myth, but it involved eight players who were banished from baseball for conspiring to throw the World Series. The damage was so devastating that MLB appointed its first commissioner, Kenesaw Mountain Landis, solely to clean up the mess. Landis’s success in doing so, along with the emergence of Babe Ruth, is widely considered to have salvaged a sport that had been so rife with gambling and game fixing that many fans and sportswriters had suspected that the 1919 World Series was rigged while it was happening. People will forgive a lot in sports. But they do have to believe that the results are legitimate. Without that, the games are meaningless—a sinister chaos.

Read: What happens to gambling when sports shut down?

Today, though, the lessons of the Black Sox scandal have been lost to time. There appear to be no such fears about the corrupting effects of gambling, a vice that, like so many before it, has become corporatized. The NFL, NBA, MLB, WNBA, and NHL (not to mention some college programs) have all signed lucrative deals with sports books such as MGM, Bally’s, PointsBet, and DraftKings. The Supreme Court struck down a federal ban on sports betting in 2018; last year it was a $26 billion industry. That number is expected to skyrocket over the next decade—especially when a pandemic isn’t slowing down sports. The future of money in sports is gambling, as anyone who watched the first two weekends of NFL games this season can tell you. This tsunami of advertising—and the oceans of cash it generates—puts the integrity of the games we love at risk. For all we know, the next big gambling scandal might already be happening.

Sports are certainly different than they were in 1919. The notion that the Black Sox players were forced to throw the World Series because their owner, Charles Comiskey, was so tightfisted with them is part of the myth, but there’s no question that today’s athletes are far better compensated than those of a century ago, and therefore less likely to succumb to financial temptation. (This is different from saying they’re “overpaid.” They’re not.) But that’s true of only professional athletes. Tens of thousands of collegiate athletes aren’t getting any compensation whatsoever—and I’m not just talking about big-time college sports. You can bet right now on, say, a Coppin State University volleyball game. Do you know how easy it would be to fix a volleyball game that no one is otherwise paying attention to? Betting on high-school sports or the Little League World Series is not currently legal in the United States, but you can bet on both on offshore gambling sites. Gambling advocates claim that high-school sports will always be off-limits in the U.S. Only time will tell. If we’ve learned anything from the rush to gambling over the past few years, it’s that when enough money gets thrown around, the goalposts have a tendency to move.

The other major difference, of course, is technology. Bets can be made in real time, from your phone, mere feet away from where a game is being played. And the things you can bet on are becoming more granular every day. One of the biggest growth areas in gambling is in-game betting, which allows you to make new wagers in the middle of a game, based on betting lines that shift after the game has started. (If the Cardinals fall behind 5–1, for example, you can place a new bet that they’ll make a comeback.) This seems like just the start. The prospect that you will be able to bet on individual actions in a game—will this player strike out during this at bat? Will this kicker miss that extra point?—is inevitable. It’s catnip for gamblers. The possibilities for malfeasance—the near impossibility of ever knowing for sure what’s legit and what isn’t, whether that player tried to miss his shot or just missed it—are limitless.

Many in the industry claim that the technology has become too foolproof for such scandals to arise, that any betting irregularities will be automatically sniffed out by sophisticated AI. But this seems likely to apply mainly to events like the Black Sox scandal, when the World Series is on the line, or when massive sums of money are wagered in one direction, triggering alarm bells. Players (or coaches, or, perhaps most likely, referees) shaving points or missing shots or giving up free layups could and will happen in microforms all around the country.

And that’s the thing: It doesn’t have to be a scandal of Black Sox scope to eat away at what people love about sports. The whole point of athletic competition is that it’s on the level. Elite athletes trying their best at every moment is the entire premise. Even if you find that too romantic or naive, sheesh, the only reason people bet on sports in the first place is that they’re supposed to be legit. (This is why you can’t bet on WWE matches. Yet, I suppose.) When you take away that fundamental element of fair competition, sports cease to have any meaning whatsoever. You have to believe.

Read: Is March Madness a sporting event—or a gambling event?

I understand that gambling is a key revenue source for leagues, media, and individual states, during a time when every revenue source is vital. The thing is, gambling has always been a key potential revenue source. But because memories of the Black Sox scandal were so fresh, and were passed down from generation to generation (which is why then-Commissioner Bart Giamatti came down so hard on Pete Rose), leagues were incredibly cautious about touching the hot stove. Then arrived technology that made gambling frighteningly simple, revealing it as perhaps an even bigger moneymaker than anyone had anticipated. That, combined with the Supreme Court’s 2018 decision, flung the door wide open. Who wants to talk about the Black Sox when there’s so much money to be made?

Now the world of sports has plunged into gambling with both feet. Trouble is coming. It’s all fun and games until suddenly, dramatically, it isn’t.

This article originally misstated the size of the sports-betting market in 2020. It was worth an estimated $26 billion, not $26 million.