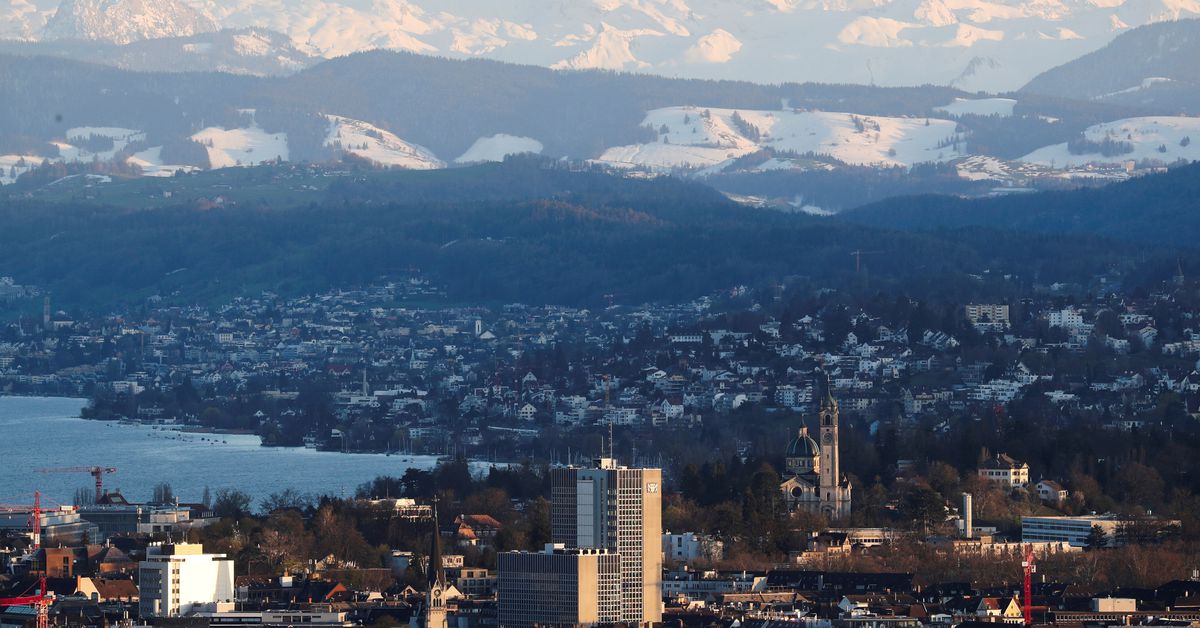 The Verwaltungszentrum Werd administration center is seen in front of the eastern Swiss Alps and Lake Zurich in Zurich, Switzerland, April 8, 2021. REUTERS/Arnd Wiegmann

Switzerland will have to find new ways to remain attractive to business, experts said on Monday, after Group of Seven (G7) nations reached a landmark deal to reduce the incentive of multinational companies to shift profits to tax havens.

G7 finance ministers agreed on Saturday to back a global corporate tax rate of at least 15% to squeeze more money out of sprawling companies such as Amazon and Google. read more .

The Swiss finance ministry said it had taken note of the declaration of intent and would focus on competitive framework conditions. “Switzerland will take the necessary measures to continue to be a highly attractive business location,” it said in a statement.

Experts said the traditionally low-tax country would have to adjust to compensate for the impact of the reform that will be discussed at next month’s G20 meeting.

“It is a challenge. Up to now, Switzerland was attractive because of its favourable corporate tax rates that allow it to make up for relatively high salaries,” Martin Hess, head of tax at Swissholdings that represents Swiss-based multinationals, told Reuters.

“Now Switzerland has to use different tools, but we see abroad that there are possibilities. That is reassuring,” Hess said, noting that Germany, for example, pays part of researchers’ salaries.

Under pressure from abroad, Switzerland reformed its corporate tax system in 2019, scrapping special tax status for some companies. It was back in the spotlight in April, to the government’s dismay, when U.S. President Joe Biden called it a tax haven in a speech to Congress.

Audit firm KPMG said Swiss corporate tax rates declined slightly this year to 14.9% on average. However, the canton of Zug, home to more than 35,000 companies including raw material giant Glencore, has a rate as low as 11.9%.

Peter Uebelhart, tax partner at KPMG Switzerland, said he didn’t expect an across the board rate of 15% to lead to an immediate exodus.

“Swiss or Irish subsidiaries of international firms serve a purpose, notably being close to European markets, and you also have to ask where else they could go on a global level playing field,” he said.

He said accumulating deficits in many countries meant new rules could be pushed through quickly, so Switzerland was well advised to think now about adjusting tax rates and other tools.