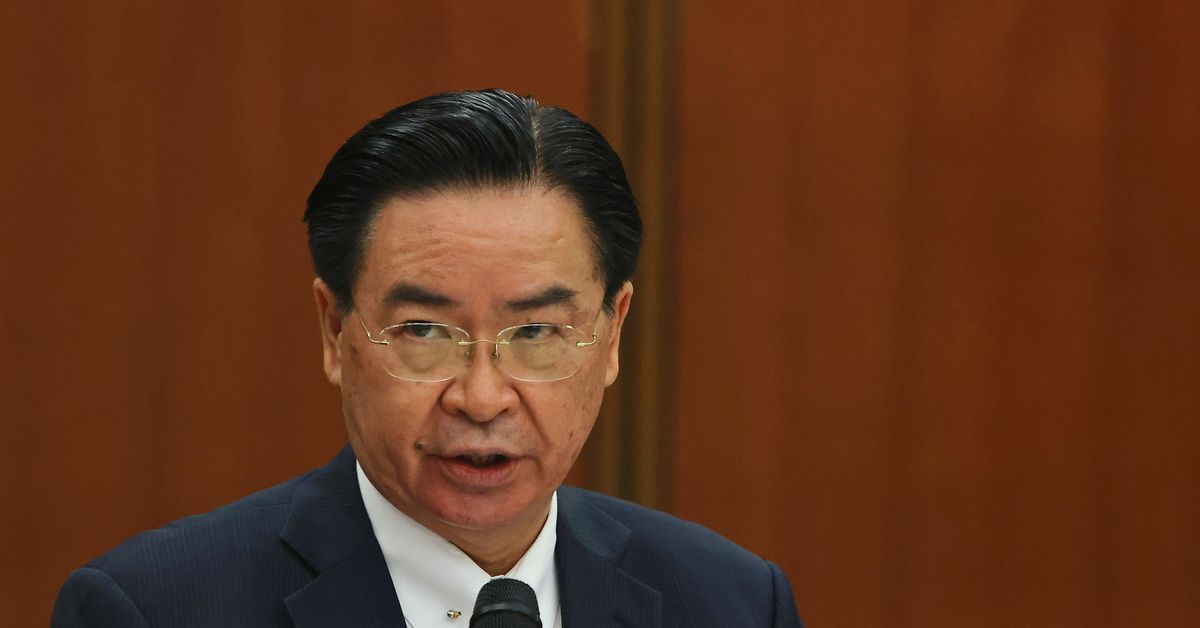 PRAGUE, Oct 19 (Reuters) – Taiwanese Foreign Minister Joseph Wu and a business delegation will visit Prague on Oct. 23-27, the Czech Taiwanese Business Chamber said on Tuesday, a fresh indication of warm relations between the European Union country and the self-ruled island.

Taiwan’s foreign ministry announced last month that an investment delegation led by a senior minister would travel to three central and eastern European countries to show gratitude for COVID-19 vaccine gifts and other support. read more

Besides the Czech Republic, the Taiwanese delegation is scheduled to visit neighbouring Slovakia, and Lithuania.

Kung Ming-hsin, who runs the National Development Council which is in charge of Taiwan’s industrial development policy, will lead the delegation for the series of meetings focused on high-tech cooperation on Oct. 23-26, the chamber said.

The visit, which includes the foreign minister’s arrival on Oct. 27, is likely to trigger a reaction from China, similar to its rebuke of the Czech parliament upper house speaker, Milos Vystrcil, for his trip to Taipei in September 2020.

China claims democratic Taiwan as its own territory.

The delegation’s visit is another step away from Beijing-oriented foreign policy pushed by Czech President Milos Zeman.

The shift comes as the Czech Communists, China’s most faithful ally on the Czech political scene, have missed out on parliament seats in the Oct. 8-9 election, and Zeman has been out of active politics for the past several weeks due to an officially unspecified illness. read more

Reporting by Robert Muller in Prague
Editing by Matthew Lewis