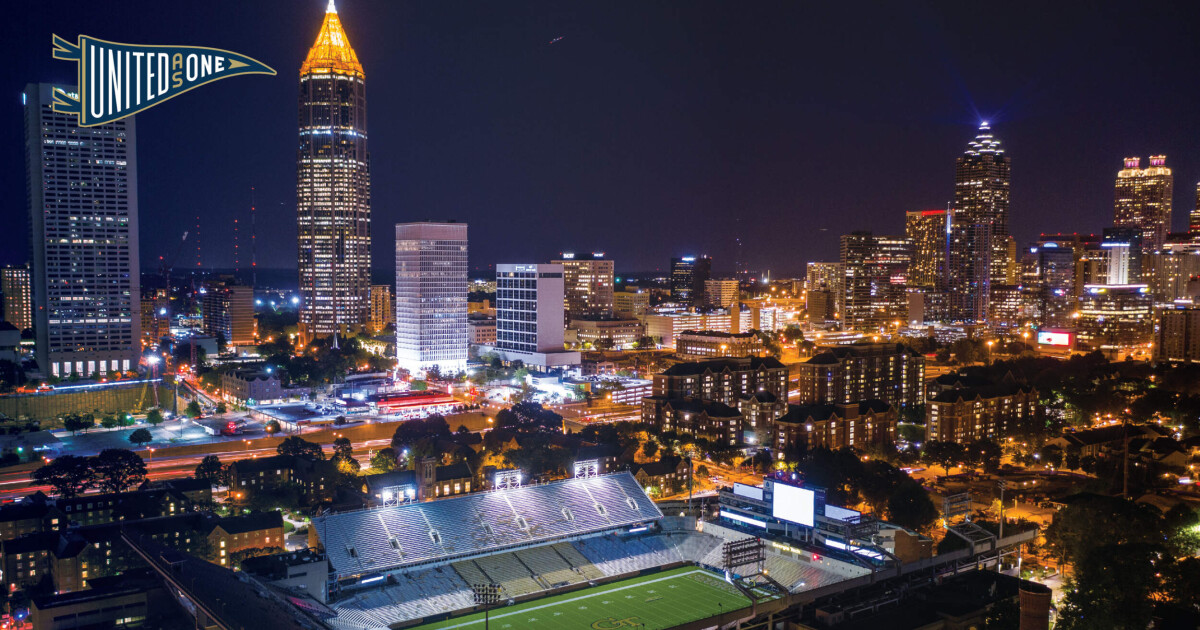 As part of the agreement, 680/93.7 The Fan – the preeminent sports radio station in the Southeast – will remain the flagship station of the Georgia Tech Sports Network, bringing fans the live broadcasts of all Tech football and men’s basketball games throughout the Atlanta metro area.

Adding a new element to the partnership between Tech athletics and Dickey Broadcasting (a relationship that reaches the 30-year mark in 2022), Dickey will take over full production of all Georgia Tech Sports Network broadcasts, much like it does for the Atlanta Braves Radio Network.

“We’re excited and grateful to extend our partnership with Dickey Broadcasting and 680/93.7 The Fan,” Stansbury said. “Georgia Tech fans will benefit from our enhanced relationship with The Fan, as our radio broadcasts will take on the same level of production quality that The Fan provides for the Atlanta Braves Radio Network, and be carried on a wide variety of over-the-air and online platforms in the Atlanta metro area, across the state of Georgia and worldwide. We’re looking forward to 680/93.7 The Fan continuing to be Atlanta’s radio home for Georgia Tech athletics for years to come.”

“We are thrilled to extend our decades-long partnership with Georgia Tech Athletics and we are equally thrilled to be working with the great team at Legends,” Dickey Broadcasting president and general manager David Dickey said. “This expanded partnership creates a dynamic, multi-media platform in which to create and distribute Georgia Tech-focused content to Tech fans throughout the State of Georgia and the Southeast. We look forward to working with this incredible team for many years to come.”

“We’re proud to help lead the great relationship between Georgia Tech athletics and Dickey Broadcasting into a fourth decade,” Legends senior vice president for partnerships and activation Jean-Paul Dardenne said. “As we explored ways to grow Georgia Tech athletics’ multimedia presence in Atlanta and beyond, it was clear that Dickey Broadcasting and 680/93.7 The Fan were the right partners to help us make that happen. We’re delighted to expand our partnership with the outstanding team at 680/93.7 The Fan and to bring great Georgia Tech content to listeners throughout Atlanta, the state of Georgia and worldwide.”

With 400-plus student-athletes across 17 varsity sports, Georgia Tech competes at the highest level of intercollegiate athletics as a member of NCAA Division I and the Atlantic Coast Conference (ACC), while also developing young people who will change the world. Georgia Tech has long been a leader in innovation in college athletics with the NCAA CHAMPS/Life Skills Program (known as the Total Person Program at GT), commitments to athletics scholarships until a student-athlete graduates and the use of virtual reality in recruiting among the many concepts that originated on The Flats. The Yellow Jackets have won five national championships during their illustrious history (four in football – 1917, 1928, 1952 and 1990; one in women’s tennis – 2007), appeared in two Final Fours in men’s basketball (1990 and 2004) and three College World Series in baseball (1994, 2002 and 2006). Combining world-class education with top-notch athletics, Georgia Tech has produced 86 Academic All-Americans.