Tallahassee, Fla. – Christo Lamprecht, Noah Norton and Bartley Forrester carded subpar rounds Tuesday, and Georgia Tech posted a 3-under-par final round of 285 to finish third in the NCAA Tallahassee Regional at Seminole Legacy Golf Club. The Yellow Jackets advance to the NCAA Men’s Division I Championship for the 30th time in team history and will begin play May 28 at Grayhawk Golf Club in Scottsdale, Ariz.

It was the highest finish in an NCAA regional for the Jackets, who have won five in their history, since a third-place performance in 2015 in San Diego. Since then, Tech had failed to advance three times and finished fourth in 2019. Top-seeded Florida State won on its home course, while No. 2-seed Georgia finished second, No. 3-seed Liberty fourth and sixth-seed TCU fifth to also advance to the championship finals.

Tech began the final round in third place and never was in danger of falling out of the top five to advance, building a strong cushion with nine birdies over holes 11 through 14 on the back side, at one point reaching 9-under-par for the round and 22-under for the regional.

TECH LINEUP – Tech collected three birdies each on the par-5 11th, the par-4 12th and the par-5 14th holes, enabling the Yellow Jackets to weather a 5-shot slide on the final hole.

Lamprecht, a freshman from George, South Africa, shot a 2-under-par 70 with six birdies on his card, and finished the tournament as high Yellow Jacket, a tie for seventh place at 7-under-par 209. Norton, a senior from Chico, Calif., and Forrester, a sophomore from Gainesville, Ga., who replaced Will Dickson in Wednesday’s starting five, each posted 1-under-par 71. Forrester played bogey-free golf, getting consecutive birdies on 12, 13 and 14, before finishing his round with bogeys at 17 and 18.

Ben Smith, a junior from Novi, Mich., provided the Jackets’ fourth counting score with a 1-over-par 73 and tied for eighth place overall at 6-under-par 210. Connor Howe’s 74 didn’t count for Tech Wednesday, but the junior from Ogden, Utah finished in a tie for 21st place individually at 215 (-1).

TEAM LEADERBOARD – Top-seed and host Florida State won the Tallahassee Regional comfortably, posting the day’s best round at 10-under-par 278 for a 54-hole total of 830 (-34). The Seminoles finished 17 strokes ahead of No. 2-seed Georgia, who rallied late for an 8-under-par round of 280 and a tournament score of 847 (-17).

INDIVIDUAL LEADERBOARD – Georgia’s Davis Thompson, one of the nation’s top amateur players, took home medalist honors after posting rounds of 67-67-68 for a 14-under-par total of 202, winning by one stroke over Jacksonville’s Michael Sakane, who shot a closing 70 Wednesday for a 54-hole total of 203. He will advance to the NCAA Championship as an individual.

Florida State teammates Vincent Norman (207, -9) and John Pak (208, -8), who each shot 69 Wednesday, finished third and fourth respectively, followed by the Yellow Jackets’ Lamprecht in a three-way tie for fifth at 209 (-7).

Tech’s Smith and Georgia’s Trent Phillips were among five players tied for eighth place at 210 (-6).

TOURNAMENT INFORMATION/FORMAT – Eighty-one teams and 45 individuals competed for spots in the NCAA Division I Men’s Golf Championship finals in six regional qualifying tournaments. The top five teams and one individual from each regional are advancing to the finals, May 28-June 2 at Grayhawk Golf Club in Scottsdale, Ariz., which has a field of 30 teams and six individuals. 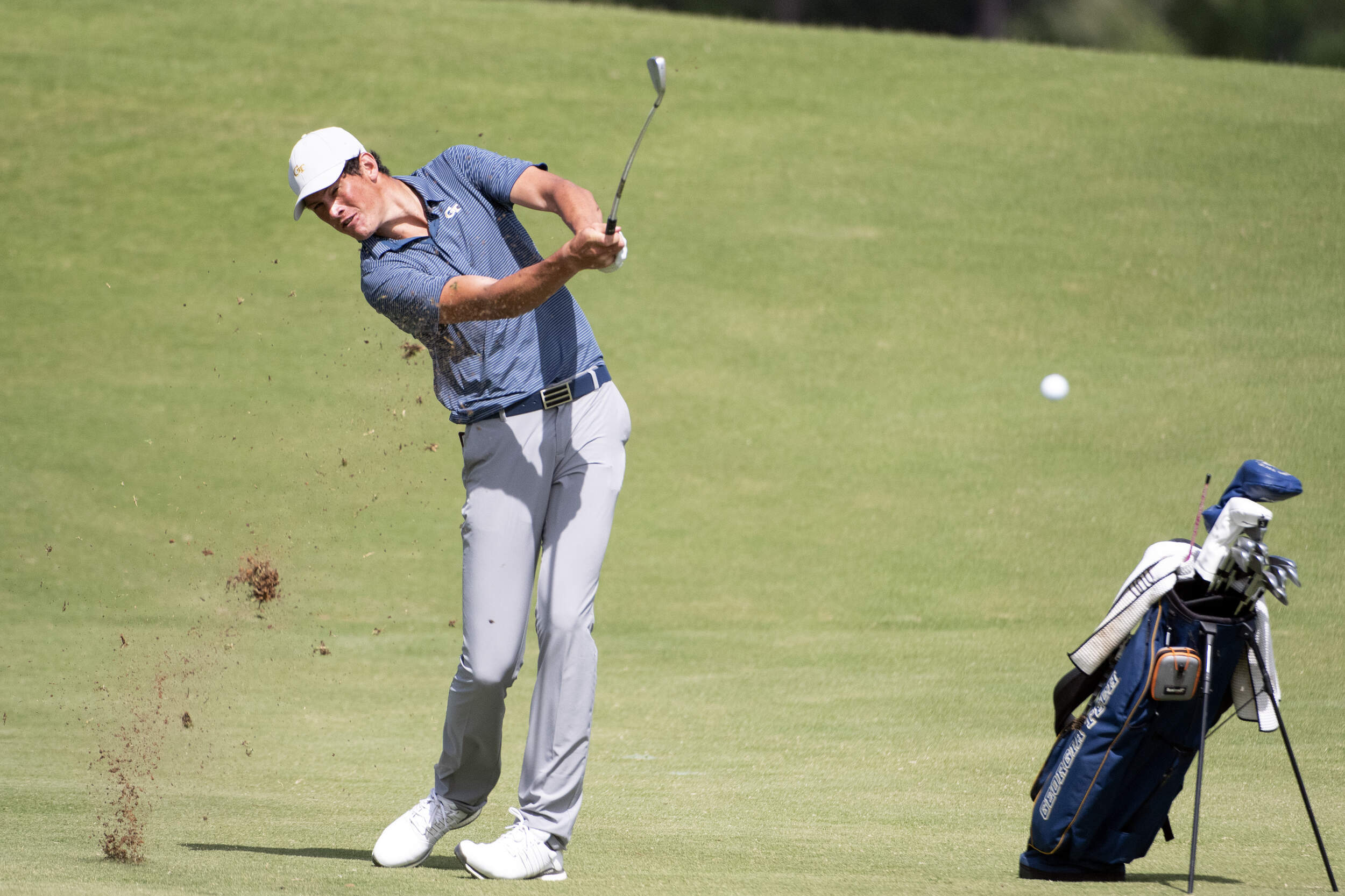