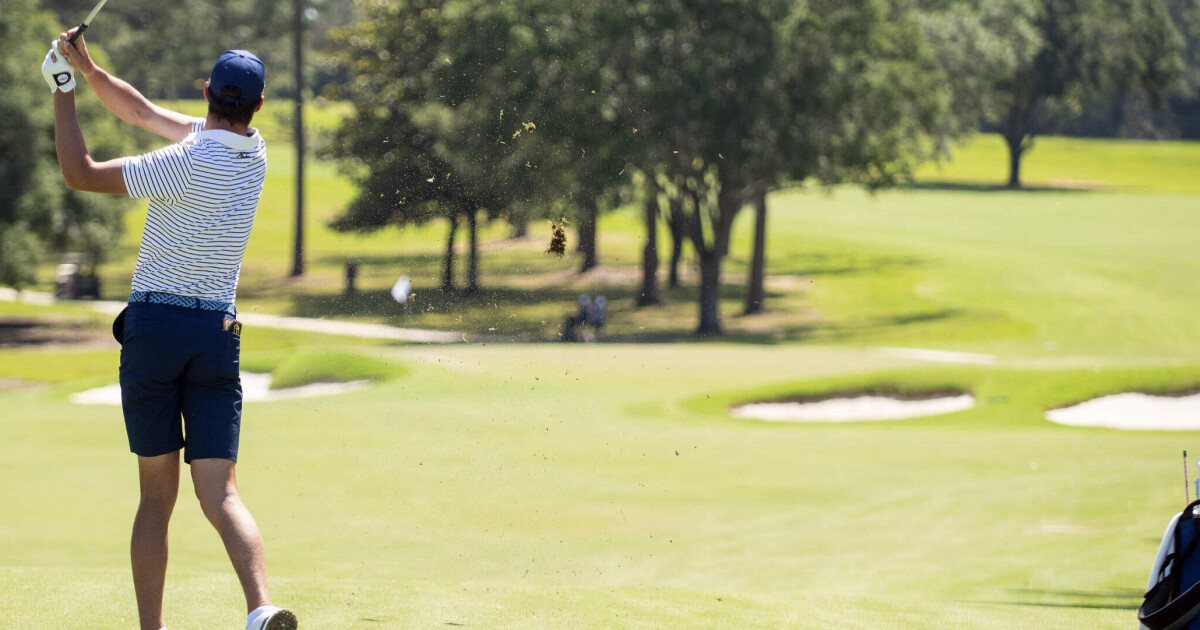 The 27th-ranked Yellow Jackets are bidding to reach the NCAA Championship finals for the 30th time in team history (29 of those since 1985). The top five finishers, and the top individual not on those teams, will advance from this regional to the championship, which begins May 28 in Scottsdale, Ariz.

Tech will begin round 2 at 8:30 a.m. Tuesday from the No. 1 tee, paired with Florida State and Liberty.

TECH LINEUP – Lamprecht, a freshman from George, South Africa, and Smith, a junior from Novi, Mich., are playing in an NCAA event for the first time. Lamprecht played a bogey-free 18 holes with two birdies on each side, while Smith made three birdies and an eagle over a six-hole stretch in his back nine. Both players are tied for fifth place individually, three shots off the pace.

Noah Norton, a senior from Chico, Calif., backed them up with a solid round of 70 (-2), carding three birdies to offset one bogey, while junior Connor Howe (Ogden, Utah) added a 1-under-par 71 for the Yellow Jackets, with four birdies on his card. Norton is tied for 12th place individually, while Howe is tied for 19th.

With four subpar rounds and a toss-out score of 73 from senior Will Dickson (Providence, Utah), the Yellow Jackets put together perhaps their best round of the spring top-to-bottom. Tech played the par-5 holes in 11-under-par, second-best on the day, and led the field on the par-3s at minus-3. The Jackets led the field in pars (59), were fifth in birdies (19) and had no scores over bogey among their five competitors.

Tech, which played the back nine first, scored 9-under-par on its second nine and gained much ground on the three top seeds, which started on No. 1. The Jackets’ score was its best in relation to par in an NCAA regional since 2014 in Raleigh (-16 and -12 in first two rounds).

Notable: Lamprecht is 14-under-par over his last six rounds (five of six under par) … Howe posted his fourth consecutive subpar round (today plus all three at ACC Championship).

TEAM LEADERBOARD – Top-seed and host team Florida State, boosted by a 67 from All-American John Pak and three 68s, stood at 21-under-par through 14 holes but stumbled coming home, finishing the round at 17-under-ar 271. The No. 2-ranked Seminoles are six shots ahead of the Yellow Jackets (277, -11).

Liberty, the Atlantic Sun Conference champion, posted a 5-under-par 283 on the strength of a 65 from its top player, Kieran Vincent, and has third place. Ohio State is in fourth place after posting a 4-under-par 284, while No. 2 seed Georgia is in fifth place at 3-under-par 285.

INDIVIDUAL LEADERBOARD – The Flames’ Vincent recorded six birdies, an eagle and a bogey on the way to his 65, two strokes better than Georgia’s Davis Thompson, the Seminoles’ Pak and Jacksonville’s Michael Sakane, each of whom shot 3-under-par 67.

Tech’s Lamprecht and Smith are in a group of five players at 68 (-4) tied for fifth place, while Johnny Travale of Central Florida and Keller Harper of Furman each carded 3-under-par 69 to tie for 10th. Norton is among seven competitors tied for 12th at 70 (-2).

TOURNAMENT INFORMATION/FORMAT – Eighty-one teams and 45 individuals are competing for spots in the NCAA Division I Men’s Golf Championship finals in six regional qualifying tournaments. The top five teams and one individual from each regional will advance to the finals, which will be conducted May 28-June 2 at Grayhawk Golf Club in Scottsdale, Ariz., which has a field of 30 teams and six individuals.

The Yellow Jackets are playing in an NCAA regional for the 23rd straight year and for the 30th time in the 32 years the NCAA has used a regional qualifying format for its championship (the NCAA Championship and regionals were not conducted last spring due to COVID-19).