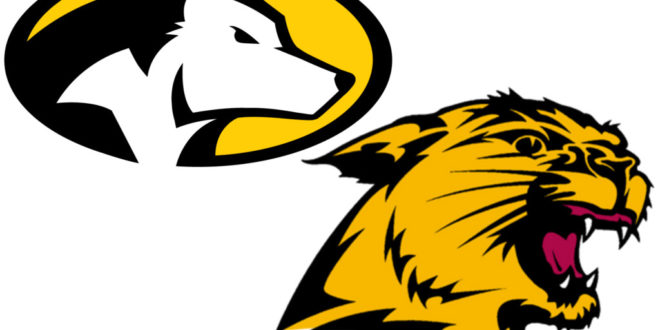 The MTU soccer team edged Northwood University 2-1 last evening. After the Huskies fell behind midway through the game, Jesse Jacobusse tied it up. Brooke Schauer scored the game-winner in the 61st minute. The Huskies will host Ferris State tomorrow at noon.

The Finlandia University baseball team dropped two games at Wisconsin-Stevens Point yesterday, 5-1 and 11-8. The Lions were held to just four hits in the opener. In the nightcap, Jacob Mead had four hits, including a home run. Eastyn Culp and Harrison Kampf also homered

The Lions will remain in Stevens Point for doubleheaders today and tomorrow.

The Finlandia softball team hosts Gogebic Community College for a doubleheader this afternoon. Those games were originally scheduled for tomorrow, but were moved up because of rain in the forecast. Coverage will begin at 1:40 on 99.3 The Lift and 993TheLift.com.

The Detroit Red Wings visit the Carolina Hurricanes this evening.

The Wings will play without defenseman Patrik Nemeth tonight. He was traded to the Colorado Avalanche last night, in exchange for a fourth-round pick in the 2022 draft.

With the NHL trade deadline looming Monday afternoon at 3:00, there could be more moves this weekend. One player who was considered a potential trade chip will likely not be involved. Forward Bobby Ryan reaggravated his upper body injury while working out early this week. Team officials now say he’ll miss the rest of the season.

The Detroit Tigers lost 4-1 to the Cleveland Indians last evening. Cleveland jumped on emergency starter Derek Holland for three runs in the first inning. Holland left in the third inning. Buck Farmer pitched through the fourth. Michael Fulmer finished, allowing a solo home run and just one other hit over the final four frames. Wilson Ramos’ solo home run in the eighth inning was one of just four Detroit hits.

The Tigers play at Cleveland again tonight. Tarik Skubal will pitch against Aaron Civale. Coverage begins at 5:50 on 99.3 The Lift.

Holland was pressed into service to open yesterday’s game after scheduled starter Julio Teheran felt tightness in his right triceps during warmups.

The Brewers had yesterday off, and play at Saint Louis again this afternoon. Adrian Houser will start against Carlos Martinez.