Tech Shakes Up the Supermarket – The New York Times 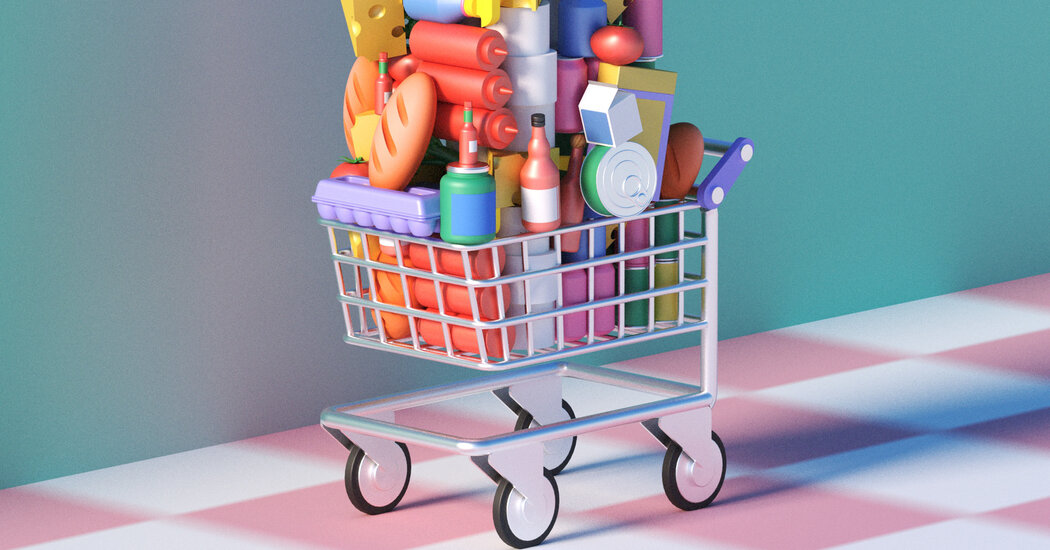 The grocery store might be the most visible place to see the ripple effects of technological changes on consumers, companies and American workers.

That’s an insight from my colleague Sapna Maheshwari, who recently wrote about the ways that pandemic-related alterations in food shopping are making grocery stores more like Amazon warehouses.

We talked about the shake-up from what is so far a relatively small percentage of Americans skipping the supermarket to order online, and how stores and their workers are navigating the unknown future of groceries.

Shira: What’s new in Americans’ grocery shopping habits, and what does that mean for stores?

Sapna: The biggest change is that many more people during the pandemic started ordering groceries online to pick up at stores or for deliveries at home. Shopping online grew quickly, but it’s still not huge. People in the industry told me that it’s less than 10 percent of grocery buying now.

Even that relatively small change is the biggest shake-up in the industry in years, and a challenge. For each order that we pick up at the store or have delivered, someone is personally grocery shopping for us. Grocery stores don’t usually have a lot of financial wiggle room. The industry standard is around $5 in profit on a $100 grocery purchase.

How are grocery sellers trying to manage this?

The main way is trying anything to make store workers more efficient at putting together grocery orders to keep down costs. One executive told me that every second counts.

Some stores are using hand-held gadgets that direct workers to the fastest route through the store to the 20 things on a shopper’s list. Some food packaging has changed so a worker doesn’t spend time weighing a pound of apples; instead she can just grab a premade bag of apples.

That sounds like an Amazon warehouse or another e-commerce distribution center.

That’s right. Grocers are in this awkward phase where they don’t know how future generations will want to shop. So grocery stores are trying to do double duty as places for in-person shopping and online-order assembly lines similar to an Amazon warehouse.

One difference is that most people don’t see what happens in an e-commerce center. The changes in grocery store operations and jobs are happening where we’re pushing around our shopping carts. It’s such a clear example of how technology is changing our lives in one of the most ordinary places in America and for a large work force.

Great point. And how do store workers feel about the changes in their jobs?

It varies. I talked to someone who liked the stimulation and physical activity of walking through a store putting together grocery orders.

I’ve also talked to employees who felt ground down by how much of their work was guided by automated systems and measured by how fast they assembled orders. One worker told me about the dread of bamboo skewers. They’re often near meat or seafood counters, which might be logical for an in-person shopper who wants to make kebabs. But it’s less efficient for a store worker to find among their dozens of items per hour.

Is this stress temporary for stores and workers? If most people start to shop online instead of in person, can grocers focus on making grocery pickup and delivery better for everyone involved?

I don’t know. The Kroger supermarket chain has made headlines for investing in large automated warehouses with robots that the company says will eventually do much of the work of putting together grocery orders. Other companies are testing mini warehouses attached to stores that are designed solely to assemble online orders.

Most grocery stores can’t spend what Walmart or Amazon do to invest in new technologies. And some of the technology that promises to help grocers or store workers perfect the process of picking and packing online orders might be hogwash. There may not be an ideal future for shoppers, supermarkets and grocery workers.

You have to read this series of tweets from a woman who was trying to help her dad find a job at Costco. There are walleye fish and back channel messages with a Costco manager. I won’t spoil the ending.