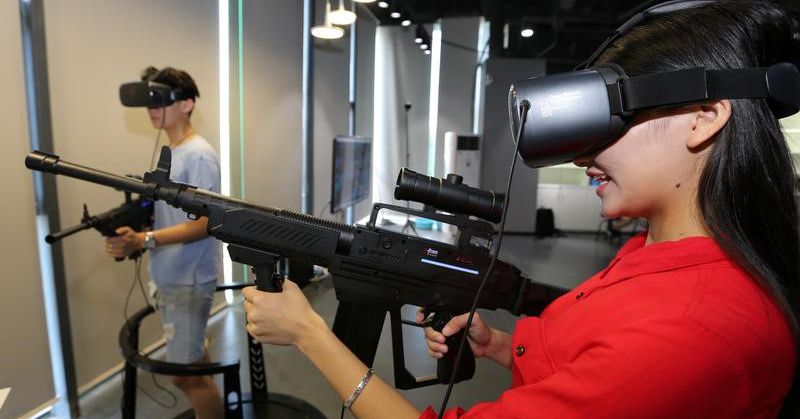 HONG KONG, July 12 (Reuters Breakingviews) – A blocked Chinese technology deal exposes the industry’s M&A weakness. Beijing’s trustbusters have just nixed a merger of two video-game streaming companies backed by Tencent (0700.HK). It’s a sign that regulators will no longer tolerate the kind of transactions that created giants such as food-delivery behemoth Meituan (3690.HK). For Tencent boss Pony Ma, a bigger problem may be revisiting past acquisitions.

China’s emboldened antitrust watchdog torpedoed its first major domestic tech deal over the weekend. The State Administration for Market Regulation criticised the $5.3 billion union of Huya (HUYA.N) and DouYu as uncompetitive and unhealthy for the e-sports industry. It makes a convincing case: the duo would have a combined 70% of the revenue in video-game broadcasting, and 80% in terms of users.

For deal architect Tencent, which owns sizeable stakes in both companies, the regulatory decision is an unprecedented and embarrassing setback. The immediate fallout looks manageable, but the merger was supposed to create an industry leader and put an end to the costly price wars for top-notch gamers and content. It’s a playbook used across the People’s Republic. Ride-hailing group Didi Global (DIDI.N), for one, is a product of mergers with Kuaidi Dache and Uber Technologies’ (UBER.N) Chinese business; $220 billion Meituan swallowed a big rival in 2015. Both are now being probed over anticompetitive practices.

At some $660 billion in market value, Tencent is the much bigger target. Its broader dominance in video games was called out in the e-sports decision, a worrying sign that more penalties may be coming. Over the first five months of this year, Tencent made 51 video-games related investments, already surpassing the 31 similar transactions for all of 2020, according to consultant Niko Partners.

Moreover, Tencent Music Entertainment (TME.N), a $22 billion subsidiary created by merging the company’s Spotify-like (SPOT.N) service with a top competitor, will be fined for not submitting the deal for antitrust review, Reuters reported on Monday, citing sources. Its stock price has tumbled by a third this year. Regulators have been considering forcing the company to divest some assets, according to Reuters. Given the heightened scrutiny on Tencent’s past and current dealmaking, Ma may be forced to rethink his acquisitive ways.

– Huya and DouYu, both listed in New York, agreed to merge in October 2020. As of March 2021, Tencent was Huya’s biggest shareholder with a 47.4% economic stake and also owned 37.2% of DouYu. The two companies had a combined market capitalisation of $5.3 billion as of July 9.

– SAMR said Huya and DouYu’s combined market share in the video-game live-streaming industry would be over 70% and their merger would strengthen Tencent’s dominance in this market, given that Tencent already has over 40% market share in online games.

– Tencent said in a statement it “will abide by the decision, comply with all regulatory requirements, operate in accordance with applicable laws and regulations, and fulfill our social responsibilities”.

– For previous columns by the author, Reuters customers can click on