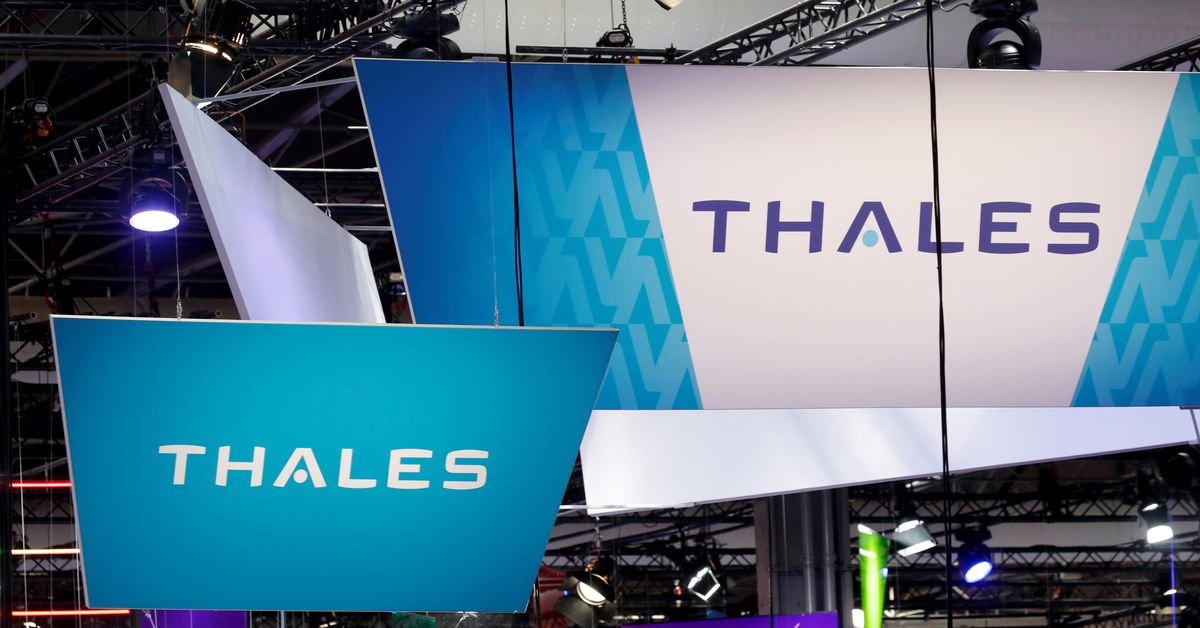 The sale – which confirmed a Reuters exclusive – comes as the French company looks to streamline its sprawling operations and reassure investors of its core focus on making high-tech equipment for the defence and aerospace industries. read more

Thales shares were up 2.5% in early trading, among the top performers on the French stock market (.FCHI), (.SBF120).

“With this major strategic move, we will be able to focus on the development of our 3 high-tech long-term growth businesses, each of them able to sustainably deliver double-digit margins,” Thales Chairman and CEO Patrick Caine said in a statement.

It reflects a multiple of 13.8 times of the unit’s 12-month earnings before interest and taxes (EBIT), Thales said in a statement, adding that it expected the deal to close by the end of 2022 or the start of 2023.

Thales also said it was now targeting an EBIT (earnings before interest and tax) margin of 9.8-10.3%, compared to a previous EBIT margin target of 9.5-10%.

The sale comes at a time of consolidation in the industry as independent players align themselves with bigger industrial groups.