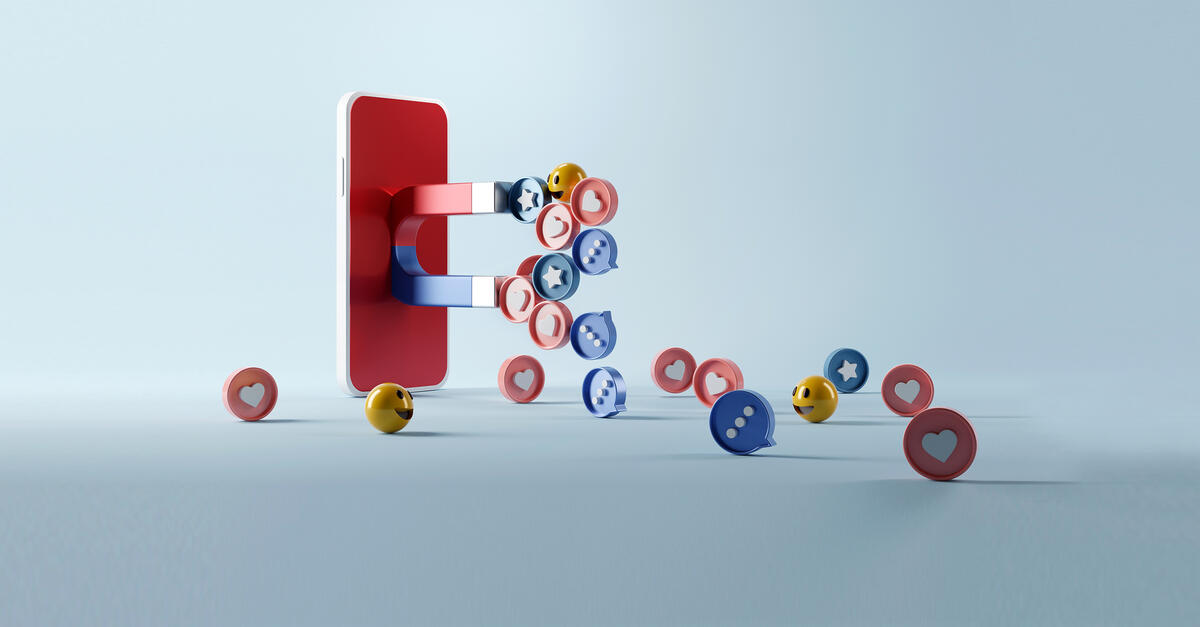 With congressional hearings and negative public opinion, pressure is mounting for social media companies to change some of their practices. Concerns range from how to regulate speech and stop the spread of misinformation, to whether and how to address antitrust issues, and how to balance data privacy and company transparency.

The business models of social media platforms like Facebook and Twitter are at the heart of the issue. In an “attention economy,” platforms are free but sell user attention to brands, governments, and non-governmental organizations, according to MIT Sloan professor director of the MIT Initiative on the Digital Economy and host of the recent Social Media Summit @ MIT.

Business models that rely on the attention economy are effective, but pose many concerns.

“Does the attention economy inevitably lead to the spread of least common denominators, like falsity, hate, polarization, or can it be addressed to align shareholder value with society’s values?” Aral asked during the summit. Business models built on engagement and popularity often lead to divisive, emotional content, because that is what algorithms tend to favor, Aral noted. A study he co-authored found that false news online is 70% more likely to be retweeted that the truth.

In a panel discussion, Aral and other experts agreed there is no single solution that would improve existing social media business models. But public pressure and the likelihood of regulation, and even criminal penalties, might push companies to start looking at alternatives.

How business models could change: subscriptions and other ideas

Changing to a subscription-based model is a potential solution that would allow businesses to own the relationship with consumers, Aral noted, and could reduce addiction to engagement and reverse toxic behavior such as hate speech and spreading misinformation and disinformation. But this would reduce access to important things — job listings and business tools, human connection, and access to important information — for those who can’t, or won’t, subscribe.

“There is a danger that if the best, fact-checked, edited, credible, high veracity news is behind a paywall, that probably creates potentially a more dangerous bifurcation,” said Scott Galloway, a professor of marketing at New York University.

Advertising models were built on attention even before the internet existed, said Guy Kawasaki, chief evangelist at the graphic design platform Canva. He noted that that it’s hard to talk about potential inequities when it’s unclear how much social media platforms would charge for a subscription — and either way, small businesses using Facebook for things like advertising would be harmed.

Galloway, who said he doesn’t think Facebook will move to a subscription model, said social media companies could learn from Neeva, an ad-free, subscription-based search engine. In this case, the company isn’t incentivized to make money off a user’s search, but instead to direct them to the best content. Moving to this kind of model, “I think you will see another healthier ecosystem emerge around search,” Galloway said.

Subscriptions are just one idea. Identity verification could filter out things like disinformation and hate speech. Galloway said that LinkedIn, which does not allow anonymous accounts, doesn’t have many of the problems of other social networks. On other platforms, anonymous accounts often undermine the credibility of legitimate users. Anonymity could be granted to credible people who need it for security reasons.

Models such as newsletter subscription platform Substack, in which users pay content creators, are promising but don’t address concerns like disinformation. “Just because you’re paying to follow a creator, it doesn’t mean that creator is not amplifying or disseminating problematic content,” noted Hilary Mason, a data scientist and CEO and founder of Fast Forward Labs. It’s also unlikely that people will share personal content like baby photos — the draw for many social media platforms — on Substack, she said. “It seems like one option where many options are needed.”

Some suggest giving users control over their own data, and paying them to share it. “What if users owned their data, and then they were paid to give it up and be targeted with that?” Aral asked. While this puts some control back in the hands of users, people give away their data for free all the time, Mason noted, and it is unlikely paying users a small fee would cause significant changes.

Mason said she’s interested in solutions similar to MetaFilter, a community blog that charges users a $5 membership fee in order to post comments — enough to disincentivize bad behavior, but not enough so that it’s inaccessible. She noted that the company also isn’t focused on large-scale growth, unlike many social media platforms. “It just doesn’t work when your goal as a founder is to build a monopoly and extract as much value out of that as possible,” she said.

Reconsidering monolithic platforms and breaking them down into components people value is also helpful, she said. “What it really comes down to, essentially, is that you want people to pay you for something they value.”

Why business models should change: pressure from government and consumers

Voluntary business model changes are one place to start, but social media companies might eventually be required to make significant changes. Galloway said this could be spurred on by  antitrust actions, regulation of social media platforms like public utilities, and taxes on companies that use algorithms to amplify content. There should also be stiffer penalties for companies that take harmful actions, he said.

“Effectively, we have decided to issue parking tickets that costs 25 cents on a meter that costs $100 every 15 minutes,” he said. “We have effectively said to these folks: ‘The smart shareholder-driven thing to do is to break the law.’” He advocated criminal charges for social media executives who knowingly lie to Congress or engage in business models that lead to criminal activity and things like disinformation and mental health problems.

Galloway noted companies also have financial incentives to rid their platforms of people who spread inaccurate content and hate speech, noting that Pinterest, which sees fewer problems with content, has seen its stock outperform Google and Facebook in the last year. And Twitter’s stock went up after President Donald Trump was removed from the platform in January, less than two weeks before he left office. “So there now appears to be an economic reason to not be awful for America,” Galloway said.

The panelists agreed that there is a growing movement against social media companies in the U.S., from politicians with both parties to users. “There is a change of tide happening, and there’s a major tech backlash, if you like,” said Rana el Kaliouby, a former MIT postdoc and the chief executive officer and founder of Affectiva, which uses emotion-detecting AI for uses such as monitoring drivers for fatigue and lack of attention. (Affectiva was recently acquired by the eye tracking company Smart Eye). “The role that consumers play can be very strong,” she said. “If consumers can say, ‘I’m going to vote with my feet. I’m going to use this platform, but not this one because this platform adheres to the highest ethical standards, etc.’ … I think that becomes very powerful.”