The Less-Glamorous Side of the Watch Business: Repair Centers – The New York Times 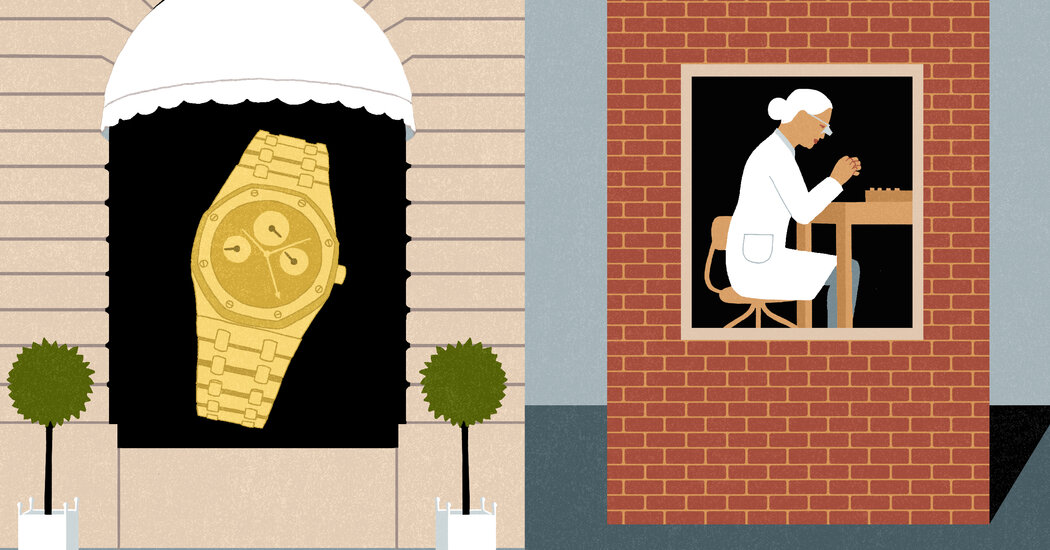 Richemont, the Swiss luxury group that owns labels including IWC Schaffhausen and Jaeger-LeCoultre, has a similar after-sales structure. Its technicians are housed in the same building, but dedicated to specific brands. (At the Swatch Group’s centers, some watchmakers focus on individual labels while others work on multiple brands.) And some of its facilities, like the one in Fort Worth, are near the group’s watchmaking schools in Dallas, Hong Kong and Beijing.

Luxury watch brands generally pride themselves on handling after-sales in-house, which can include anything from routine maintenance to extensive repairs. And while there is nothing barring an owner from using an independent local business — an attractive option when repairs become lengthy ordeals, especially given pandemic-related mail delays — the work could invalidate a watch’s warranty.

“We want to take care of the service locally to avoid sending watches to Switzerland,” said François-Xavier Hotier, president of the Americas for Ulysse Nardin. He said the turnaround time at the brand’s U.S. after-sales center — located, along with its U.S. headquarters, in Boca Raton, a city about 45 miles north of Miami — was typically four to six weeks.

And, although watch companies often tout their Swiss heritage, regional servicing is a practical aspect of doing business. “There’s the client who says, ‘It comes from Switzerland so it needs to be done in Switzerland to have the job made seriously,’ but it doesn’t work like that,” said Marc André Deschoux, founder of Watchestv, a Geneva-based website that creates videos about timepieces.

And placing regional craftspeople outside of posh boutiques, he added, makes economic sense: “It’s just a question of cost. It’s as simple as that.”

Watchmaking benches would take expensive space in luxury stores — as an example, the commercial real estate agency Cushman & Wakefield said some ground floor retail spaces along Fifth Avenue were now more than $3,000 a square foot a month — and most luxury brands have a number of watchmakers on their regional staffs. Breitling has 30 in its Connecticut headquarters, for example, with 15 more in Illinois.