The painful tech selloff is an opportunity to own these growth winners, analyst says – MarketWatch 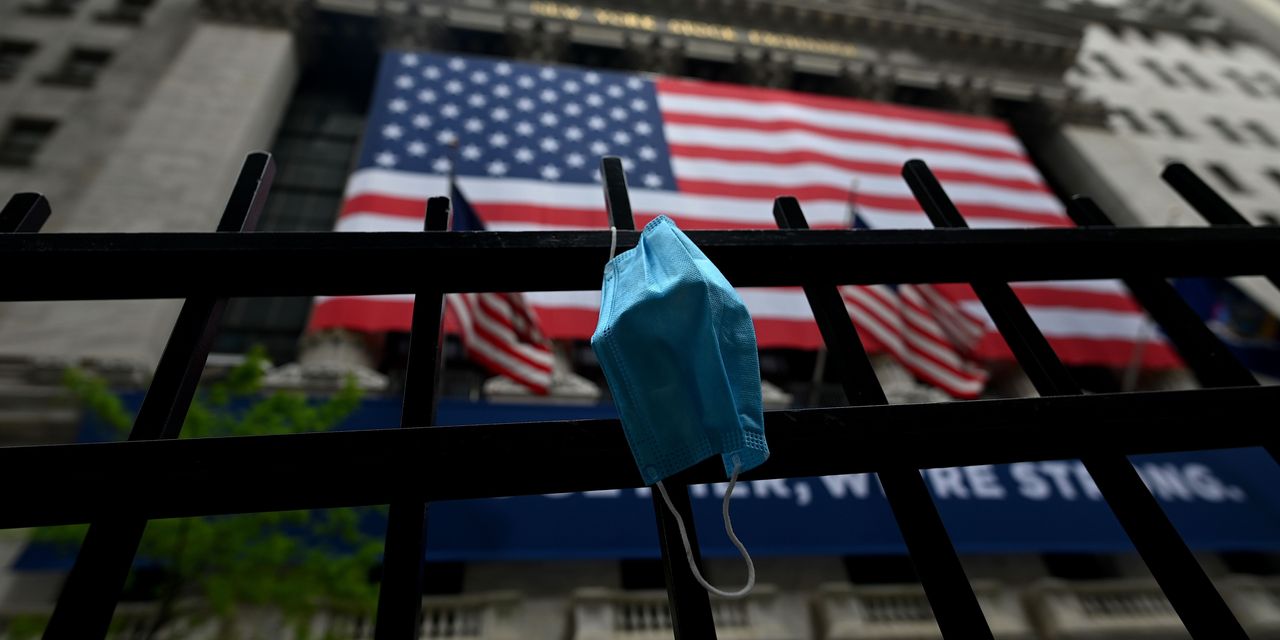 U.S. stocks edged lower in early trading on Monday after rounding off the worst week in three months with strong gains on Friday.

Retail sales and industrial production rose slower than expected in China in April, while stocks in Japan and Taiwan fell amid rising COVID-19 cases.

Technology stocks were once again leading the way lower. The tech-heavy Nasdaq Composite COMP, fell 2.3% last week as inflation fears mounted — although the index did surge 2.3% on Friday. The Nasdaq fell 0.8% in early trading on Monday.

In our call of the day, Wedbush analyst Daniel Ives said that despite rotation and inflation fears compressing high multiple tech stocks, his long-term bullish thesis for the sector remained unchanged.

In fact, the veteran tech analyst doubled down on his view and said the selloff had presented an opportunity. “We believe this painful selloff in tech has created the opportunity for investors to own the secular tech winners for the next 3-5 years,” he said in a note.

Ives accepted that the reopenings would bring about growth moderation for some of the poster children of the work-from-home era, including Zoom ZM, , Citrix CTXS, and Slack WORK, , but he sees a $2 trillion digital transformation on the horizon in the cloud space, cybersecurity and 5G market boosting growth in the years ahead.

The tech bull cycle will keep moving upward in the second half of this year and “well into 2022,” he said, citing those outsize growth prospects ahead.

“Cloud and hybrid cloud environments represent one of the most transformational growth opportunities we have seen in our 20+ years of covering tech stocks,” he said.

Wedbush said the recent ransomware attack on the Colonial Pipeline showed the importance of cybersecurity. Ives said he was “befuddled” by the lack of cybersecurity infrastructure around utilities and federal assets and that efforts to improve that could benefit a number of names such as Telos TLS, and Palantir PLTR, . Well-positioned cybersecurity names also included Palo Alto PANW, , Fortinet FTNT, , SailPoint SAIL, , CrowdStrike CRWD, , Tenable TENB, , CyberArk CYBR, , Varonis VRNS, and Zscaler ZS, , he said.

Hours after sparking a bitcoin selloff, Tesla TSLA, Chief Executive Elon Musk clarified that the company hasn’t sold any bitcoin. It comes after Twitter TWTR, user @cryptowhale said investors would “slap themselves when they find out Tesla dumped the rest of their bitcoin holdings. With the amount of hate @elonmusk is getting, I wouldn’t blame him…” Musk responded: “indeed.”

U.S. stocks DJIA, SPX, fell at the open, after closing higher on Friday at the end of a tumultuous week.

Stocks in Japan NIK, and Taiwan Y9999, fell on Monday, after both countries tightened restrictions in response to a new wave of COVID-19 cases. Those fears were seemingly felt by European investors, as the Stoxx 600 SXXP, ticked lower in early trading.

Hexo Corp. HEXO, said Monday it has agreed to buy 48North Cannabis Corp. NCNNF, in an all-stock deal valued at about C$50 million ($41.3 million) in the cannabis sector’s latest merger.

Colonial Pipeline — the operator of the largest U.S. gasoline pipeline, which was hit by a ransomware attack earlier this month — said on Saturday it has resumed normal operations.

The head of the U.S. Centers for Disease Control and Prevention, Dr. Rochelle Walensky, insisted the decision to ease mask-wearing guidance for fully vaccinated Americans had nothing to do with political pressure, in an interview on “Fox News Sunday.”

Pubs, restaurants and cinemas were among the venues opening up indoors on Monday, as the U.K. took another major step out of lockdown, despite concerns over an Indian variant of the coronavirus that causes COVID-19.

Need to Know starts early and is updated until the opening bell, but sign up here to get it delivered once to your email box. The emailed version will be sent out at about 7:30 a.m. Eastern.

Want more for the day ahead? Sign up for The Barron’s Daily, a morning briefing for investors, including exclusive commentary from Barron’s and MarketWatch writers.