The Week in Business: A Big Step for Infrastructure Spending – The New York Times 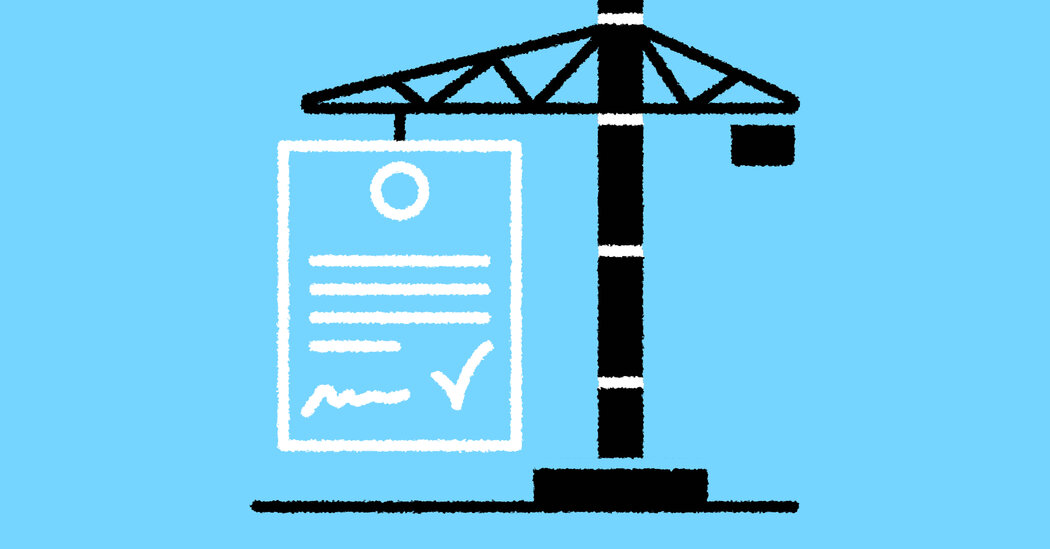 Infrastructure Bill Moves to the House

The Senate approved a $1 trillion bipartisan infrastructure bill to rebuild roads and bridges and to fund broadband and climate resilience initiatives. The legislation includes several measures to help pay for it, including repurposing pandemic relief funds and tougher scrutiny of cryptocurrency transactions (though the Congressional Budget Office said the plan would still add $256 billion to the deficit over the next decade). Shortly after the passage of the infrastructure bill, the Senate voted along party lines to pass a $3.5 trillion budget blueprint to expand the social safety net, which would be funded primarily by higher taxes for the wealthy and corporations. Both measures face an arduous path in the House.

The highly contagious Delta variant of the coronavirus is causing a new surge in cases as well as a spike in vaccine misinformation. Compared with June, mentions of some phrases prone to misinformation in July jumped as much as five times, according to Zignal Labs, which tracks mentions on social media, on cable television and in print and online outlets. Experts say the boom signals that efforts by social media companies to remove falsehoods about the virus from their platforms haven’t worked.

California regulators supported a proposal that would require builders to include solar power and battery storage in many new commercial structures and high-rise residential buildings. Doing so could reduce emissions over the next 30 years — as much as if more than two million cars were taken off the road, they said. The proposal also calls for new homes to be wired in ways that help and even encourage conversion of natural-gas heating and appliances to electric sources. The state’s Building Standards Commission is expected to include the proposal in a December revision of the building code. It would take effect on Jan. 1, 2023.

Get That Vaccine Card Ready

New York City’s new vaccine requirements go into effect on Monday. They require customers and staff to show proof of at least one vaccine dose for indoor dining, performances and gyms. An even further-reaching rule will take effect in San Francisco on Friday. It will bar unvaccinated people from indoor dining, bars, nightclubs, gyms, large concerts, theaters and other events held inside. The new rules apply even to people who can show they have tested negative for the coronavirus. President Biden has required that federal workers either be vaccinated or undergo frequent testing, and encouraged businesses to require employees to get the shot. Last week, United Airlines, Amtrak, Capital One and McDonald’s joined the growing list of companies to mandate vaccines for all or some workers.

Robinhood, the company behind the popular stock-trading app, will report quarterly earnings for the first time since becoming a public company. The stock had a disappointing market debut late last month, but its price briefly spiked early this month after it became the subject of the “meme stock” phenomena it helped to create. Robinhood has pitched itself as an app for “democratizing finance,” and its call with investors after the release of its earnings report will cater to the retail traders who rallied to bid up its price. Individual shareholders will be able to submit questions through Say Technologies, a investor-communications platform that Robinhood recently acquired for around $140 million.

On Tuesday, the Department of Commerce reports retail sales for July. Sales unexpectedly rose in June, even though consumers spent more money on services as coronavirus restrictions eased. But July sales may have been hampered by the latest surge in coronavirus cases, higher prices and the end of some government benefits.

The 2022 fiscal year for the federal government begins on October 1, and President Biden has revealed what he’d like to spend, starting then. But any spending requires approval from both chambers of Congress. Here’s what the plan includes:

Prices continued to rise in July, but the rate they’re increasing has slowed. Transitory inflation or not, your daily cup of coffee is about to get more expensive. And Reddit, the popular internet message board, is now worth more than $10 billion.