The Week in Business: Amazon Defeats the Union – The New York Times 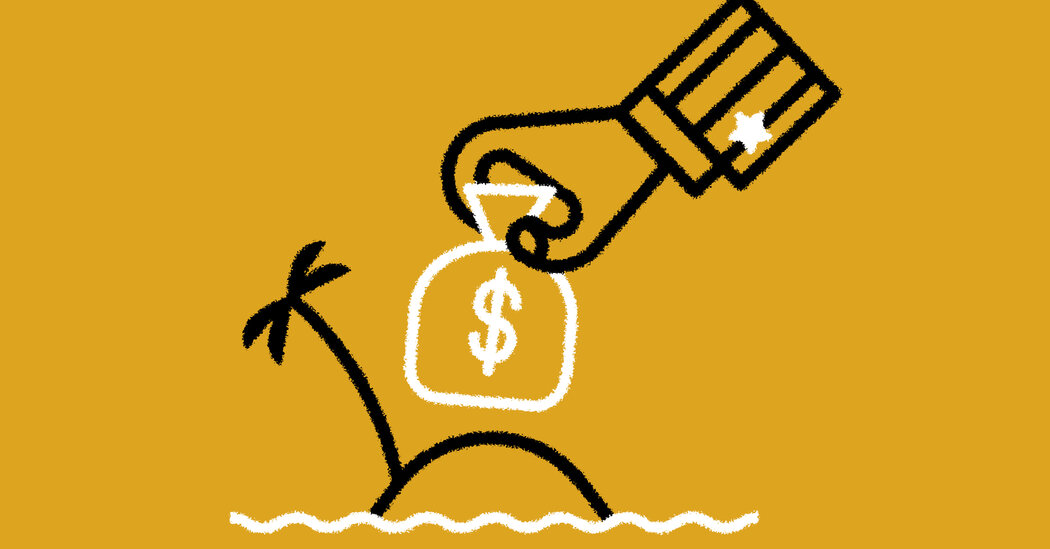 Good morning. Here are the top stories in business and tech to know for the week ahead. — Charlotte Cowles

Large companies are often good at dodging taxes to maximize profits for their shareholders. But President Biden wants to make that harder with a new tax code that would raise tax rates and close loopholes for American corporations with annual incomes exceeding $2 billion. The plan is intended to bring in enough tax revenue to fund Mr. Biden’s $2 trillion infrastructure proposal. If it gets through Congress (and that’s a big if), what’s to stop companies from moving profits overseas to tax shelters like the Cayman Islands? The Biden administration has a plan for that, too: a global minimum tax rate that would apply to multinational corporations regardless of where they’re located.

Amazon won its fight against the biggest push for unionization in the company’s history. The tally of votes showed that workers at its giant warehouse in Alabama had decided against forming a union. The results will need to be certified by federal officials. But it’s a big blow to union organizers and Democrats who believed that the timing was right for organized labor to gain momentum around the country. It’s also a major victory for Amazon, which has been accused of union-busting in several states.

It’s two steps forward, one step back for the labor market. New jobless claims were up for the second consecutive week, a sign that employment gains, while still promising, will be uneven for a time. Even though employers added an impressive 916,000 jobs in March, the economy is still 8.4 million jobs short of where it was before the pandemic. And many sectors that were almost totally wiped out — like travel, restaurants and bars — are only now starting to come back.

Coinbase will become the first publicly traded cryptocurrency exchange in the United States when it posts its shares to the Nasdaq this Wednesday. It has become the biggest American cryptocurrency company by making it easy for people to buy and sell Bitcoin and other digital tokens. (The firm charges a fee each time a customer places a trade order.) Last week, Coinbase said it expected a first-quarter revenue of about $1.8 billion. That’s a whopping increase of about 847 percent from the previous year, mostly thanks to Bitcoin’s recent rally.

Cruising for a Fight

Gov. Ron DeSantis of Florida is suing the federal government to allow cruise ships to resume sailing from the state’s ports. The boats must meet requirements put in place last year by the Centers for Disease Control and Prevention before they can take passengers, but the industry says that the directions lack clarity. Separately, several cruise lines have announced plans to resume operations from other ports in the Caribbean and Bermuda, often with requirements that all passengers be vaccinated. But Mr. DeSantis has prohibited Florida businesses from asking patrons to show proof of vaccination.

Aid for the Undocumented

As the coronavirus pandemic caused shutdowns, undocumented immigrants were hit especially hard. Their communities suffered disproportionately from high death rates, and they were largely ineligible for unemployment insurance and other pandemic aid. Until now, that is. In New York, the government is offering one-time payments of up to $15,600 to undocumented immigrants who lost work during the pandemic and could not get access to other jobless benefits. The money will come out of a $2.1 billion fund in the state budget, which critics say should have gone to legal New Yorkers who are struggling.

In another victory for Netflix, Sony Pictures Entertainment has struck a five-year deal to give the streaming giant exclusive rights to its films once they leave theaters. In France, Ikea is facing a new lawsuit over a decade-old case in which its executives spied on employees and customers. And more bad news for Boeing: The company has told airlines to ground some of its troubled 737 Max jets — the same model that was grounded for over a year after two deadly crashes — because of an electrical issue.