The Week in Business: Here Come the Mandates – The New York Times 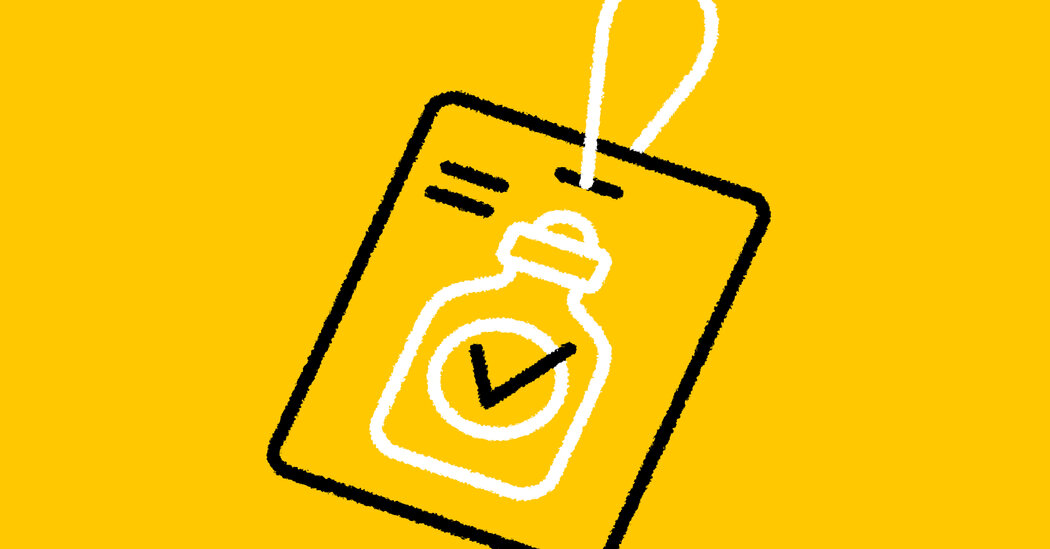 No Vaccine, No Service

As coronavirus cases surged again among the unvaccinated, governments and companies started mandating vaccines, a step they had been reluctant to take until recently. New York City said indoor dining, performances and gyms would require proof of at least one dose starting Aug. 16. Microsoft will require proof of vaccination to enter its U.S. offices, and Tyson will require all its U.S. workers to be vaccinated, as will United Airlines. Other companies mandated vaccines for some, but not all, of their workers. Walmart will require vaccines for employees at its headquarters but not the far greater number of employees who work in its stores. Mandates may soon be made easier: The Food and Drug Administration said on Tuesday that it planned to give final approval to the Pfizer vaccine by the start of next month.

After a disappointing market debut late last month, Robinhood’s share price skyrocketed on Wednesday. The stock closed 85 percent above its I.P.O. price, driven partly by the same phenomenon that has created price spikes for the shares of AMC Entertainment, GameStop and other companies in the last year: retail investors, many of them trading on Robinhood, banding together to bid up the price. But the surge last week was interrupted by a disclosure from the company’s early investors that they had plans to sell up to 98 million shares, which tamped enthusiasm.

If the closing ceremony in Tokyo on Sunday follows the trend of viewership for the rest of the Olympics, there will be a relatively small television audience to witness the extinguishing of the Olympic flame (and barely any live audience, since spectators are banned). Empty stands during a global pandemic may not have put viewers in the Olympic spirit, but other factors were working against the coverage that NBCUniversal paid more than $1 billion to broadcast. Several stars, including the gymnast Simone Biles, the runner Sha’Carri Richardson, the tennis champion Naomi Osaka and the basketball star LeBron James were absent or withdrew from the event. The time zone difference meant Americans often awoke to news of who had won competitions they had yet to watch. And consumer habits are shifting away from appointment viewing. Still, NBC expects the event to be profitable.

The Intergovernmental Panel on Climate Change, an entity within the United Nations, will release the first installment of a report on Monday that represents the global consensus on human-caused climate change. The last assessment came out in 2013. Compiled by more than 200 scientists from 195 countries, the report is expected to show that temperatures are rising more quickly than previously forecast. Those who support actions to reduce carbon emissions hope that will lead world leaders to take action when they gather in Glasgow for the U.N.’s Climate Change Conference in November.

The government on Wednesday will report how much prices rose in July. The Consumer Price Index, a closely watched measure of inflation, spiked in June, climbing at the fastest pace in 13 years as prices for things as diverse as restaurant meals and used cars surged. And economists expect that prices increased again in July. Most everyone agrees that factors connected to the pandemic are driving inflation. The debate is whether those rising prices are temporary or the start of a bigger problem. So far, the Federal Reserve has not responded to the price increases by raising interest rates or dialing back government-backed bond purchases, but it has signaled that it will in the near future.

President Biden on Thursday announced that he would restore and slightly strengthen auto mileage standards to levels that existed during the Obama administration, which would cut about one-third of the carbon dioxide produced annually by the United States, according to the White House. He also plans to draft pollution rules that would encourage automakers to ramp up the sales of electric vehicles. Three of the country’s largest automakers pledged that 40 to 50 percent of their new car sales would be electric vehicles by 2030 (up from 2 percent this year), but only on the condition that Congress pass a spending bill that includes billions of dollars for a national network of charging stations. Still, securing such spending could be a challenge in the closely divided Congress.