The Week in Business: Inflation, Billionaires in Space and Other Things Going Up – The New York Times 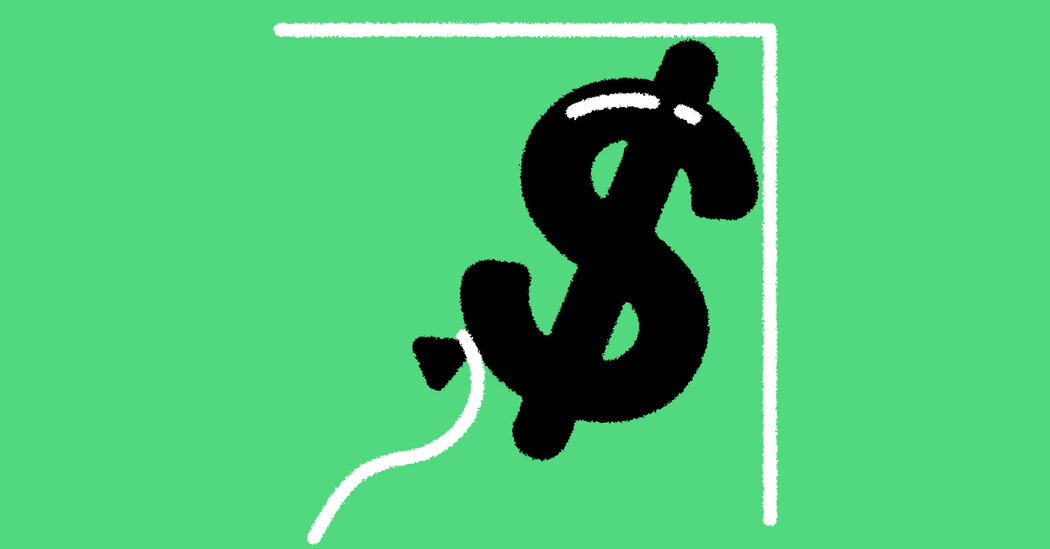 The government reported that a key measure of inflation in June climbed at its fastest pace in 13 years, casting some doubt on the White House’s claim that postpandemic price increases are “transitory.” The inflation spike is clearly linked to the economy’s rapid reopening, which has created supply and demand mismatches. But there’s debate over how long it will remain elevated: Will it be temporary, as most policymakers believe, or stick around? On Wednesday, Jerome H. Powell, the Federal Reserve chair, acknowledged that inflation had increased “notably” and said it was likely to remain high for six months or so. Still, the Fed is not expected to raise interest rates anytime soon.

Facebook, Netflix and Apple are entering new territories. Facebook joined the slate of platforms, including Snapchat and YouTube, that are trying to woo online creators with cash. It plans to pay out $1 billion by the end of 2022. Netflix is planning a move beyond TV and film and into video games, Bloomberg reported. And Apple is reportedly working on a feature that will allow consumers to pay for their Apple Pay purchases in installments. Twitter, on the other hand, is going in the opposite direction: It will end Fleets, the ephemeral tweet feature it introduced last year.

China reported on Thursday that its economy grew 7.9 percent in the second quarter. That was robust growth, but down from about 18.3 percent during the first three months of the year. Part of the reason for the decline in growth is a statistical quirk. (The blockbuster rate earlier in the year partly reflected how steeply economic output fell in early 2020.) But the rest of the world is watching closely for signs that the Chinese economy is significantly slowing down. In addition to being the second-largest economy in the world, China moved out of lockdowns faster than other large countries, so the pace of its economic recovery may provide hints about how quickly other countries’ economies will bounce back.

Another Billionaire Goes to Space

On Tuesday, Jeff Bezos, who just stepped down as chief executive of Amazon, is expected to become the second billionaire rocket company founder to go to space this month. (Richard Branson, the British billionaire who leads a variety of Virgin companies, beat him by nine days.) Mr. Bezos will travel in a reusable suborbital capsule built by his company, Blue Origin. An anonymous bidder paid $28 million to accompany him but canceled “due to scheduling conflicts,” according to Blue Origin, so an 18-year-old whose family also bid in the auction will take the seat. Mr. Branson’s space trip was the first of the sort that his company Virgin Galactic plans to offer customers, and Mr. Bezos’ flight will be Blue Origin’s first human spaceflight. While there are skeptics about the need for commercial spaceflights, the billionaires’ flights are at the least a small step toward a new business for tourism (and liability insurance).

Earnings reports from United, Southwest and American Airlines will serve as a progress report for postpandemic travel in the United States. Delta Air Lines, which last week reported its first profit since the start of the pandemic, said domestic leisure travel had fully recovered to 2019 levels. But there’s still a huge question over whether businesses will continue to curb travel, perhaps permanently. Delta said the number of its business travelers was still down in June by 60 percent from 2019 levels, but that’s an improvement from 80 percent in March.

Stands but No Fans

The Olympics start on Friday, but because of a sudden spike in Covid-19 cases in Tokyo, no spectators will be allowed at most events. Hosting the Olympics rarely pays off for cities in the best of times. Every Olympics since 1960 has run over budget, according to an analysis by researchers at the University of Oxford. But empty stands and a yearlong delay due to the pandemic will make the Olympics especially expensive for Tokyo. The city initially said it would spend $7.3 billion, and a 2019 government audit put the actual spending at around $28 billion. Postponing the games probably added billions more, and while brand sponsorships and licensing fees will still generate revenue, Tokyo won’t make money on ticket sales or see the same tourism boost as past Olympic host cities.

The Group of 20 nations agreed to a global minimum corporate tax, but nailing down the specifics could be more complicated. Senate Democrats proposed a $3.5 trillion infrastructure bill (though it’s unclear if they have the votes for it to pass). Co-working spaces are a thing again. And England is lifting pandemic restrictions on Monday.