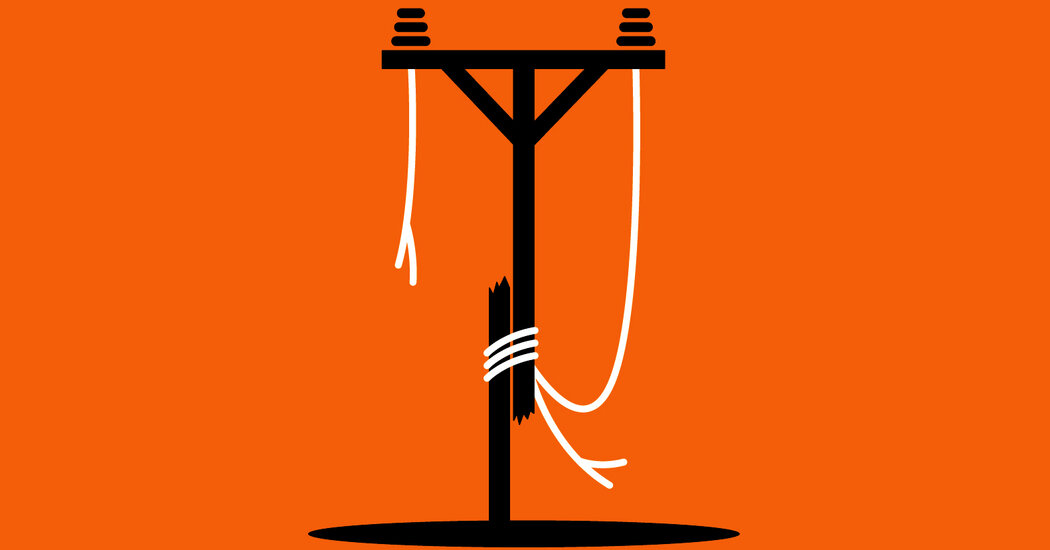 Questions for an Energy Company

Hurricane Ida made landfall on Sunday, leaving more than a million residential and commercial customers in Louisiana without power. And the outages raise questions about how well energy companies have prepared for extreme weather, which scientists believe is becoming more common because of climate change. Some energy experts said that Entergy, the state’s largest utility company, could have done more to protect its equipment. Last year, the company began operating a natural gas plant that was meant to provide electricity to New Orleans during times of high demand or in emergencies. But it could not move the energy to customers because of damage to its network of towers, poles and wires. It has asked state regulators to raise customers’ rates to cover repair costs for Ida, three hurricanes in 2020 and a winter storm this year.

General Motors announced that it would idle more factories this month because of the continuing global shortage of computer chips, which has caused carmakers to limit production and tightened supplies of vehicles. It’s one of many pandemic-related supply shortages that are lingering longer than expected. Hurricane Ida could make them worse. Walmart addressed another type of shortage, announcing on Thursday that it would raise wages for 565,000 workers starting in late September to attract and retain workers in a challenging labor environment.

Apple on Wednesday announced that it would allow apps like Netflix and Spotify (but not all apps) to direct their users to payment methods outside the App Store. It’s the second concession on its App Store policies that Apple has made in recent weeks. But analysts who track Apple say the changes won’t significantly affect Apple’s $20 billion App Store business since much of the revenue comes from video games. Rather, they amount to a strategic retreat of sorts as Apple continues to fight changes that would be more meaningful to its bottom line.

When federally funded emergency unemployment programs end on Monday, an estimated 7.5 million people will lose their jobless benefits and millions more will see their checks cut by $300 a week. There is little evidence that the loss in benefits will improve labor shortages: In the states that ended the emergency unemployment programs early, job growth has been similar to growth in states that did not. And with Covid-19 cases resurging, it may take months for those losing aid to find a job. On Friday, the government reported employers had significantly slowed their hiring in August, an indication that the Delta variant of the coronavirus had put a damper on the economy. A cutoff of benefits at the same time could have long-term consequences for both families and the economy.

Thursday is the deadline for the Food and Drug Administration to decide whether Juul Labs can continue selling its vaping device and flavored nicotine pods. At issue is whether the public health benefit of non-cigarette tobacco products as a safer alternative to smoking outweigh their risk to young people, who some health organizations say are becoming addicted to nicotine through vaping. If the F.D.A. does not grant approval, Juul, whose sales plunged by $500 million last year, will be forced to stop selling the products or face enforcement actions. With approval, the company would still face lawsuits brought by more than a dozen states as well as thousands of cases that have been combined in a federal court in California.

A Big Day for Bitcoin

Businesses in El Salvador will be required to accept payment in Bitcoin starting on Tuesday. The country of 6.5 million people is the first to make a cryptocurrency legal tender, alongside the U.S. dollar. President Nayib Bukele says that in addition to attracting foreign investment, adopting Bitcoin will make remittances less expensive — a claim that a paper from economists at Johns Hopkins University has challenged. But many doubt the plan will be successful. In July, a survey of Salvadorans found that more than three-quarters were skeptical of the idea, and almost half said they knew “nothing” about Bitcoin. The International Monetary Fund and the World Bank have also expressed skepticism.

The Chinese government has barred children and teenagers from online gaming on school days. Social Security is projected to be insolvent in 2033, a year before previously forecast. Starbucks faces a rare union challenge. And opening statements begin on Wednesday in the trial of the Theranos founder Elizabeth Holmes.