The Week in Business: The Big Compromise – The New York Times 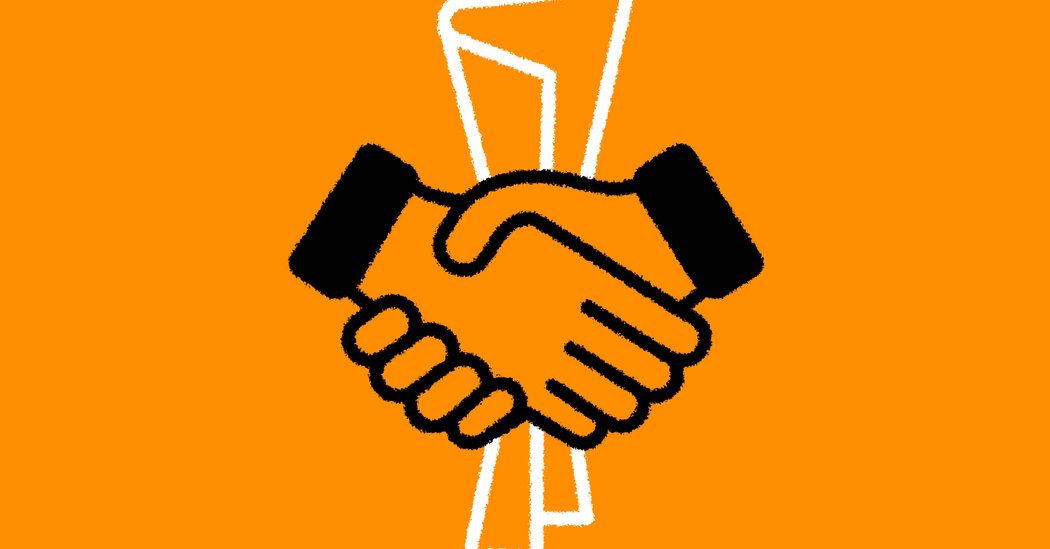 Good morning, and happy first Sunday of summer. Here’s what you need to know in business and tech news for the week ahead.

A bipartisan infrastructure bill is moving forward. The new legislation is a very stripped-down version of the $2 trillion proposal Mr. Biden put forth in March, but he celebrated it as a starting point. It still features some of his cornerstone programs, like funding for broadband expansion, rail projects, public transit, electric vehicles, road and bridge repairs, and water, sewer, power and environmental remediation projects. The total price tag: $579 billion over eight years. To help pay for itself, the bill would bump up enforcement measures by the Internal Revenue Service to reduce tax evasion by corporations and the wealthy.

The U.S. Supreme Court ruled unanimously on Monday that the N.C.A.A., which sets the rules for college sports, cannot stop schools from compensating student-athletes, as long as the payment is modest and tied to education. So you won’t see any college quarterbacks earning an N.F.L.-level salary anytime soon, but they could get monetary perks like scholarships for graduate school, internships or computer equipment. The ruling opens the door for a new era in college sports, which have traditionally generated huge revenues for schools without paying student-athletes for their labor.

The cryptocurrency has had a roller-coaster year, more than tripling in price since last fall but recently plunging by nearly 30 percent of its value. Last week, it tumbled below $30,000 for the first time since January, erasing months of explosive growth. The decline follows a harsh crackdown on Bitcoin by the Chinese government, which views cryptocurrency as a threat to its control over commerce in its country. But Bitcoin’s volatility hasn’t discouraged its gradual adoption by mainstream investors and financial institutions, which has driven much of its recent popularity.

Under growing pressure to pursue more sustainable, climate-friendly business practices — which is, admittedly, pretty hard for an oil giant to do — Exxon Mobil announced that it would cull its U.S. office staff by up to 10 percent annually for the next three to five years. This follows its plan to slash 14,000 jobs worldwide by 2022. The company is still reeling from last month’s annual meeting, where shareholders rejected the existing leadership and replaced a quarter of the board with new members focused on climate and financial concerns.

Six antitrust bills that could check the power of the tech industry are making their way — albeit slowly — through Congress. The legislation would make it harder for tech giants like Apple, Amazon, Facebook and Google to acquire potential rivals, and prevent them from selling or promoting their own products to the disadvantage of their competitors. While largely driven by Democrats, the bills have received some support from Republicans who want to limit the control that social media companies have over speech that is published on their platforms. The proposals passed an important hurdle in the House Judiciary Committee last week, but still face opposition from both parties.

By a slim margin, a majority of Americans believe it’s time for enhanced unemployment benefits to end, according to a new survey. The federal government has provided an additional $300 a week to jobless workers since January, on top of the regular unemployment payments they receive from their state governments. Those benefits are supposed to last until September, but 26 states — all but one led by Republicans — have cut them off early or plan to do so in coming weeks. Critics of the enhanced benefits say they have discouraged workers from taking available jobs, and supporters say the payments are necessary to support the recovering economy while pandemic risks linger.

John McAfee, the founder of a software company that still bears his name, has died in a Spanish prison where he was awaiting extradition to the United States on charges of tax evasion. Shareholders of the industrial giant Toshiba ousted its chairman after an investigation showed that the company worked with Japan’s government to pressure investors who wanted to shake up its management. And Warren Buffett has resigned as a trustee of the Bill and Melinda Gates Foundation just weeks after the couple announced their divorce, raising new questions about the future of the foundation.