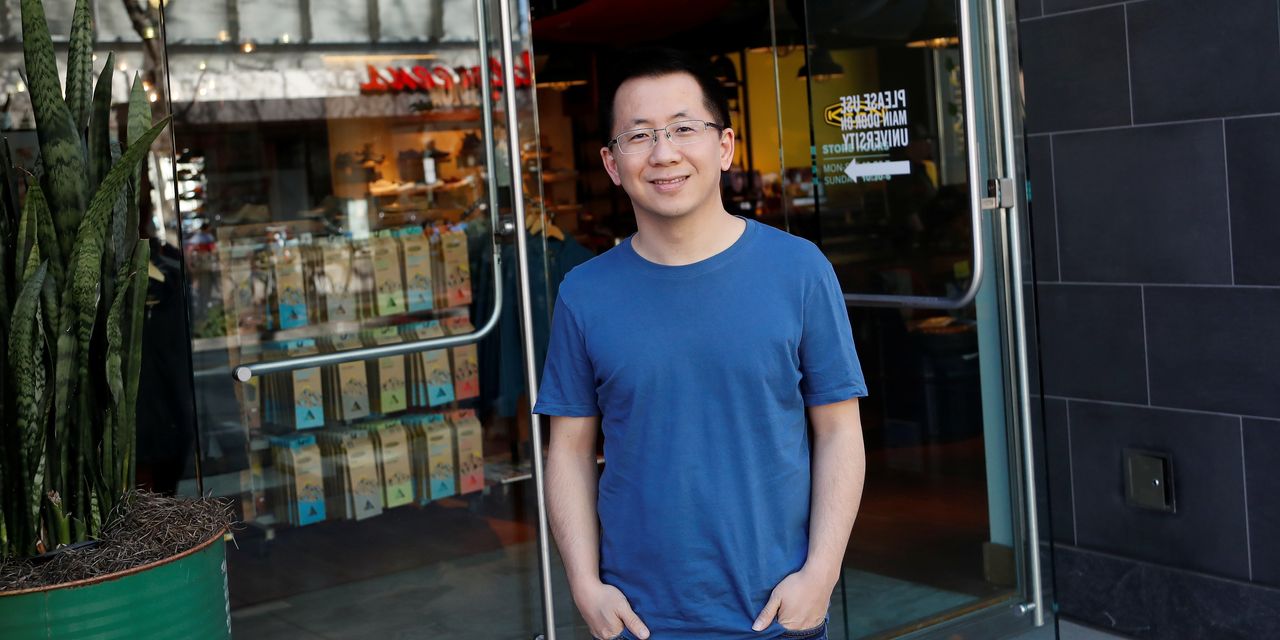 The move by the founder of TikTok’s parent company to step down as chief executive makes him the latest in a series of Chinese internet entrepreneurs to leave the spotlight as authorities tighten the reins on the nation’s tech giants.

ByteDance Ltd., one of the world’s most valuable closely held tech companies, said Thursday that CEO Zhang Yiming, an engineer by training, would step aside to focus on long-term strategy. Co-founder Liang Rubo was appointed as his successor.

The departure of Mr. Zhang, 38, the largest single shareholder in a company valued in December at $180 billion, follows the  resignations of top executives at financial-tech giant Ant Group Co. and e-commerce company Pinduoduo Inc.

In March, Ant CEO Simon Hu said he would step down, amid heightened scrutiny by regulators, and barely a week later, Colin Huang, the 41-year-old founder of Pinduoduo, one of China’s largest online shopping platforms, announced he would vacate his position as chairman to pursue personal interests.

Once seen as powerful and untouchable for their contribution to innovation and economic growth, China’s largest internet companies have increasingly come under intense scrutiny by authorities, with regulators coming down since late last year hard on areas such as anti-monopolistic practices and data privacy.