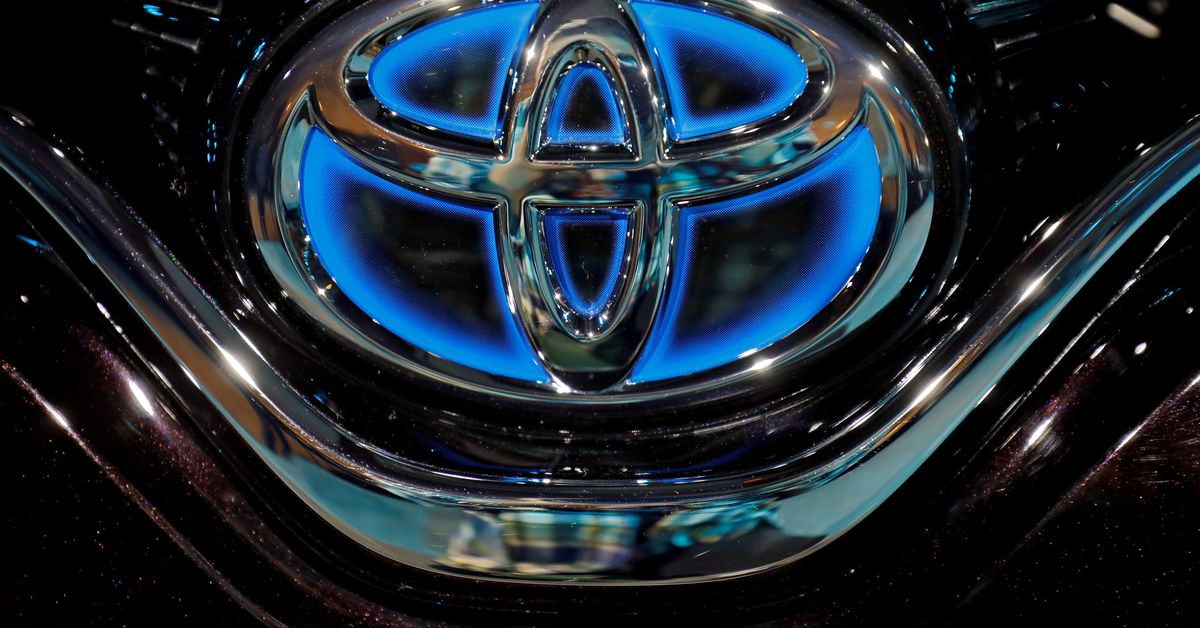 The Toyota logo is seen on the bonnet of a newly launched Camry Hybrid electric vehicle at a hotel in New Delhi, India, January 18, 2019. REUTERS/Anushree Fadnavis

“I am hoping to shave off years and months to our minimum viable product launches,” James Kuffner, the head of Toyota’s Woven Planet subsidiary said during a press briefing.

A longer term goal is to design software and operating systems that other automakers would also use, the former Google robot engineer added.

Toyota is in a technological race with other established car companies and newer rivals, such as Tesla Inc (TSLA.O) and Amazon (AMZN.O), to build cars that can operate without drivers and share data within connected networks. While some driverless vehicles are already available, their autonomous functions are mostly limited to parking and driving on expressways.

Toyota deployed a fleet of driverless vehicles at the Tokyo 2020 Olympic and Paralympic Games to showcase its autonomous technology. It had to temporarily suspend operations, however, after one of them struck and injured a Paralympic athlete in an incident that Toyota chief Akio Toyoda said showed the technological challenges of autonomous vehicles. read more

U.S.-based Renovo has designed an operating systems for cars that manages vehicle systems and can sort and filter information for sharing, including data that can help carmakers improve vehicle design.

The latest acquisition by Woven Planet comes after it purchased Carmera in August, a U.S. firm that provides real-time, high-definition maps and data for driverless vehicles.

Toyota established Woven Planet in January to invest in and develop mobility with artificial intelligence.

Japan’s leading carmaker is also building Woven City, a “city of the future” at the foot of Mount Fuji in Japan, a community Toyota says will use hydrogen fuel cells for power and be a laboratory for autonomous cars.

Other self-driving partnerships include a joint venture with SoftBank Corp (9434.T) and stakes in China’s Didi Global Inc (DIDI.N) and Singapore’s Grab.