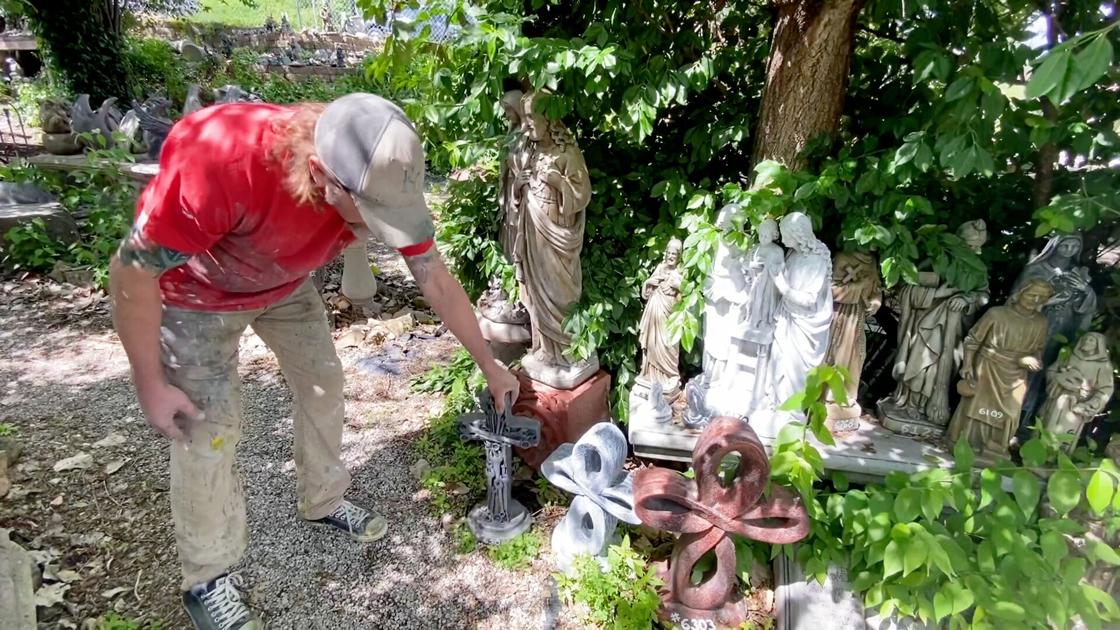 For Todd Cooper, the last 20 years as owner of Twilight Gardens has taught him if a person works hard enough, he can make his dream work.

Cooper never got into selling statuary to become rich, but rather to have his legacy reach further than the city limits of St. Joseph.

“We have pieces in all 50 states. There’s people in the rock ‘n’ roll world that have things that we made in their yards,” Cooper said. “All walks of life are all welcome here and they’ve all supported me. That’s a really cool feeling and it’s something I don’t take for granted.”

Born and raised in St. Joseph, Cooper became interested in statuary in the first grade. His late parents had friends who made statues and supplied local gift shops at the Lake of the Ozarks. Cooper got to take a trip to the factory where suppliers made the molds for the statues, and right then and there his mind was made up about his future.

“I told my parents ‘I think this is what I want to do,’” Cooper said. “I made my first statues in the second grade and from then on I just learned as much as I could about every aspect of it.”

In 2000, Cooper was working at the family business, Cooper Moving. Then the business closed following a retirement, and by the spring of 2001, he was able to open Twilight Gardens.

The business is seasonal and spring remains his time helping customers and working with 20 to 40 molds per day. In the winter, there aren’t many guests wandering through the garden maze, so that’s the time of year when Cooper can get the bulk of his store supply ready to go. Though not all statues are works of his, his original creations create the most buzz among customers.

“That is the absolute most rewarding part of it, bringing something into the world like that that wasn’t there before,” said Cooper.

While the last 20 years have been full of memories and reflection, the next 20 years are ahead for Cooper to think about. He said people have asked him why he doesn’t hire more employees to help him, and Cooper’s response is quite simple.

“I didn’t get into this to watch other people do this,” Cooper said. “I’m at the size I want to be. I’ll never be rich, but it does pay my bills and we get to have a little fun. I will do this as long as I can be the one that does the work and not someone who oversees people do it.”