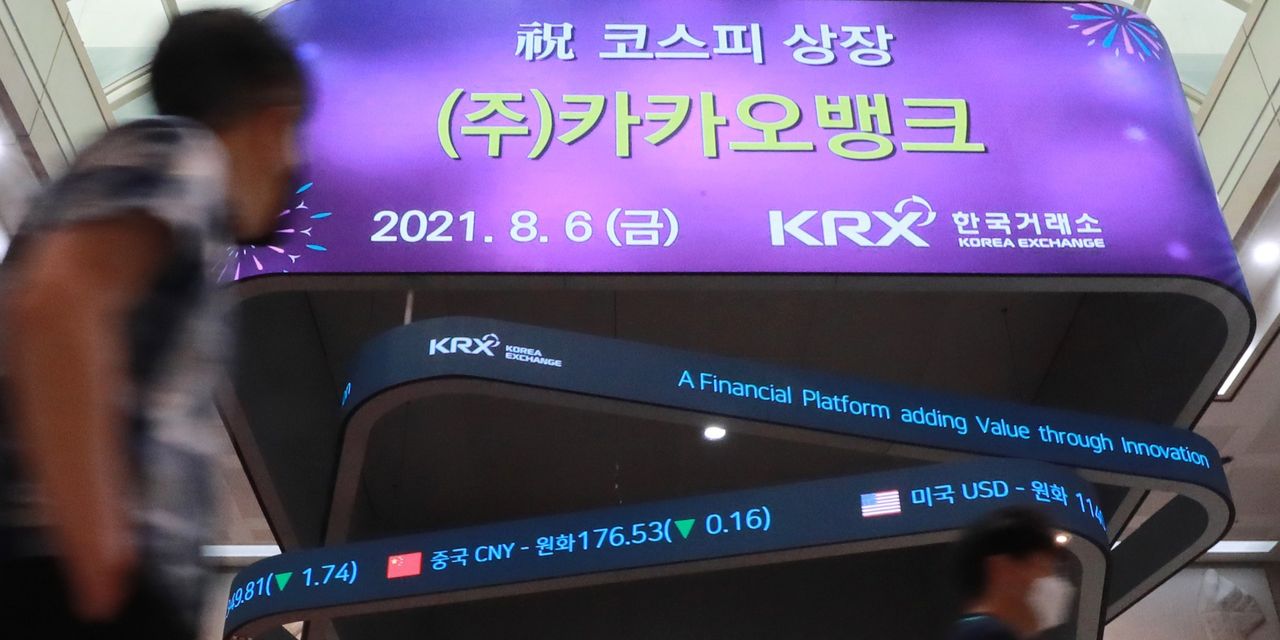 Shares in a newly listed South Korean digital bank and an Indonesian e-commerce group both soared Friday, pointing to investor appetite for tech deals in emerging markets across Asia.

In Seoul, shares in KakaoBank Corp. leapt nearly 79% from their initial public offering price, valuing the online lender at the equivalent of about $31 billion. The company is partly owned by Kakao Corp., the operator of a popular messaging app in South Korea.

The surge lifted KakaoBank’s valuation above those of the country’s two largest banks, KB Financial Group Inc. and Shinhan Financial Group Co. , which both have market capitalizations of roughly $18 billion, according to FactSet.

Meanwhile in Jakarta, shares in online-mall operator PT Bukalapak.com rose by the maximum 25% daily limit on their first day of trading. Bukalapak had earlier raised about $1.5 billion in what was Indonesia’s largest-ever IPO.

Online businesses across the region are enjoying swift growth and many unicorns, or startups worth at least $1 billion, are either preparing to go public, have done so recently, or have raised new funds privately at rapidly rising valuations.