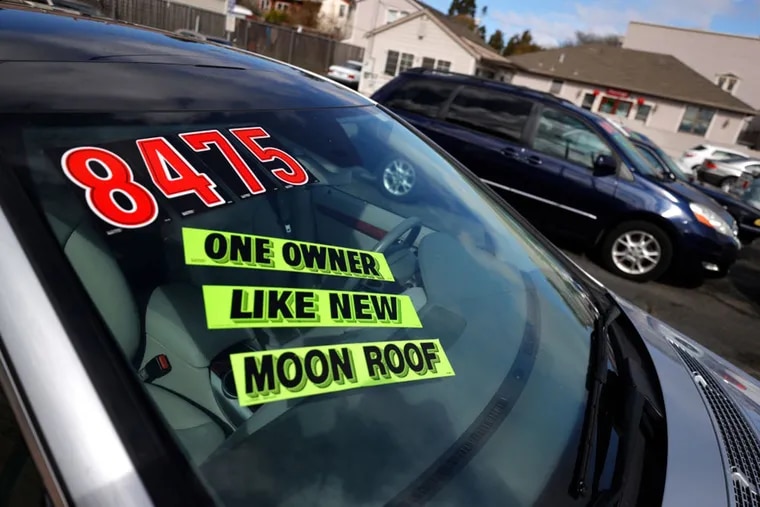 There’s no single reason to explain why inflation is rising.

You can say it’s because of the shortage of both supplies and labor as the world emerges from pandemic lockdowns, coupled with logistics, trucking, shipping, and rail disruptions. You can point to the weather in Texas and the container ship that was blocking the Suez Canal. You can blame our country’s rising debts and the enormous amount of new money that’s been injected into the system by the government’s stimulus spending. You can reason that it’s because of the Federal Reserve’s strategy to keep interest rates low and allow inflation to rise.

It’s not just one factor. It’s all of them. But that’s not much comfort to the countless businesses struggling with inflation this year.

» READ MORE: Rising inflation expectations are the real worry for the economy

“Coming into 2021, we have now seen the gaps that were in our supply chain amplified,” said Bob Rosania, CEO of Philadelphia-based Ehmke Manufacturing Co, a defense-industry designer and manufacturer of technical fabric products. For the last few months Rosania has been dealing with inconsistent supplies and “significant price increases,” which have put a squeeze on his business.

Fred Woll, president of F.P. Woll & Co. a family-owned firm in Philadelphia that provides custom packaging, finds himself in a similar situation.

“I’m having supply-chain issues with where my lead times have gone from a week to four to six weeks,” Woll said. “We have seen the prices of some of our core materials increase as much as 37% right across the board.”

Many economists say that these spikes are temporary and that inflation will even out to 3% to 5% this year.

Even so, increased inflation represents a significant bump in prices compared with the historical 2% to 3% we’ve seen over the last decade. So what are the best tactics for a business in these inflationary times?

Many businesses — from restaurants to parts distributors — are raising prices where they can. Most people have been softening up to these increases. Businesses that haven’t had the opportunity to do this for years — even a decade or more thanks to historically low inflation rates — are implementing across-the-board price increases that not only cover their added costs but add a little more profit.

Unfortunately, raising prices is easier said than done for some. Both Rosania and Wall sell mostly to the government under negotiated, fixed contracts, which makes it almost impossible to increase their prices for these customers. So for them it’s about controlling costs.

One area is the manufacturing floor, where both look to squeeze every dollar out of their current operations by revisiting workflows and processes. Rosania said his company has stepped up efforts to identify any waste in its manufacturing process and reduce the time of production wherever possible.

“We hired an individual about six months ago to be our continuous improvement team leader, and his sole function is to look for opportunities to eliminate waste in our process,” he said.

Both Rosania and Woll have also been actively renegotiating longer-term contracts with their core suppliers. These negotiations often result in having to make commitments and even purchase materials up front. But the strategy serves to protect against significant price increases, even out cost fluctuations, and make it easier to maintain more consistent pricing.

But nailing down long-term agreements isn’t limited just to suppliers. Many businesses are also revisiting property and equipment leases when they can or refinancing short-term credit agreements into longer-term vehicles with fixed interest in anticipation of rising rates that will inevitably come when the Fed begins to counter inflation. Labor shortages are pushing up costs, as well, but even as wages rise employers are negotiating longer-term employment contracts with their key personnel to maintain predictability in the years to come.

All of these actions help control costs. But there’s another important strategy to mitigate inflation: reinvesting in your business. To that end, Rosania has made significant investments in technologies such as laser cutting tables and computer-driven sewing machines. Woll has been upgrading equipment, replacing older die presses, and putting in fans to increase the comfort level of his production floor workers. These actions increase productivity and margins. Every dollar counts.

Smart business people also aren’t trying to stay ahead of inflation by purchasing speculative stocks or cryptocurrency. They’re instead spending whatever excess cash they have on what they know best: inventory.

“I recently brought in about nine trailer loads of critical material,” said Woll, who financed some of the purchases by taking advantage of still-low interest rates. Woll is doing this as a hedge against future price increases. “If we’re going to go out of business it’ll be because there is so much raw material we can’t get in the building anymore!” Is he joking? Probably not.

How long will this inflationary period last and how much higher will prices go? No one really knows. Smart business owners such as Rosania and Woll, aren’t entirely surprised by what’s going on. It’s not as if you can turn off the world’s largest economy for a year and then turn it back on again without there being issues with supply and demand.

“I do believe this will get sorted out over the next six months and we’ll return to a more stable supply chain with less inherent risk,” Rosania said. “That is my hope. In the meantime, we’re doubling down on our basic blocking and tackling to stay ahead of it.”